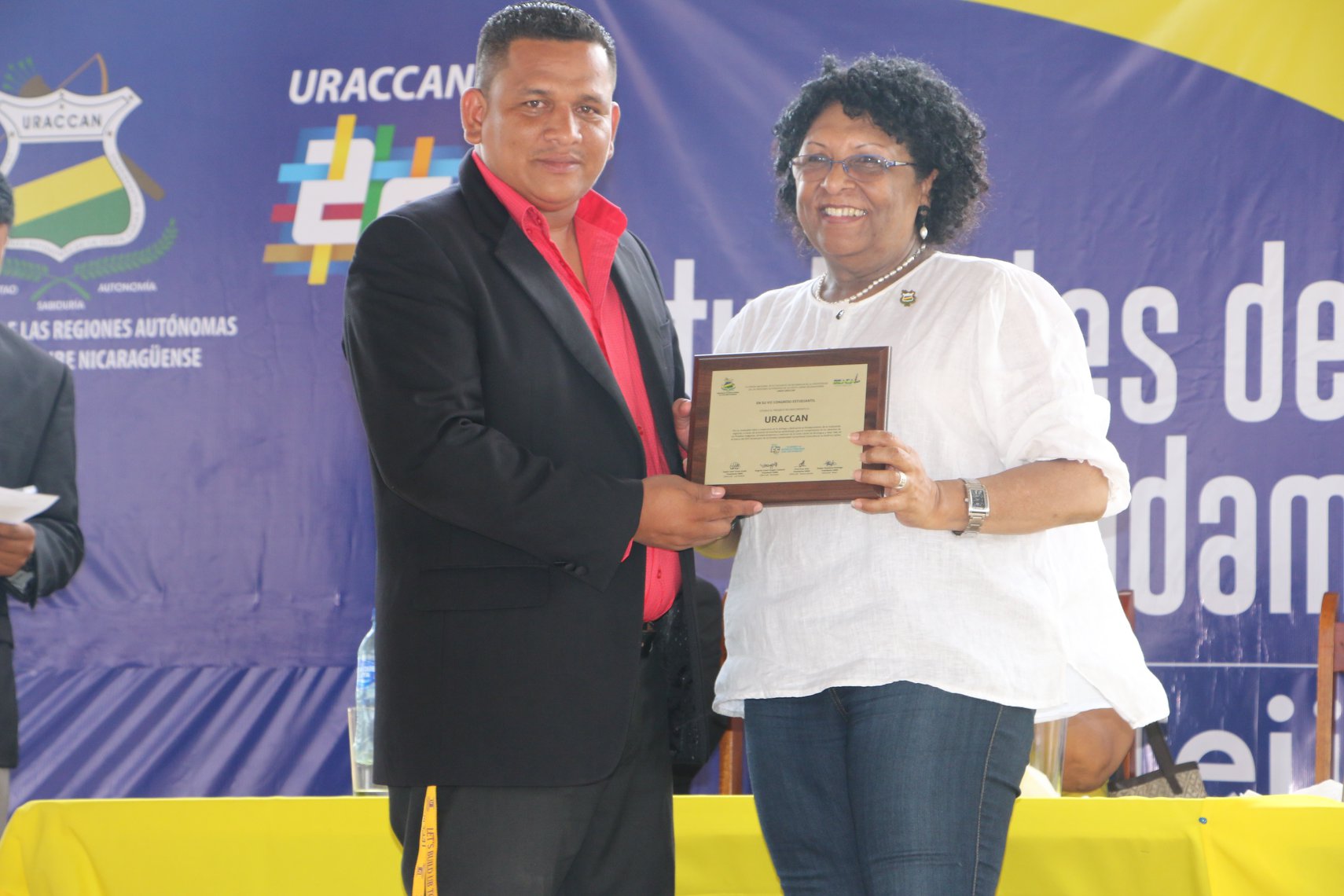 URACCAN's contribution to the development of the Caribbean Coast and the strengthening of its autonomy is undoubted.

The first and certainly the most important in strategic terms, since it is the immediate precedent of URACCAN, is the University Program of Distance Education (PRUEDIS), which between 1995 and 1998, achieved the professionalization of 102 secondary school teachers from all municipalities of the autonomous regions. These education professionals are the first graduates of URACCAN and the Caribbean Coast. Continuity of this entrepreneurship is the professionalization of the teaching in the different areas of Education Sciences, having the effect of a substantial improvement in academic quality on the Caribbean Coast.

Design and implementation of academic programs with their own curriculums, consistent and relevant to the training and development needs of the Nicaraguan Caribbean Coast. Those who have generated knowledge and self-thinking, and who have a projection towards society and towards the development of processes of well-being of the community, collect collective thinking in all its work: teaching, research and extension.

The university's contribution to the preparation of human talents of a national dimension has been characterized in the design and cordination of three Diplomates: two in the category of Community Diplomas and one in Higher Diplomates.The first two were used for the training of educators, educators for the Integral Development of children, carried out in agreement with the Ministry of the Family in 66 municipalities of Nicaragua and in which 13,000 educators and mothers, parents working in Community Children's Centers participated.The second diploma in School Counseling, aimed at the training of teaching staff who are part of the School Counseling Network of the Ministry of Education (MINED).

In fulfillment of the Mission and Vision, the training of 4,215 new professionals, who carry the culture of the University, can be highlighted, the values that inspire its academic and administrative processes, are based on the social extension of the University, no longer as a training center, but as an actor in the integral development of the community in which it participates.

Contributions to the Good Living

Relevant has been the accompaniment to the formation of the Network of Children and Adolescent Communicators and Communicators, in a strategy for hiv and AIDS prevention provided by the Institute for Intercultural Communication (ICI) of the URACCAN. It also highlights the Diploma in Leadership and Political Management designed for five years, 2010-2015, throughout the country with the aim of strengthening the capacities of youth from 16 to 35 years who play leadership roles in civil society and political parties.

Through the Socio-Environmental Information Center (CISA), in coordination currently in the process of officialization at different levels of government in order to make this initiative operational as a long-term development strategy in the Autonomous Regions.

Through the Institute of Natural Resources Environment and Sustainable Development, (IREMADES), among the strategic processes developed, highlights the accompaniment to the territory of Tasba Raya in the municipality of Waspam, which includes the management of the political, historical, economic and environmental rights of the indigenous Miskitu population, embodied in their life plans, as the basis for the exercise of territorial governance , key to the emancipation of the Good Life of Indigenous Peoples.

This process includes participatory research with associative methodologies of traditional knowledge-based evaluation and planning tools; capacity building in specific demands for natural resource management, land coexistence regulations, the paradigms of the indigenous economy and the creation of opportunities for equitable participation with a focus on gender and youth. The process has enabled the empowerment of communities in the management of governance in the Wanki Territory paradigm of Territorial Autonomy.

In the search for the achievement of the right of the populations of the Autonomous Regions to a health system according to their own cultural characteristics, it has been accompanied from the Institute of Traditional Medicine and Community Development (IMTRADEC), the process of developing and implementing models of health care, which have as a perspective the revitalization of ancestral knowledge of indigenous and Afro-descendant medical personnel and their articulation with the official health system. The University has promoted community diplomas for traditional therapists, undergraduate programs for health personnel and has started the career of intercultural medicine. At the request of the African-descendant of the RAAN and the Health Commission of the National Assembly, URACCAN facilitated the consultation and drafting of the Preliminary Draft Law on Traditional Medicine in 2009. 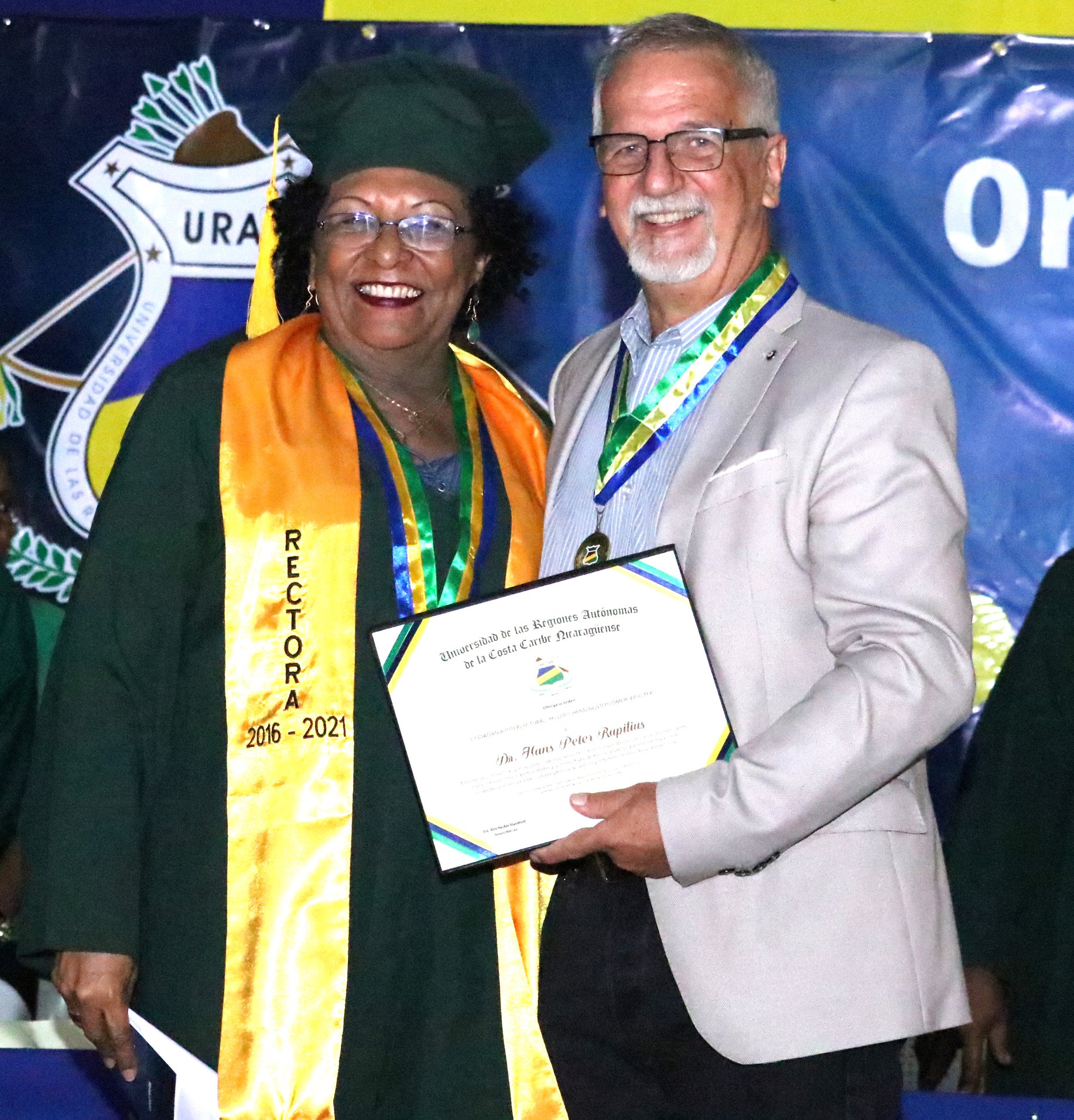 In gender aspects, as part of the work of the Center for Multi-Ethnic Women's Studies and Information (CEIMM), they highlight: The facilitation of processes for the construction, consensus and approval of the URACCAN Intercultural Gender Policy, the design of the Baseline "Intercultural Citizenship of Afro-Descendant Women, Indigenous and Mestizas of the Nicaraguan Caribbean Coast", the accompaniment , for the articulation of the women's agenda at the regional and municipal levels; and the generation of spaces for reflection and debate with the universi- tarian community, as well as the optimization of mass media.

With regard to regional aspects of the Autonomous Regions, the Institute for The Studies and Promotion of Autonomy (IEPA), within the framework of regional elections it has developed discussions with candidates, candidates and the university community in order to know the government proposals of each party. They have conducted the exercise to know the intention of votes of the population. Work is currently under way on a consultancy hired by the World Bank to implement the National Disaster Prevention System (SINAPRED) and the Regional Government.

Among the main impact results, product of the accompanying processes of the University stand out: The momentum and support of the Regional Regional Autonomous Education System (SEAR) and its insertion into the General Law on Education, The impetus to the Regional Model of Health and its Insertion to the General Health Law, the impetus of the Law on Demarcation and Title, the accompaniment to the General Law on Costs , the Consultation of the General Law on Traditional Medicine, already approved by the National Assembly, community accompaniment for demarcation and qualification processes, and the formation of regional and community leadership on the rights of implementation of the 8J Convention on Biodiversity.

The implementation of Community productive economic processes in fishing areas is also accompanied, community forestry, community economies, accompaniment to the Network of Indigenous Peoples of the Pacific North Center: Chorotegas, Nahoas, XiuSutiavas and Cacaoperas for the strengthening of its historic Community Autonomy project, accompanying Regional Councils and Governments with policy initiatives such as the Gender Strategy in the Autonomous Regional Council of the South Atlantic and in several municipalities of the Autonomous Regions of the Coast Caribbean of Nicaragua.

An emerging role in the university field is internationalization, a role that URACCAN has focused on in establishing collaboration agreements with universities in Europe, the United States, Canada, Mexico, Guatemala, Costa Rica, Colombia, Ecuador and Bolivia. These agreements have enabled the push for postgraduate programs, student exchanges, research and institutional strengthening. The Network of Indigenous, Community and Intercultural Universities of Abya Yala has deposited in URACCAN the coordination of this unpublished space in the university history of the continent, being entities that have as their purpose an epistemology, pedagogy and philosophy that is based on the decolonization of being, knowledge and power. The regional, national and transnational impact that URACCAN has accumulated is due to the spirit and identity of its educational community and the livelihood provided to them by indigenous and Afro-descendant peoples in their management and impact on development with identity, living well and living with dignity.