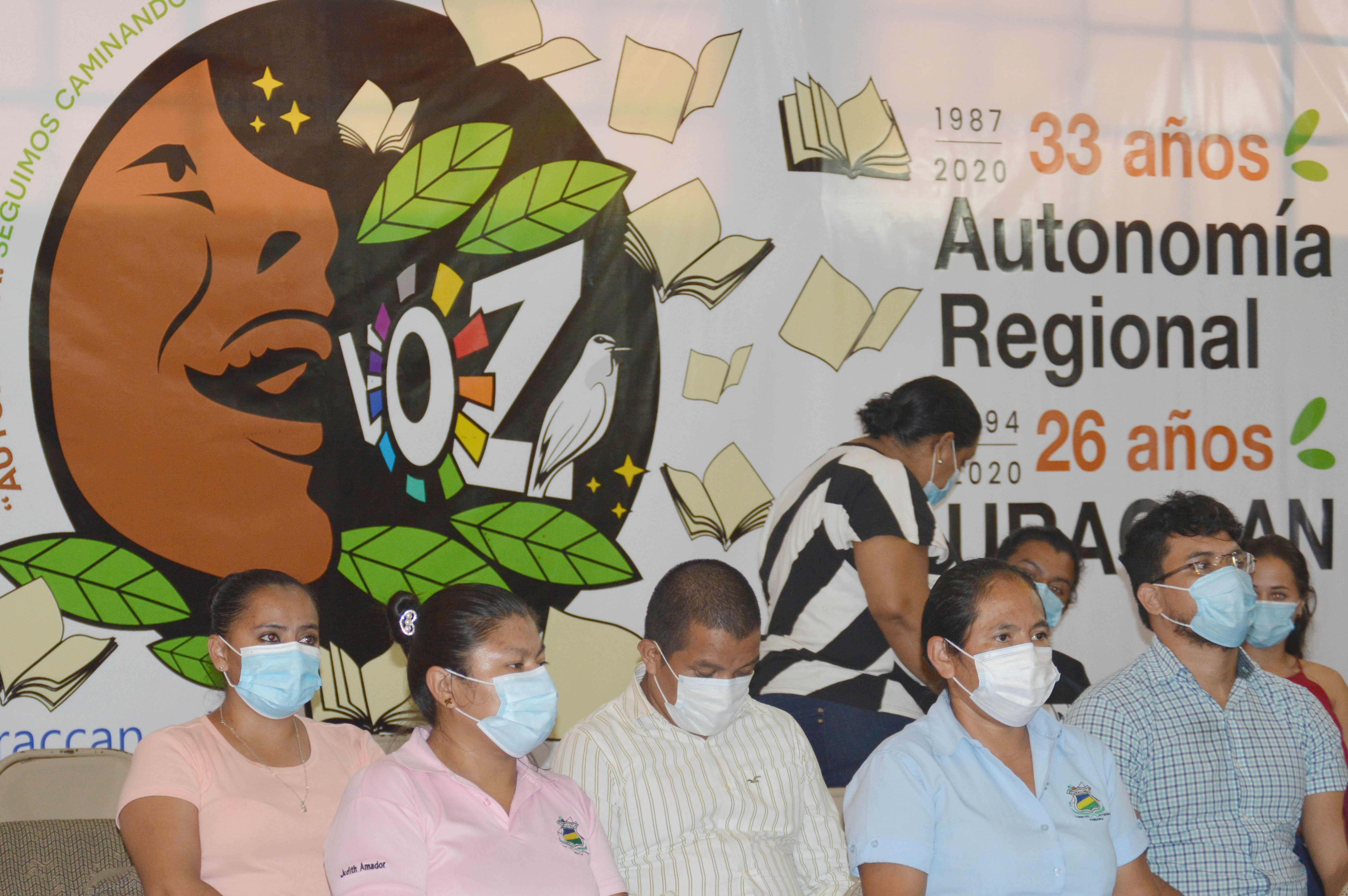 The strengthening of Regional Autonomy has allowed women to participate at all levels of the cost-like society.

Promoting development with the identity of the Caribbean Coast

As part of the 26th anniversary of higher education on the Nicaraguan Caribbean Coast, this Intercultural Community University, in the Las Minas Campus, through the Institute for the Study and Promotion of Autonomy (IEPA), held a forum on Regional Autonomy, with teachers, administrators and students.

The MSc. Sorayda Herrera Siles, academic secretary of the venue, stated that the space served to externalify the feeling of advances and challenges in these 33 years of Autonomy.

The teacher also said that "in this space we analyze the challenges, challenges and commitments made to continue building Autonomy, because it is a collective action, we cannot have autonomy a single person, it is to participate from different spaces each of us".

For the engineer Luis Herrera Siles, Coordinate of the IEPA in the Las Minas enclosure, Autonomy is based on the Political Constitution of Nicaragua. "The constitution recognizes the rights of peoples, it is well defined there," he said.

The MSc. Adrián Puerta, Director of Planning at URACCAN, was one of the drivers of the Autonomy Act and said that among the advances that this law has had is the health system with the recate of traditional medicine, he added that there has been a pluralism according to the electoral processes that have been established to choose in regional elections.

"There are still a number of challenges, but the same autonomy is permeable for the entire population," the academic emphasized.

It is worth noting the Msc. Sorayda Herrera Siles emphasized that Autonomy has also recognized women's participation in public spaces. It is important to mention that URACCAN has been the result of Regional Autonomy.