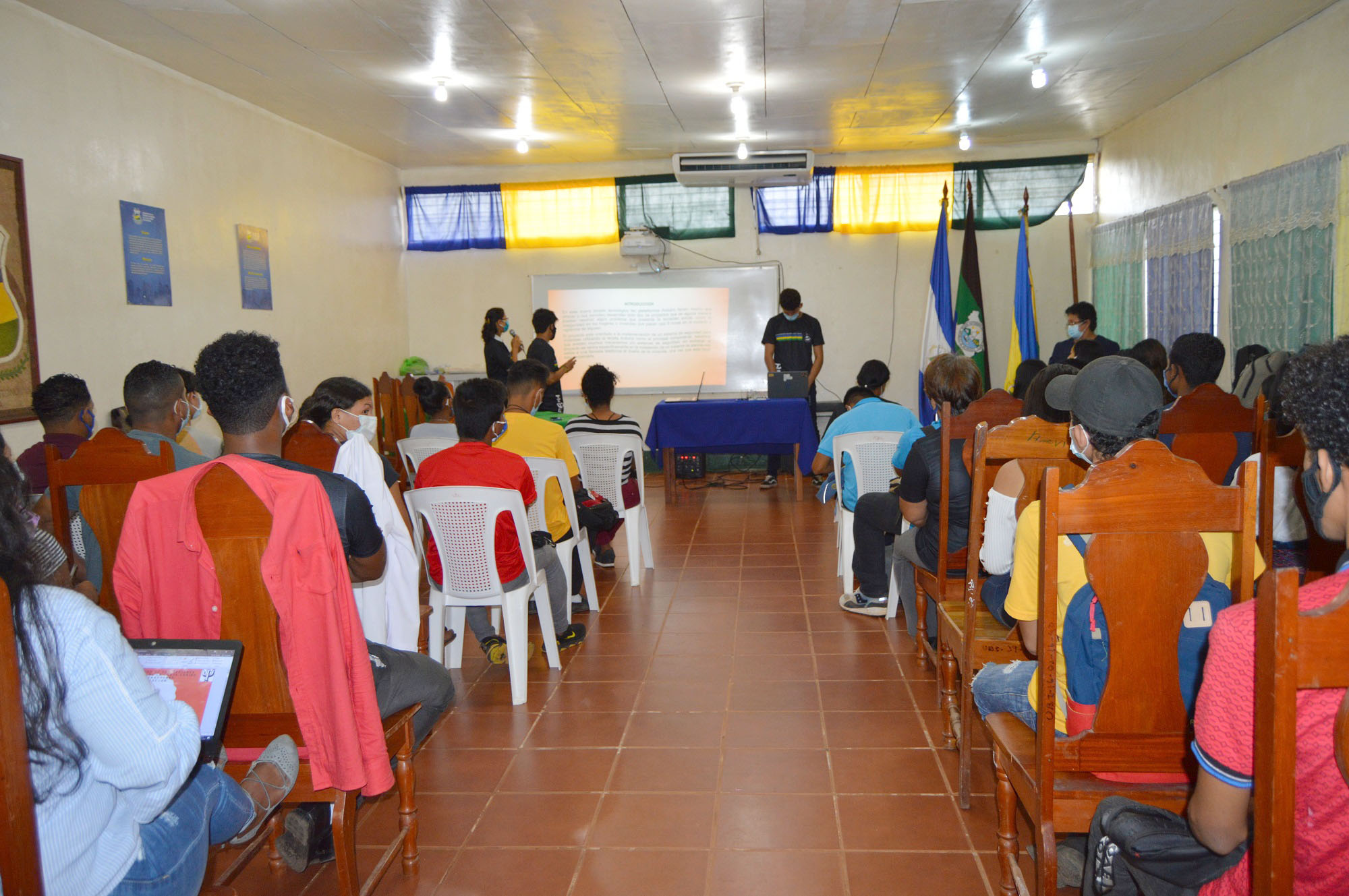 All the works presented are closely related to the context of Nicaragua's Caribbean Coast.

URACCAN Bilwi campus develops commemorative activities in honor of the 26 years of foundation of this house of higher education and the 33 of the promulgation of the Regional Autonomy Law, where the student community stood out with presentations of 30 research of its own at the University Day of Scientific Development (JUDC 2020).

One of the outstanding research was the theme "Good Living of the Mayangna Women of Awastingni", implemented under the methodology of the Cultivation and Breeding of Wisdoms and Knowledge (CCRISAC) and was exhibited by the author, Bra. Jihosmara Jirón, graduate student of the Bachelor of Sociology with mention in Autonomy.

Jirón, is still in the creation of the final process, where coexistence is reflected, and the knowledge and knowledge of indigenous Mayangna women since the perception of good life. "Really my experience within this CCRISAC methodology was a challenge because no student at the university has yet, I am the first, and this challenge allows me to approach the experience of each of the peoples," he said.

Another of the studies with great relevance presented at the JUDC-2020 was by the group of the career of Intercultural Medicine, which focused on the problem of garbage in the city of Bilwi, Puerto Cabezas, and that this has led to the alteration of positive cases of malaria, dengue and other viral diseases.

Jessica Ruiz, student of the SECOND year of Intercultural Medicine, was in charge of exposing the theme: "Community diagnosis in sector 1 and 2 of the Loma Verde-Bilwi neighborhood, Puerto Cabezas, Autonomous Region of the Nicaraguan Caribbean Coast, in the course of February and March of the school year 2020: Garbage as a product of pollution and malaria". In response, the student stated that Bilwi's population faces great consequences from excessive pollution and therefore high levels of malaria cases.

The idea of concentrating the study in the Loma Verde neighborhood is because according to epidemiological studies, "it is the neighborhood with the most cases of malaria; it is important to implement, promote, discuss, about preventive ways, not only malaria, but also pollution," Ruíz emphasized.

This Scientific Day also presented innovative works that strengthen the educational model of the First Intercultural Community University in Latin America, URACCAN, which involves the fusion of teaching-learning from the theoretical part with practice, as was the case of students of Systems Engineering, who presented a study on the Housing Safety System, by Joan Sebastián Larios and Yader Mejía , who were part of the Robotic Certification course with Arduino.

Another end-of-year work presented at the JUDC was the realization of a wine based on Jamaican flower, being an ancestral drink by the Creole people, made by the young Sharane Zapata Bush, student of the THIRD year of Psychology in Multicultural Contexts, "we call it Hibiscus Wine", this is due to the scientific name of the ingredient used Zapata said.

Zapata Bush emphasized that it is important to participate in scientific conferences because in this way the student community has new knowledge of the different work they do since their careers, they also offer the product made by their own hands, "it is an extra gain for us, since we can make ourselves known as a brand," he said.

Each of the research presented in this twenty-second edition of the University Day of Scientific Development has great relevance, because it is shown that URACCAN promotes spaces for the creation, recreation of intercultural wisdoms, practices and scientific knowledge, in addition the Mission and Vision of this alma mater are fulfilled.
Tags
URACCAN Bilwi
JUDC
CCRISAC
Publicado:
2020-10-26
Escrito por
Neylin Calderon
Previous
Next
sfy39587stp16