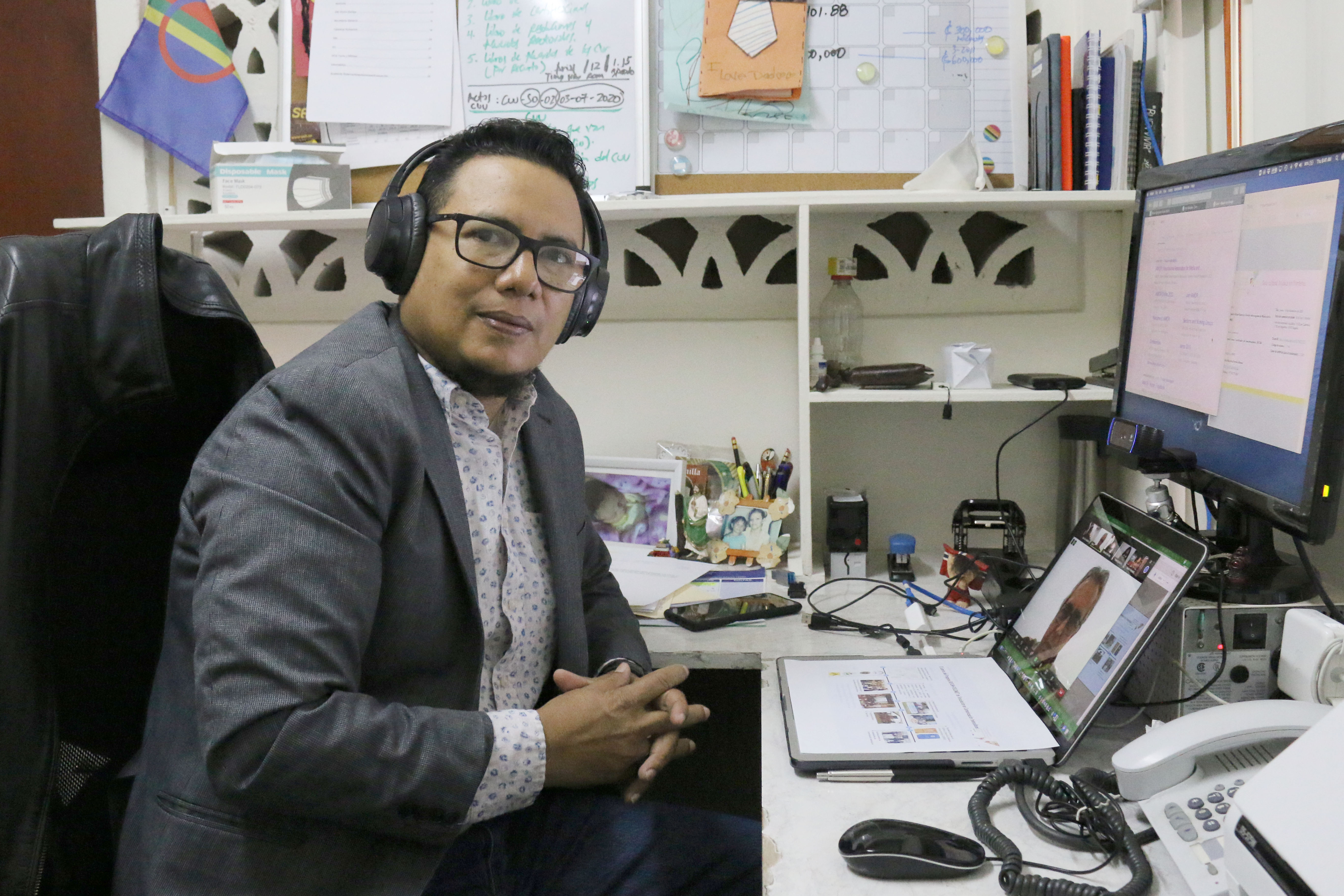 The URACCAN project, as the best proposals by category, will be published in the Ibero-American Manual of Good Practices in Internationalization.

Consolidating its quality in teaching and research, as well as its community commitment

As projected by the Organization of Ibero-American States for Education, Science and Culture (OEI), the winning universities of the call for Quality Practices in Internationalization came together in a virtual seminar to showcase their flagship projects. URACCAN, as an award-winning institution, presented this morning "The Path of the RUIICAY-OSLOMET Program for Linking in Intercultural Communication", for which the leadership and timely efforts of its rector, Dr. Alta Hooker, have been decisive. The exhibition was carried out by Dr. José Saballos, general secretary of this study house and general coordinator of this project.

It should be recalled that, among 59 universities in 14 countries, in October 2020 URACCAN won in the category of "International Extension Programs and Initiatives and Development Cooperation Programmes", of this call. In addition, through its project, URACCAN contributes to the IEO strategy entitled "Universidad Iberoamericana 2030", which hopes to "increase the international attractiveness of the university systems of the region and promote exchanges and cooperation between our universities, all from a determined institutional commitment to the elimination of barriers to university mobility".

The RUIICAY-OSLOMET project has two major impacts at the international academic and community level: the first is the formation, in 2008, of the Network of Indigenous, Intercultural and Community Universities of Abya Yala (RUIICAY); and the second is the proposal of ccRISAC's own research paradigm (Cultivation and Breeding of Wisdoms and Knowledge), which addresses the realities of peoples, reaffirming the university's commitment to the community.

RUIICAY is coordinated by the rector of URACCAN, Dr. Alta Hooker, and is currently composed of 10 universities that, in turn, are articulated with the indigenous, Afro-descendant and ethnic communities of their countries and constantly seek the quality (well done) and the relevance of programs and processes for and with peoples.

URACCAN's International Master's Degree in Intercultural Communication with Gender Approach is the focus of this project and has enabled, among other significant advances, strengthen institutional capacities, establish partnerships for interuniversity cooperation, foster student mobility, integrate indigenous and Afro-descendant academics into the areas of higher education, and establish bridges to demolish the "pernicious historical legacy of discrimination , racism, violence and invisibilization against peoples."

Also, from this internationalization project, URACCAN has established its Intercultural Communication Laboratories, from where it accompanies peoples, making their processes of self-management and development visible with identity. Likewise, he instituted the declaration of RUIICAY and is currently building the epistemological bases of CCRISAC, in collaboration with the Autonomous Intercultural Indigenous University (Colombia) and the Amawtay Wasi Pluriversity (Ecuador), and under the auspices of Norwegian cooperation.

All this walk has been achieved from the Regional Conference of Higher Education (CRES 2008, 2018), from where the theme of interculturality has been positioned as a transversal axis of education to and open dialogues, bridges and exchanges that strengthen community accompaniment. Therefore, in their philosophical bases, the educational institutions that are part of RUIICAY confirm that: "we have created ourselves from the cultural and cosmogonic roots of peoples, to become educational servants for the good living and the construction of intercultural citizenships of peoples in close harmony with nature".

URACCAN's proposal, as "the best proposals by category, will be published in the Ibero-American Manual of Good Practices in Internationalization, whose main objective will be to give visibility and promotion to these projects to inspire other universities in the region in enhancing their internationalization processes".