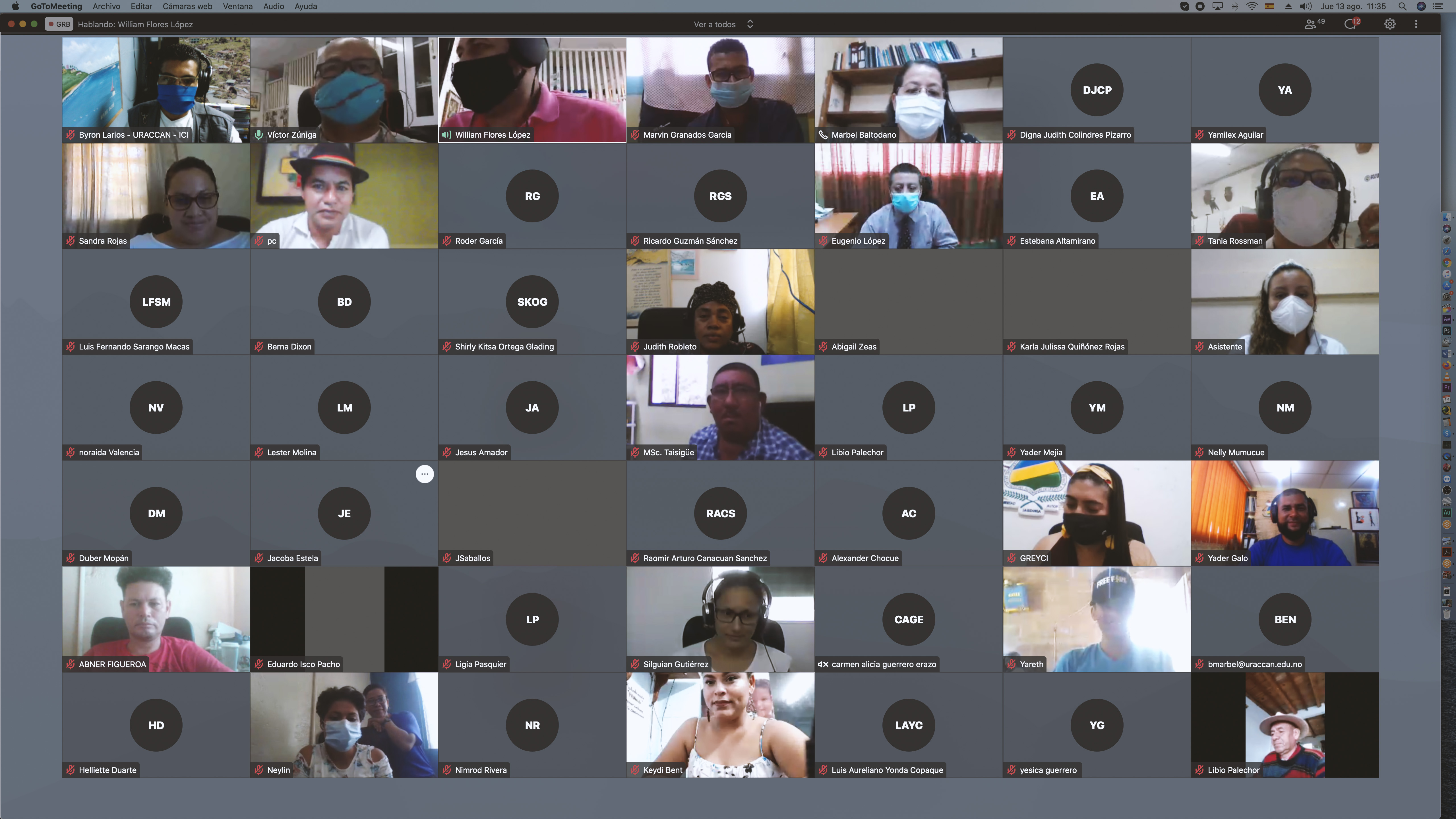 Colombian researcher of the IAUIN reflects on the path of the Chakana.

URACCAN, from the Directorate of Innovation and Entrepreneurship (DIE), organized this morning, August 13, 2020, a webinar entitled "Walking the Chakana to feel wisdoms and knowledge such as Runa Yanakuna", by the teacher Lenin Anacona Obando, of the Autonomous Intercultural Indigenous University (UAIIN) of Colombia.

This important academic activity, which was attended by national and international teachers, students and researchers, represents the efforts of three Latin American intercultural universities that are laying the epistemological foundations of the CCRISAC (Culture and Breeding of Wisdoms and Knowledge) research paradigm.

The three higher education institutions participating in this momentous project are: URACCAN; UAIIN; Amawtay Wasi (PAW), Ecuador. As part of the webinar cycles organized by the DIE, he invited the group of researchers responsible for deepening the epistemological basis and building the methodological step by step for the implementation of CCRISAC in a framework of decolonization of thought and intellect, which contributes to the good living, living well and with dignity of the original peoples.

Importantly, this epidemic project is being carried out through the unconditional support of the Norwegian Programme for Capacity Building in Higher Education and Research for Development (NORHED) and the Norwegian International Student and Academic Assistance Fund (SAIH).

The three ways to come to knowledge: by walking the word

In this context is that Master Anacona developed his reflection on "The Road of the Chakana". First, it is necessary to explain that, according to Dr. William Flores of URACCAN, CCRISAC comprises three ways to come to knowledge through research, and each path constitutes a methodological proposal of the universities that make up this academic project, rooted in the profound reality of the original peoples.

These three paths are: The Road of the Chakana, of the IAUIN; URACCAN's Path of Knowledge Creation and Recreation of Knowledge, Knowledge and Practice; and THE PAW's Relational Symbolic Vivencial Path.

The Southern Andean Cross: the return to cosmic forces

Regarding the path of the "Chakana", which was the central theme of today's webinar, it represents a reorientation of thought inwards, of returning to the origins. That's where the Chakana comes in, which "is the Southern Andean Cross, which is part of the Centaurus Constellation, which guides us south at night", where experience is fundamental to the construction of knowledge.

The Chakana Road represents the return to the four cosmic forces: Yachay, Munay, Ruray and Ushuay. The first embodies reason (knowledge, epistemology, learning); the second returns us to affectivity (love, passion, intuition); the third reflects the action and complementary between man and woman (do, experiment, build); and the fourth, the return to the Pachamama (power, energy, vitality).

Through this proposal, Master Anacona teaches that the territory is the one who speaks. The researcher must learn to feel the way the earth acts on him, to listen to what the elements tell him. Therefore, CCRISAC goes beyond qualitative and quantitative approaches to Western research paradigms.

In this sense, Master Gerardo Simbaña of the PAW stated that, from these paths, which are part of CCRISAC, communities are conceived as subjects and not as objects of research, incorporating their own philosophical concepts, epistemic categories originating in indigenous peoples, which have historically been condemned to Western "epistemicide".

It is here that Simbaña concludes, where the need arises from the universities that make up RUIICAY, under the coordination of Dr. Alta Hooker, to take on the challenge of finding new ways to build knowledge based on her own. And this is where the CCRISAC proposal, whose research team is made up of Dr. William Flores and URACCAN's teacher Jorge Velasquez, fits in; as well as the Colombian master's degree Lenin Anacona and the Ecuadorian master's degree Gerardo Simbaña.