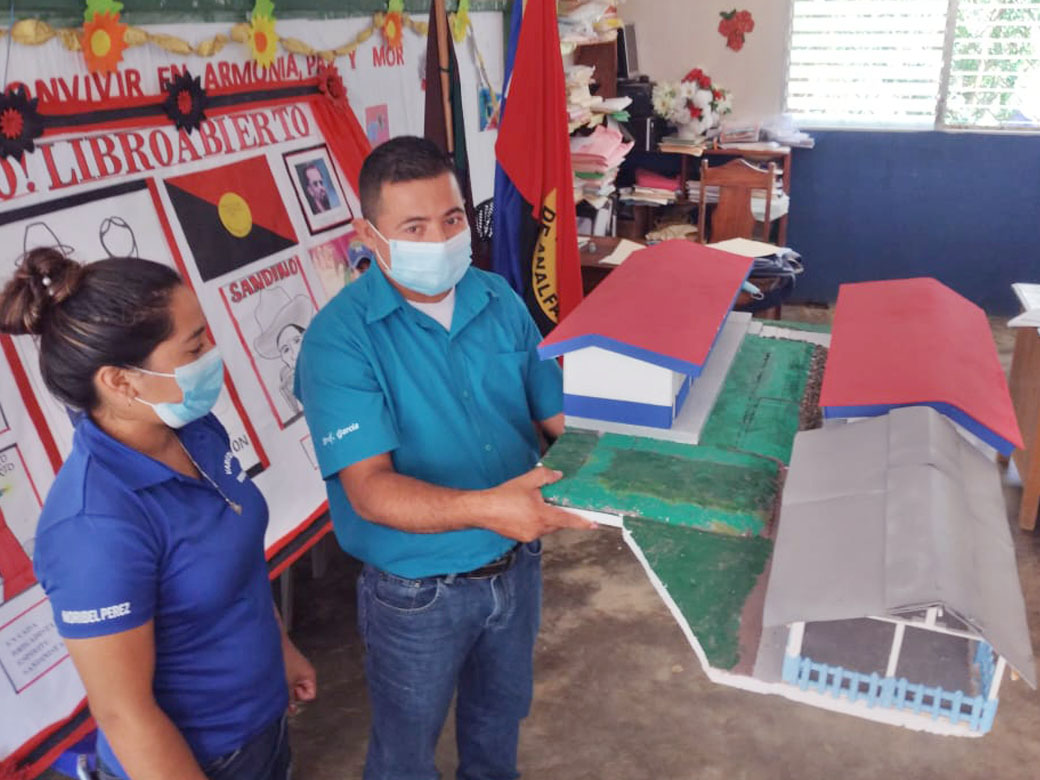 One of the students of the Social Sciences career handing over her model to the principal of a School Center.

A total of 20 fourth-year students of Social Sciences with Mention in Local Development began the delivery of models to different urban hostels in Siuna, in order to report on the nine areas established by Law 337, Creative Law of the National System for Disaster Prevention, Mitigation and Care.

This process was carried out in articulation with the directors of each of the hostels and the Municipal Committee for Disaster Prevention, Mitigation and Care of Siuna, as part of the subject of "Climate Change and Risk Management", taught by Luis Herrera Siles, support teacher of the Institute of Studies and Promotion of Autonomy (IEPA).

Fernanda Puerta, a fourth-year student of the career, recounted that, in the neighborhood, "I did not know where a hostel was left for the moment of a phenomenon and with those models it makes clear the organization at the time of having an affectation and here is the Rafaela Herrera school in the Gilberto Romero neighborhood and there we realized that there are nine places where the different areas must be within a hostel".

"The work we deliver, apart from the model, bears the names of the people who must occupy the different areas and in the model we made the structure of the school and we already delivered the model to the headmistress of the school," said student Puerta.

At the La Esperanza School Center, Professor José Santos García said that they accompanied and contributed in the process of drawing up the model. The students "took pictures of the center and the information, to have the care plan and I'm happy because they did a good job that helps the learning of the same students at the school."

URACCAN Las Minas develops articulation processes between local actors so that their students and their teaching plant can realize synergies that allow to share knowledge, knowledge and practices with the community, from their Intercultural Community University Model.