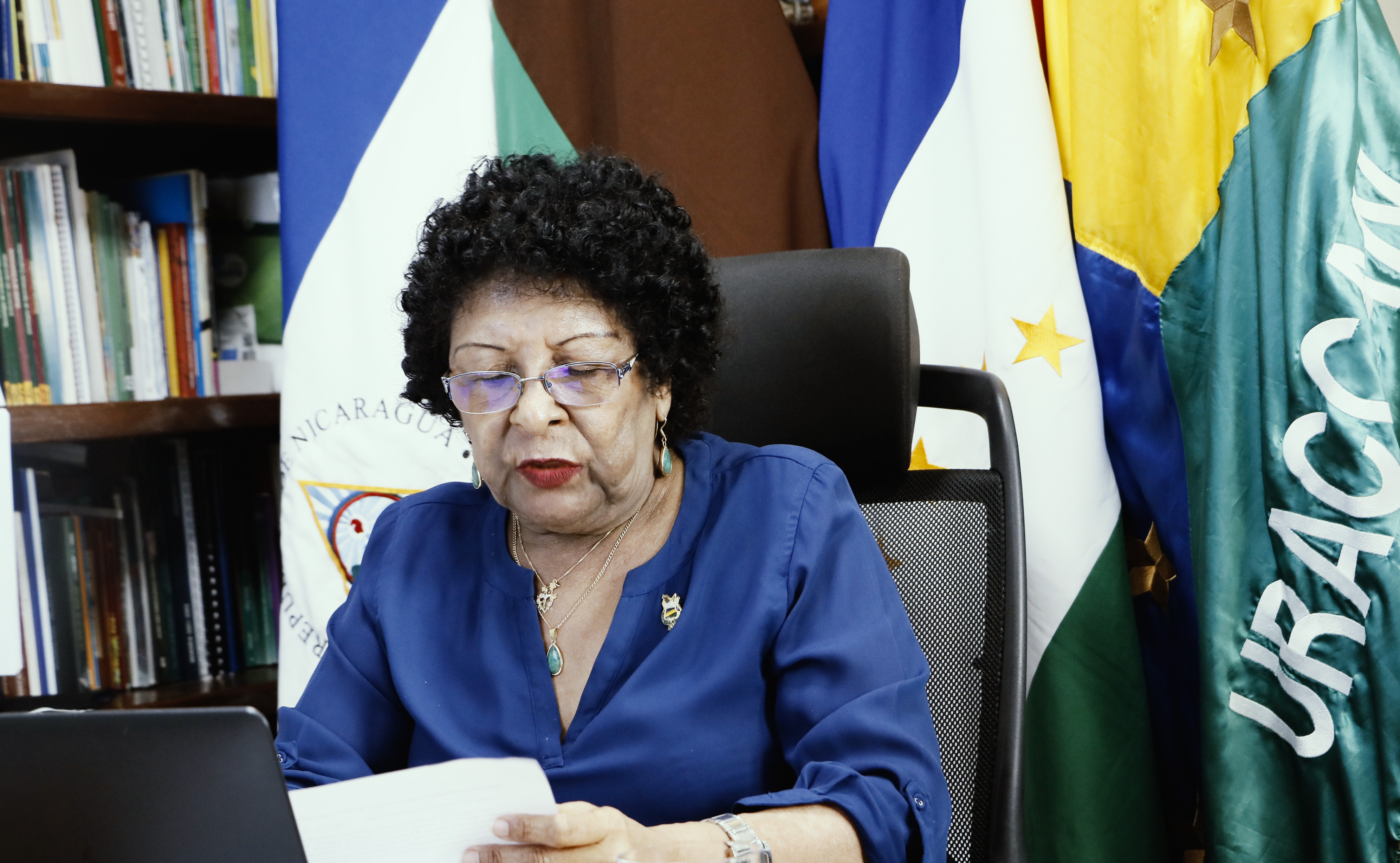 Dr Hooker: "The UNESCO Chair of URACCAN is based on the dialogue of knowledge and actions with participation".

Through a webinar with West Chester University, Pennsylvania, USA.

The magnificent rector of URACCAN, Dr. Alta Hooker, provided a webinar entitled "The UNESCO Chair on Indigenous Native Wisdom and Knowledge", thus attending the special invitation extended to her by West Chester University, Pennsylvania, USA, to share the experience of this institution of higher education in the processes of training, management, development and regional strengthening of the Caribbean Coast , within the framework of the Unesco Chair.

This invitation was addressed through Dr. Raúl Fregoso Bailon, who is currently a member of the International Advisory Committee of the UNESCO Chair of Democracy, Global Citizenship and Transformative Education. Hence the interest of the American university in the UNESCO Chair of URACCAN acquires academic significance.

Dr. Hooker's master lecture also integrates with a postgraduate degree in Latin American Education Philosophies, led by Dr. Fregoso, of Mexican origin, for whom URACCAN's experience is fundamental in terms of his social and community commitment to all ethnic groups that have historically been marginalized and whose stories are a fundamental part of the Latin American being.

In front of an audience made up mostly of foreign academics, Dr. Hooker contextualized the realities of the Autonomous Regions and the indigenous, Afro-descendant and mixed-race peoples who have inhabited them historically, emphasizing their culture, traditions, spirituality and worldviews, as well as the role that community participation plays (leaders, traditional doctors, regional governments, among others) in the identity development processes that URACCAN promotes in its territories.

In this sense, Rector Hooker highlighted the Model of Intercultural Community University, on which the pedagogical model of URACCAN is based, which responds to the professionalization needs of the original peoples, but also emphasized the intercultural gender perspective that runs through all the training programs, research and projects promoted by this house of studies.

Throughout her profound dissertation, Dr. Hooker was defining all the elements that constitute the UNESCO Chair of URACCAN, as well as the achievements that have been realized, such as the formation of the Network of Indigenous, Intercultural and Community Universities of Abya Yala (RUIICAY) and the interuniversity construction of the research paradigm CCRISAC (Culture and Breeding of Wisdoms and Knowledge). There also stand out the dialogues between African-American and diaspora women, the intercultural model in health and the intercultural gender perspective, through the institutes and research centers of URACCAN.

The rector stressed that, although there are other UNESCO chairs, the particularity and success of "The UNESCO Chair of URACCAN is based on the dialogue of knowledge and actions with the participation of sages, indigenous people, Afro-descendants, international researchers and university professors".