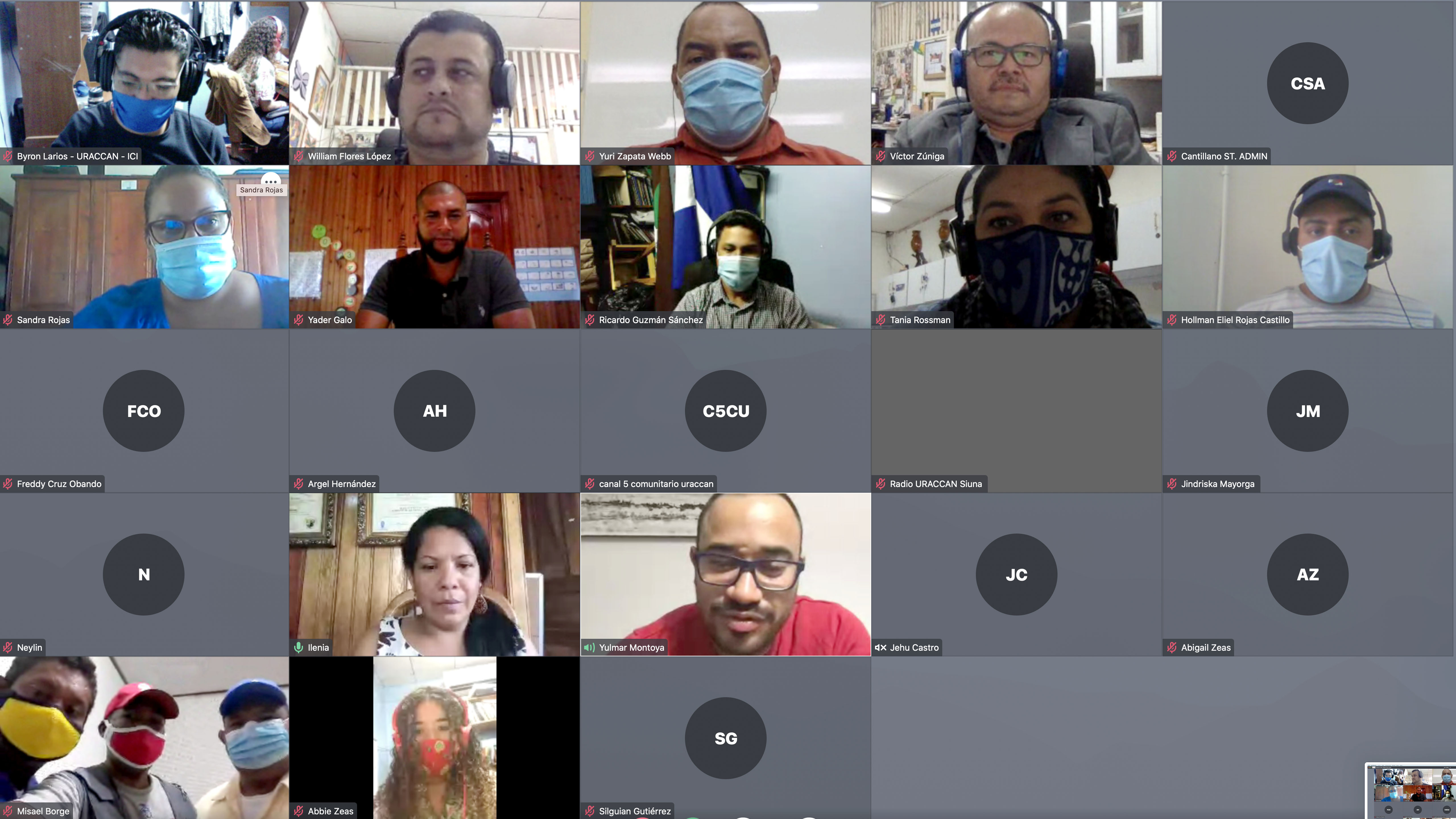 The activity was moderated by Dr. William Flores, coordinator of the UNESCO Chair of URACCAN.
Por
Ricardo Guzmán
Publicado
2020-10-08
URACCAN

Although indigenous and Afro-descendant peoples have achieved, through national and international legal instruments, the recognition of their rights and ways of life, there are still large gaps in their applicability and practice. In this regard, this morning a webinar was held on the topics "Environmental Knowledge" and "Legal Pluralism", framed in the research paradigm CCRISAC (Cultuvo and Crianza of Wisdoms and Knowledge) promoted by URACCAN. The first presentation was in charge of the MSc. Sandra Rojas Hooker and the second was performed by MSc. Yader Galo, both officials of the Bilwi campus of this educational community.

This valuable space for discussion was organized by the Coordination of the UNESCO Chair: "Wisdoms and Knowledge of Peoples", and by the Directorate of Innovation and Entrepreneurship. After the in-depth analyses developed by Rojas and Gaul, the triad of academics composed of the MSc. Tania Rossmann, MSc. Ilenia Garcia and MSc. Victor Zúniga, they set out their views, as critical as they are fascinating.

Legal pluralism and administration of justice: law in its practical dimension

The dissertation of the red teacher was based on the premise that Nicaragua has been a signatory to various legal instruments and that, because of them and the existence of the ethnic plurality of the Caribbean Coast, several systems of law coexist in the country that recognize indigenous and Afro-descendant peoples. On the one hand there is the state legal system, on the other hand the international laws to which it has been attached and, on the one hand, customary law.

At this point, teacher Rojas Hooker, who is also director of the Institute for Studies and Promotion of Autonomy (IEPA) of URACCAN, categorically clarified that the State of Nicaragua did not establish indigenous law, but that it already existed and nevertheless passes over it and recognizes it but under unequal conditions, a case of marginality. This therefore creates a structural contradiction that disadvantages the ancestral practices of justice.

Despite the IEPA's director, that state law such as customary law has the same level of competence, in the exercise indigenous and Afro community leaders are used by the system as mediators in less mild conflicts, in order to reduce judicial arrears and decongest the courts.

This interesting reflection was agreed by the brilliant intervention of the Rossmann master's degree, who ensured that the same situation took place at other professional levels. A record of a traditional indigenous physician (and thus ancestral culture, beliefs and practices), Rossmann exemplified, is not valid within our system; will never have the same value as the constancy issued by a conventional physician. In the second case, any institution or company would grant regulatory subsidy. In the first, the person could be crossed out from superstitious to more.

Environmental knowledge: from crisis to hope

To begin with, Gaul analyzed pollution statistics and their consequences in large cities, from which greenhouse gases derive. His reflection is that many of us seem to be "concerned", but we do not seem to be "busy", that is, we have a superficial knowledge of the problem but do not concrete actions to prevent its progress and destruction.

From this, there is a large legal conflict: in the face of the global and regional environmental crisis, there are many laws to protect ecosystems. However, the same States violate these laws and make natural concessions for extractivist activities. One case that encompasses this problem, but could also be hopeful, is that of the Mayangna community of Awas Tingni, which took the State of Nicaragua to the International Court of Human Rights, as it had granted the forests of its territory to the company Solcarsa S.A., for timber exploitation. Thanks to international legal instruments, the Government had to compensate for the harm to the indigenous community.

However, Galo assures that although this community has already demarcated its territories and holds its title of ownership, in accordance with the stages of sanitation stipulated in Law 445, it still faces two major problems: it has been numerically reduced and has been pushed further to the bottom of the forests by settlers who have seized its territories and assigned them to activities that increasingly expand the agricultural frontier.

This webinar aroused great interest, so much so that, in both themes, much remained to be analyzed and debated. Its authors, who are candidates for URACCAN's PhD in Intercultural Studies, made valuable proposals, which do not fit in a press release. So we invite you to see the full webinar on the Facebook page of this intercultural community institution.