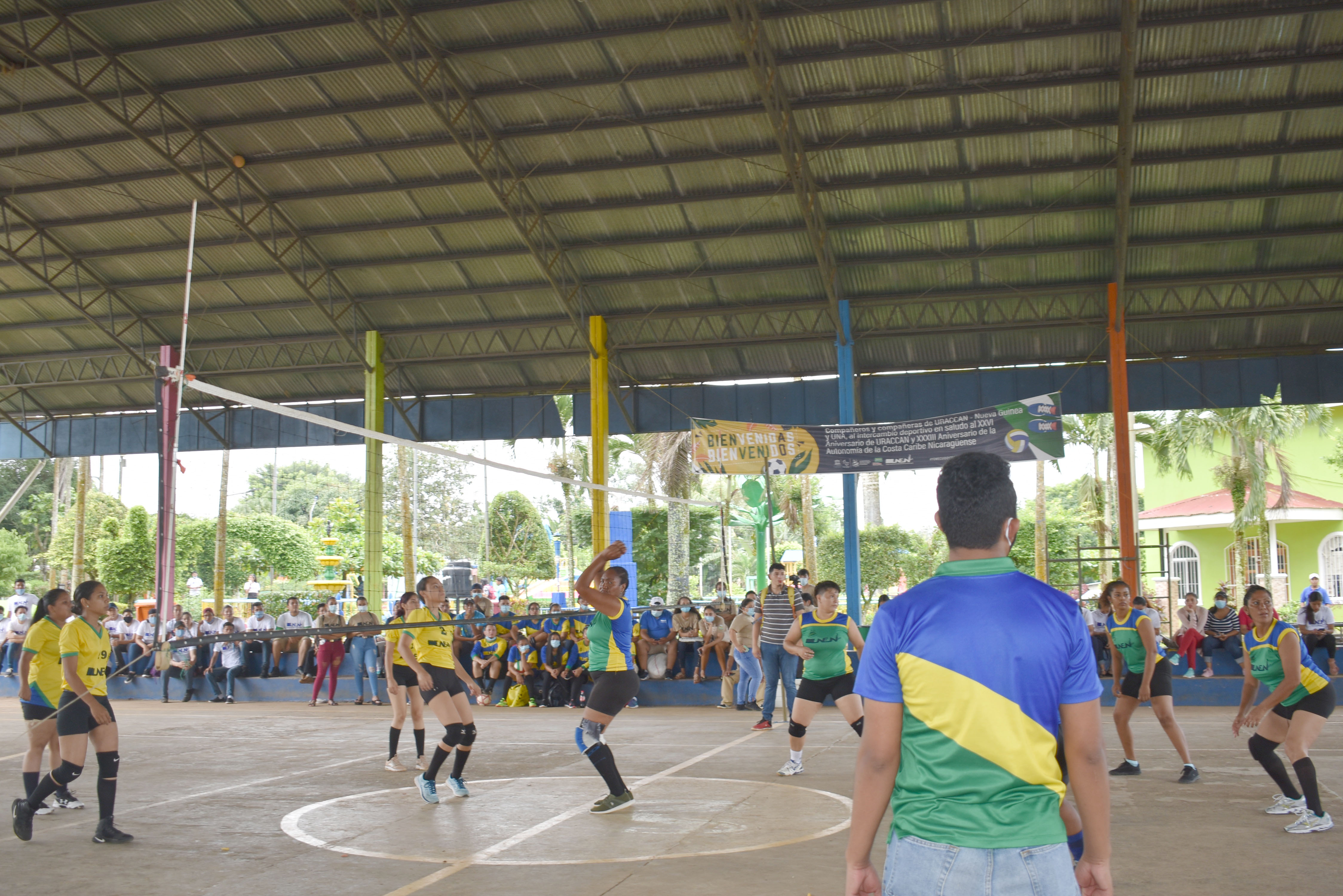 Since it is a sport that requires a lot of physical activity, the young women did not wear masks during it, but went through URACCAN's safety protocol.

With a sporting meeting between the women's volleyball teams of the URACCAN venues in Bluefields and New Guinea, she began a student exchange in commemoration of the 26th anniversary of the First Intercultural Community University of Latin America and the 33 years of Regional Autonomy. This activity was organized by UNEN and Student Welfare, thanks to the unconditional support of Rectory, and is part of a series of meetings scheduled for the month of October.

With their bars activated until the end of the match, the young athletes of URACCAN opened this event with great highlight, which will be held with the university community of the four enclosures and extensions, as a result of walking the university during their years imparting knowledge and knowledge to train men and women who contribute to the strengthening of Regional Autonomy.

In this sense, teacher Yamilex Aguilar, head of Student Welfare in New Guinea, stated that "we are starting sports games with women's volleyball teams, after this game women's futsal teams face off to end the men's futsal match."

According to Aguilar, "for the Student Welfare Guild it is very satisfying to promote healthy recreational activities in students in which they share with other URACCAN students from other venues, in that exchange of experiences and sports skills so that they feel that the university is present in all spaces".

Ing. Axell Molina, student welfare culture promoter at the Bluefields venue, reported that "the New Guinea team was the winner, winning two sets out of three."

"Soon, teams play at Bluefields on October 17, the second game, in which we seek the interaction of young athletes through these friendly games," the official advanced.

During the match, the young women of both teams gave everything to win competitively, while still sharing the healthy recreation, which in the end is what is being projected in this sporting event.