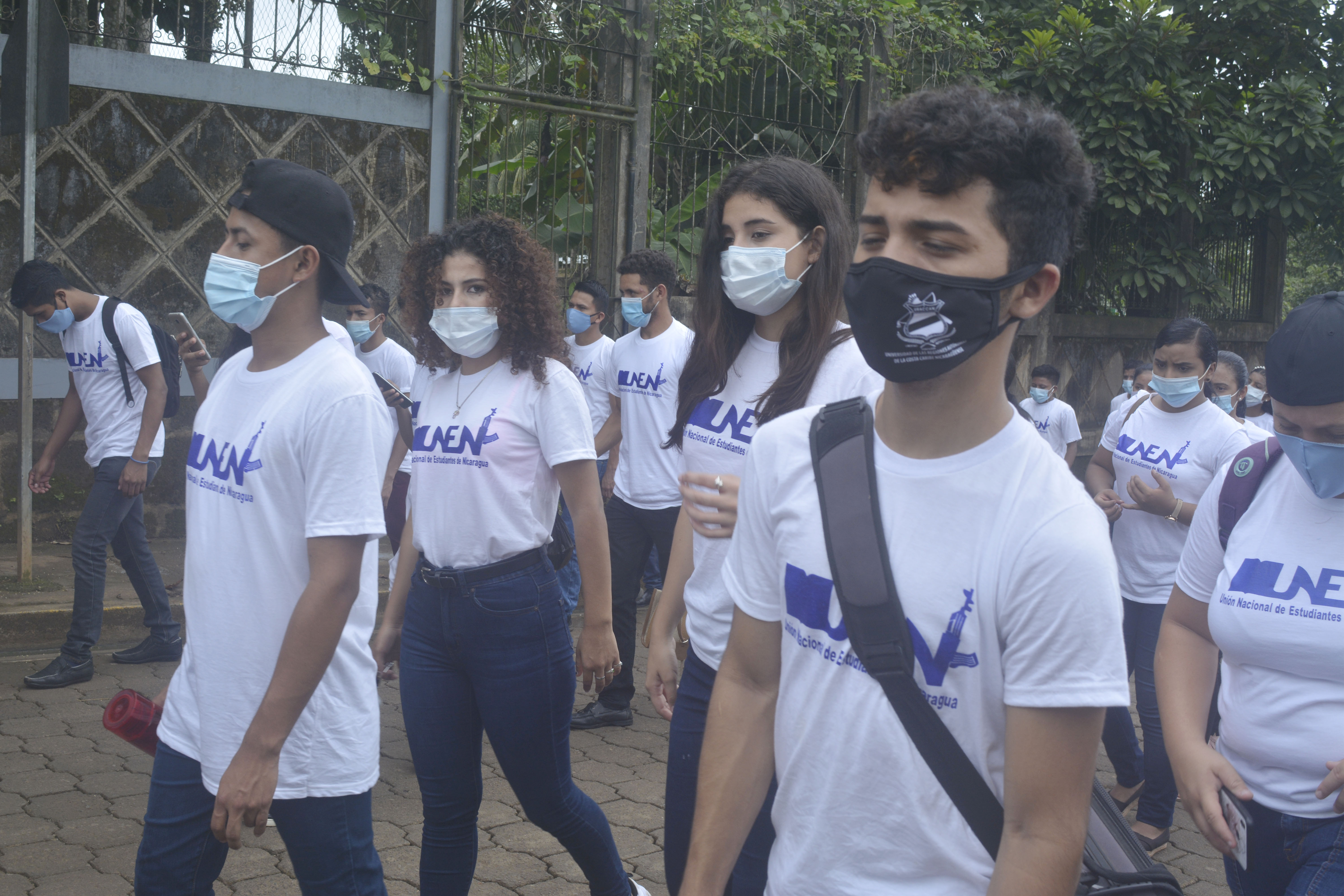 The URACCAN educational community has since welcomed the 33rd anniversary of the enactment of the Autonomy Act and the 26th anniversary of its founding as an intercultural community university. Therefore, from the New Guinea venue, the first sporting meeting between students of this campus with students from the Bluefields campus is being developed. A total of 82 university athletes are accompanied by UNEN from both locations and by the staff serving the Student Welfare area.

This meeting began with a walk that departed from the Sandino roundabout of this city and concluded in the central park, where the games will take place. The activity was attended by university and municipal authorities.

The PhD. Eugenio López Mairena, vice-chancellor of the venue and host of this meeting, stated that, "this is part of URACCAN's commitment to the promotion of sport, culture and language", stressing that "this sporting event is in greeting the 26th anniversary of our university and the 33rd anniversary of the promulgation of the Regional Autonomy Law".

In this regard, Mr. Filemón Gámez Lanuza, departmental political secretary, sent greetings on behalf of the Government of Nicaragua "and congratulations to the university community for starting to celebrate its anniversary and especially to the teacher Alta Hooker, rector of URACCAN".

Gámez Lanuza explained that "autonomy has brought to the Nicaraguan Caribbean Coast university education, education and free health, as well as road accessibility with the construction of a wonderful road". In addition, he invited further strengthening this autonomy "through sport, culture, education".

The sporting meeting that further unites the bonds of brotherhood between the university community and its various venues is teamwork. Rubel Chamorro, president of UNEN-URACCAN, confirmed that "as a student leadership we have taken the initiative to open those 26 years of foundation of our alma mater, but at the same time those 33 years of the Regional Autonomy process"

Chamorro explained that "these sporting events are among all URACCAN venues; In the South Caribbean: New Guinea and Bluefields; and then we moved to the North Caribbean: between Las Minas and Bilwi."

This sporting event is accompanied by hundreds of young students and the general population, who are part of the team bar, which have as their sole purpose to have fun and share civically.