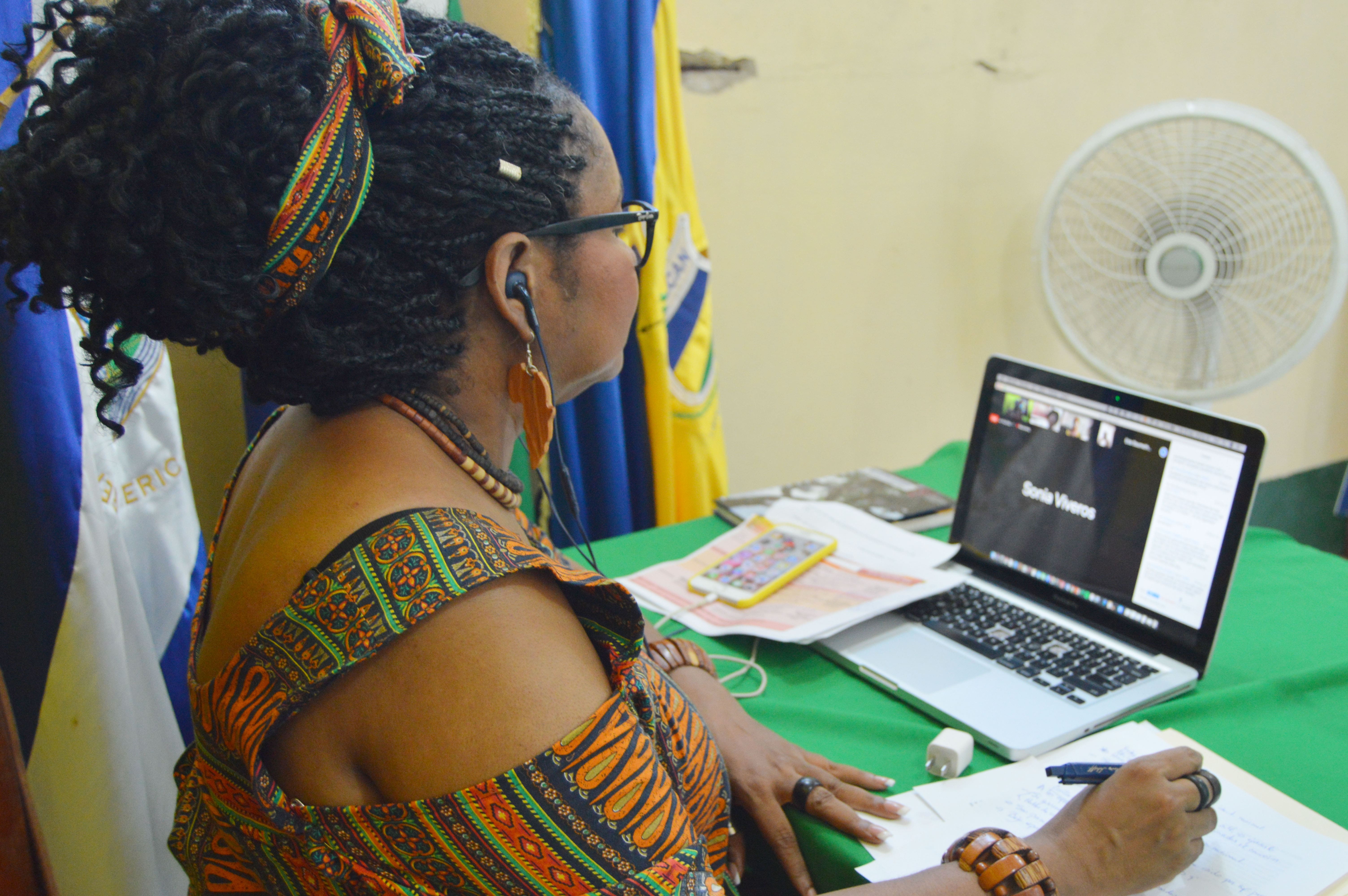 Afro youth represents the hope of culture, traditions and language inherited by their ancestors.

Third themed table of the FOURTH International Colloquium of Afro-descendants

The third thematic table held at the IV International Colloquium of Afro-descendants was taught by 5 Afro women, who discussed the main challenges and demands of today since Afro-descendant youth in the countries Nicaragua, Dominican Republic, Bolivia and Colombia, from which the panelists originate.

She started the young Lídice Chávez, coordinator of the Network of Afro-Latin American Women, Afro-Caribbean and the Diaspora of Central America, who focused on commenting on the spaces granted to Afro-descendant women, also to youth in general at the Latin American level.

Lídice explained that, just because we are Afro-descendants, "unpaid jobs are found, and society has recognized us as being productive and in the case of women we were born to reproduce," she said, adding that there are "very few decision-making positions in the political and social sphere (...); we need to keep working on unlearning stereotypes of culture," he said.

Another theme addressed by Chávez was what has historically been known in the role of Afro-descendant women, "women have endured too much (...); they have taught us that we are made for harsh, hostile situations, for situations of poverty," he said.

Situations of social discrimination and racism

The speakers agreed that the issue of racism and social discrimination, both for Afro-descendant men, women and youth, is seen every day in the world, "genocides continue to take place at the level of discrimination (...); Afro-descendants are violent, both men, women, boys, girls, young people from tv shows," Chávez said.

Lídice Chávez, at the conclusion of her allocution, expressed that the Garifuna women of Central America remain unvisitable by the classist, sexist, racist, egocentristic and patriarchal states.

While Altagracia Joseph, director of the Human Code Foundation of the Dominican Republic, focused on her presentation on the great challenges for Afro-descendant youth and that has to do with the damage and exploitation seen as normal. "For example, here in the Dominican republic to this day they establish in the requirements: good presence and that good presence is nothing more than clear weed and ironed hair, and when a black or black is on that position, she must give twice as much performance, often, with lower salary, also, train attitudes, comments, more discriminatory treatments of people who visit such companies" Argued.

Another of Joseph's expressions was part of her childhood experiences, when they forced her to be someone else to be accepted by society. "My dad denied us learning to speak Haitian Creole for fear of discrimination," the Afro-Dodominican recounted with great emotion.

Another topic addressed by young women was about the professional areas, the political activism of Afro-descendant youth, Erika K. Cordero, coordinator of Ella Preta in Bolivia, considered that since her country progress has been made in the visibility of Afro-Bolivians, however, the story for this to be achieved was quite difficult, among them, that young people entered universities, both public and private, was a boldness for each Afro-Bolivian.

For their part, Solangely Molano, social leader of San Andrés, Colombia, said that they have had a constant struggle for recognition of their rights, however, "We have been called to young rooted people as lazy, who we do not like to study, but no one speaks of barriers, among them, our Creole language (...); we are now useful for tourism and commerce because we speak English," he said.

In Colombia there are some universities that accept young Afro-descendants, including the National University of Colombia, but, "we only have the right to take 3 semesters out of the career and then we move to another university and there we find racism, a silent racism," Molano said.

Another of the institutions that serve in the field of education is the National Learning Service, "there they only offer careers that demand trade, such as being bartender, meseros, among others, which does not mean that it is wrong, but do not give us spaces to grow, to do research", objected to the young Afro-Colombian.

Solangie concluded by saying that "due to lack of identity there is no plan of life," referring to Afro-Colombian youth.