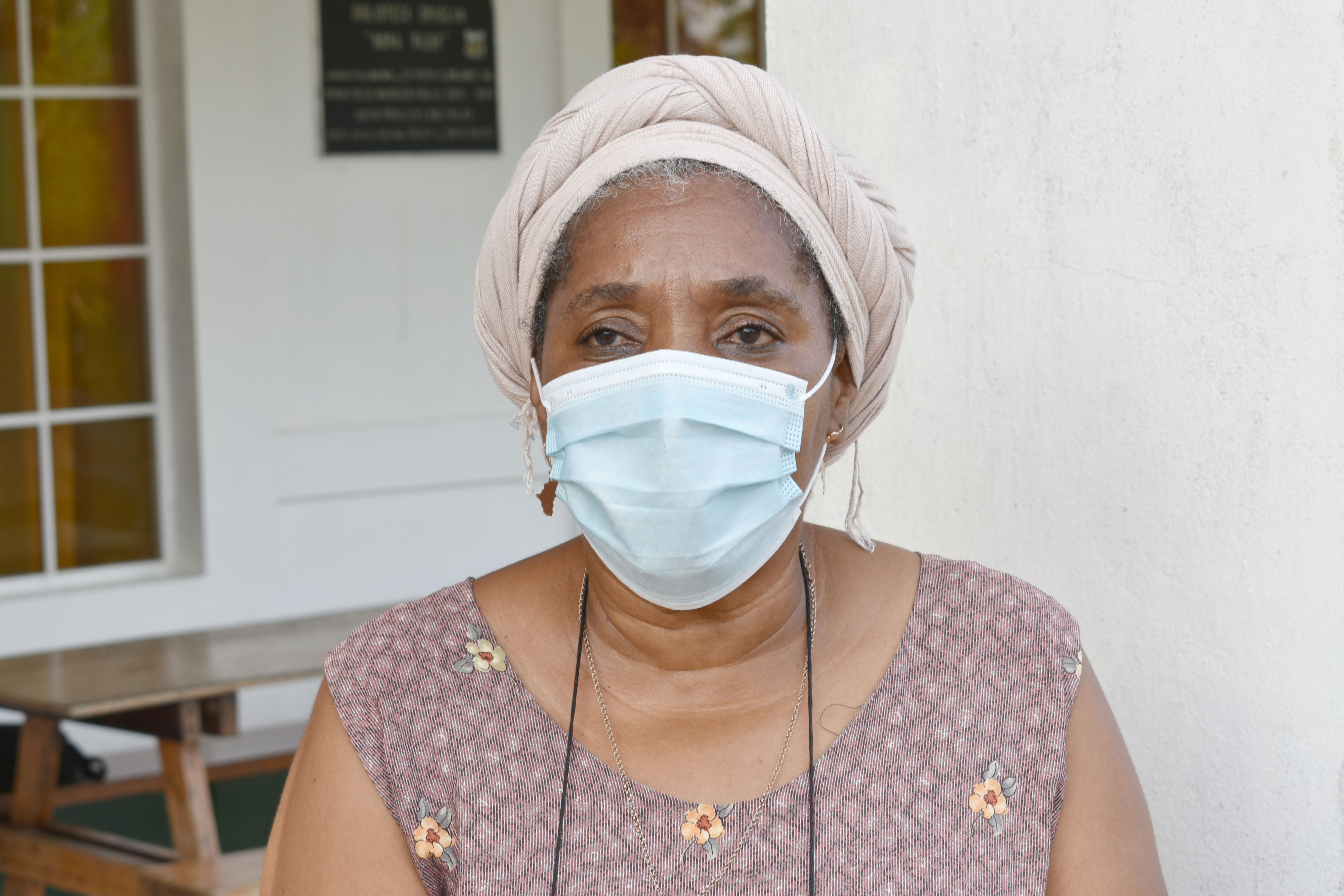 Teacher Grace Kelly, coordinator of the Institute of Traditional Medicine and Community Development (IMTRADEC), and member of the URACCAN Afro Commission.

Actions to transform the realities of Afro-descendant peoples

The second thematic table of the Fourth International Colloquium of Afro-Descendants, entitled "Experiences and strategies of struggles of Afro-descendant peoples against racism, xenophobia, violence and other related intolerance", brought together four important Afro-descendant thinkers and activists, who exchanged their countries' experiences with the advances and challenges they face today in their struggle to transform the realities of their communities.

Experience of the Afro-Cape Verdean Society

In the order of his exhibitions, began Miriam Gomes of Argentina, who stated that the current circumstances (COVID-19 pandemic) have stripped away the historical deficiencies and inequalities faced by Afro-descendant peoples, who live in situations of disadvantage and marginalization. He said, "we must take care of the physical and mental health of our people, and continue to organize the demands of our communities."

Gomes, who is a member of the Afro-Cape Verdean Society, explained that the Argentine Afro-descendant people settled for three waves of migration. The first group corresponds to colonial times, when Europeans brought Africans into South American countries as slaves. The second group is represented by sailors who arrived from Cape Verde, Africa, in the 19th century. And the third, most recent group, consists of African migrants who arrived in Argentina because of consequences of colonialism, neocolonialism or fleeing war in their countries.

Among his achievements, Gomes highlighted the formation of social movements, organizations and groups, all of Afro origin, that articulate actions to address the xenophobia, racism and discrimination that live in his country. However, the illustrious thinker clarified, it is still necessary to design public policies focused on the Afro communities, on their needs, focused on addressing the inequalities they carry from the colony to the present day, as the Argentine state system continues to make them unsusable and condemn them to silence and forgetfulness of their demands.

Advances and challenges of the Afro-Colombian community

Representing the Afro-Colombian community, prominent lawyer and activist Matilde Maestre participated, who through her energetic voice and firm will shared the experience of the spaces they have conquered in her country, but also the challenges they still face. Although the rights of Afro-descendant communities are recognized in Colombian law, they have not reached their practical dimension.

Among his strong reflections, Maestre stated that "public policies are not made from a desk for the people living in the furthest territories," especially when their reality is unknown. And that is where his work affects, providing accompaniment, advice, follow-up to the bills and policies that affect communities. To do this they promote consultation and participation processes.

Maestre strongly criticized passive racism in the context of the United Nations-led International Decade for Afro-descendants, as many governments have incorporated it into their agendas, but have not supported Afro communities. And that's racism, too. If international agencies do not incorporate the agendas of Afro-descendant peoples, that "is also racism." Racism, xenophobia and violence are presented in different appearances, as on a map of silences.

URACCAN, which together with Avocenic (Afro's Voices Center of Nicaragua), is an anfritrione of this important event, was represented by teacher Grace Kelly, coordinator of the Institute of Traditional Medicine and Community Development (IMTRADEC), also a member of the Afro Commission, whose voice reflected on experiences lived from classrooms.

Kelly began by addressing the "historical pain" of the Afro-descendant people as opposed to the "social cancer" that strikes human integrity. That is why, from URACCAN, the culture, traditions and language of the Creole and Garífuna community is promoted. She recalled that the founding of URACCAN was based on the initiative, mostly of Afro-descendants.

In this sense, the Afro Commission of URACCAN in the Bluefields enclosure was thought and founded as a "center of specialized studies in the black population, in its formative and transformative trajectory on the Caribbean Coast of Nicaragua".

Challenges and perspectives of the Afro-Ecuadorian people

The last participation was in charge of Ecuadorian cultural gesturer Jimena Ayovi, who is also a fashion designer, social activist and politics. In his country, Ayovi said, "there are no public and affirmative policies that allow the Afro people to fully develop." And, as in many Latin American nations, ecuador constitutionally recognizes the rights of Afro-descendant communities, but there are no concrete actions to ensure compliance with them.

Ayovi emphasized Martin Luther King's legacy and his struggle for Afro-descendant rights, which should encourage us to continue with firm steps. He also lamented recent outbreaks of xenophobia, discrimination and violence across the Americas. Right now, five Afro-Colombian teenagers were brutally murdered, a fact that must move us to concrete actions.

However, there are also significant achievements, Ayovi encouraged, as "our artists and athletes have played a key role in recognizing Afro rights and their culture." In this sense, he recounted Ecuador's experience when he ranked the World Cup, which led to "a change in perception towards the Afro people." Still missing, the activist concluded, effective job inclusion and weaving a large Latin American Afro-descendant network