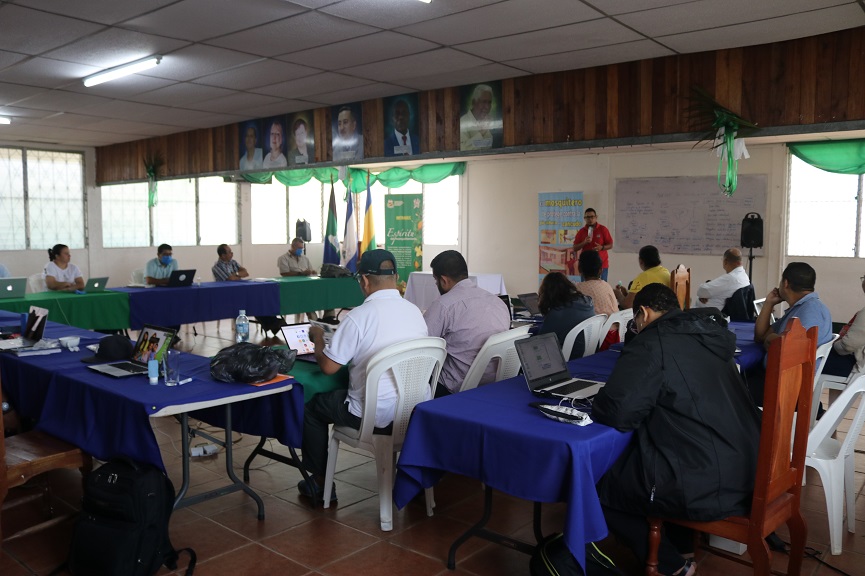 Directors and coordinators from different areas of URACCAN during the activity.

After four intense days of analysis, reflections and discussions by directors and coordinators of various URACCAN departments, progress was made in the articulation of three strategic and interrelated documents, which contribute to the interepistemological basis of this institution.

According to International Dr. José Luis Saballos Velasquez, Director of External Cooperation at URACCAN and General Coordinator of the RUIICAY-OsloMet Project for Linking in Intercultural Communication, these articulation workshops involving various university specialists are intended to begin a process of designing the new international doctoral program.

"Around this program there are two processes that are fundamental to the university that we are starting to articulate; one of them is the base document of Yamni Iwanka, which is a perspective of its own for the Good Living, which is fundamental because it is the basis of this doctoral program," dr. Saballos said.

Similarly, the document of the Intercultural Community Accompaniment Model was worked on in individual groups, but collectively. Dr Saballos explained that "this is being done with the financing of the RUIICAY-OsloMet Project for Linking in Intercultural Communication, which is sponsored by the NORHED Programme, with funding from Norad, Government of Norway".

Finally, the academic said that these working sessions are held in order to "prepare for a second phase of this project, whose call is already open and whose proposal must be presented at the end of June, these processes are fundamental for both URACCAN, and for the Network of Indigenous, Intercultural and Community Universities of Abya Yala", concluded Dr. José Luis Saballos.