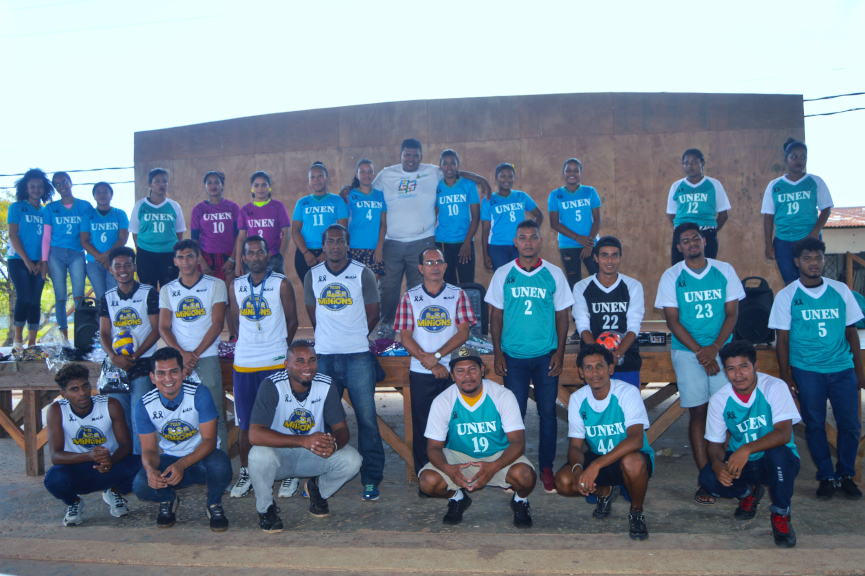 Participate in internal and municipal leagues of Bilwi-Puerto Cabezas

The University of the Autonomous Regions of the Nicaraguan Caribbean Coast (URACCAN), through the Student Movement of the Bilwi venue, delivered uniforms, balls and other sports utensils to students who are part of 10 teams participating in internal leagues and municipal leagues of volleyball, futsal and field in the men's and women's categories.

Student representative Rubel Chamorro, UNEN's general executive at URACCAN, said that with the support of Dr. Alta Hooker Blandford, rector of this house of intercultural higher education and under the accompaniment of the Vice-Rectorate of the Bilwi campus, it has been possible to contribute to culture and sport in college, where the student community can be recreated in a healthy way , contributing to the development of Regional Autonomy. "In the volleyball discipline we are represented by 4 teams at the municipal level as an institution," Chamorro said.

For his part, PhD Enrique Cordón, vice-chancellor of the Bilwi compound, encouraged the student community to continue these processes of healthy recreation. "As URACCAN wants to train students in an integral way, so we have to see the other part, outside of vocational training, which has to do with training in humanity, of consciousness, cultural, and there comes the sports part and also the cultural part, this whole process that you see as sport, we see it as a process of formation" , concluded the vice-chancellor, addressing the athletes.