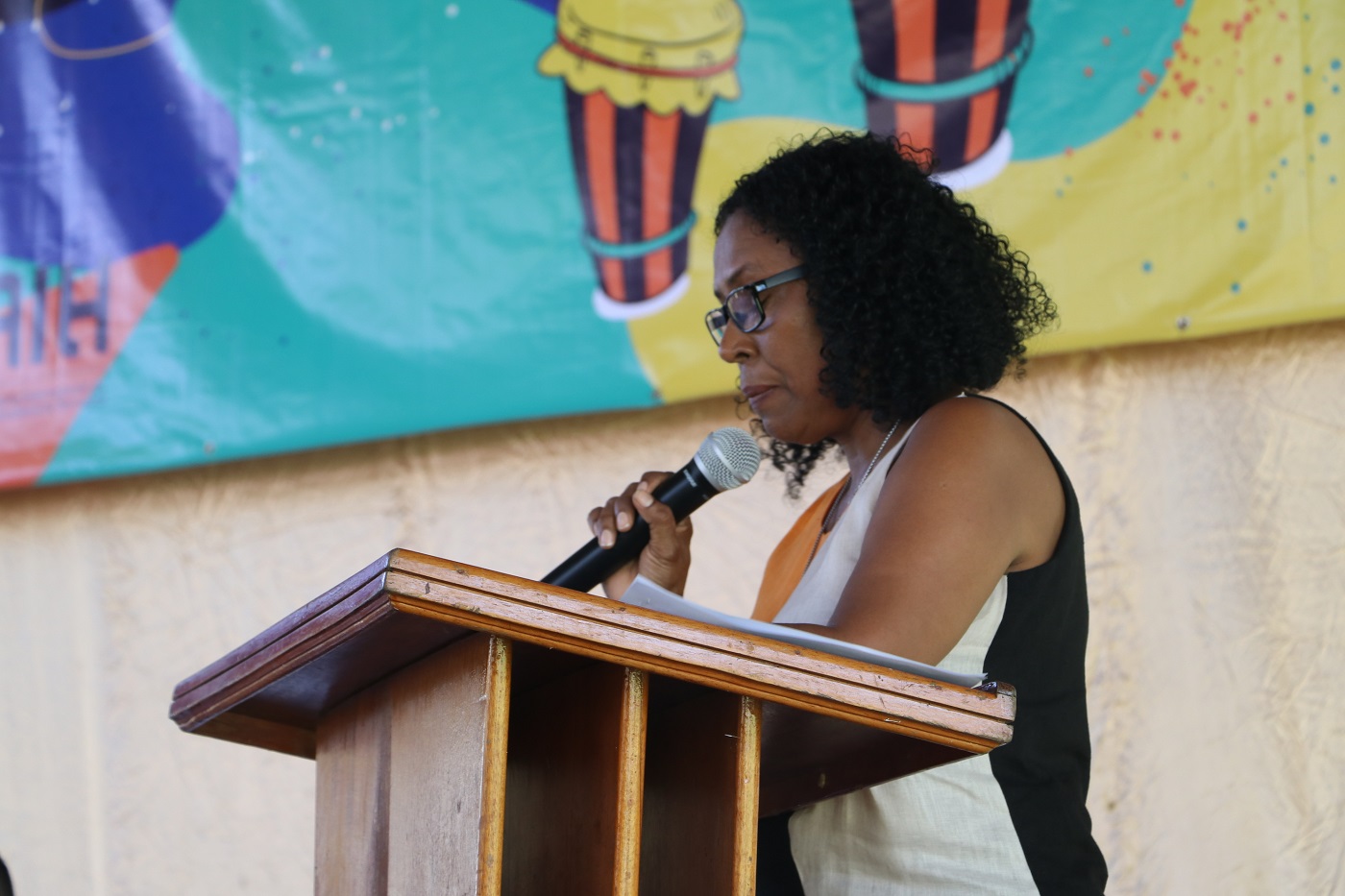 Appreciation to the student movement

The Bernardine Dixon Master's Degree, Director of the Center for Multi-Ethnic Women's Studies and Information (CEIMM-URACCAN) and representative of the Institutes and University Centers thanked the Student Movement for dedicating the Eighth Student Congress to these prominent estates of this house of intercultural higher education.

"We thank on behalf of the 7 URACCAN institutes and centers for the leadership and the entire student community of our university, for dedicating this eighth student congress

Dixon also mentioned that since the creation of the university one of the fundamental pieces in the operation of URACCAN has been, "intercultural community accompaniment to civil society, social organizations, traditional ancestral organizations and institutions in the Autonomous Regions", said the teacher.

The institutes and centers stand out for the sociocultural involvement with the communities, through the functioning of intercultural community extension, that is why Dixon emphasized that, "it is essential to highlight the role of each of our five institutes and two research centers, from their different areas of expertism, which are the ones that guide the approach of their accompaniments" Dixon introduced.

Operation of the five URACCAN institutes and 2 centres

In this sense, Professor Dixon detailed the functioning of each of these university states, beginning by mentioning that the Institute of Traditional Medicine and Community Development (Imtradec), "since its foundation has accompanied the process of building the health model, according to the vision of the different peoples", adding that, since its functions it has served "as a basis for defining the curriculum of the Career of Intercultural Medicine; for the articulation and strengthening of traditional physicians; to work, hand in hand with the Ministry of Health and traditional doctors," he explained.

For its part, the Institute for Studies and Promotion of Autonomy (IEPA), "has contributed since its inception to the strengthening of regional autonomy, with the accompaniment to emblematic processes such as territorial demarcation; participatory development of communal and territorial governance statutes," Bernardine said.

While the Institute of Natural Resources, Environment and Sustainable Development (IREMADES), "have developed with communities different training workshops such as "Experimentation in a new art of fishing", in miskitus cays, with fishermen and fishermen or training URACCAN students, to be certified divers", among other functions that strengthen the peoples of the Caribbean Coast.

In turn, Dixon explained that from the Institute of Linguistic Promotion and Research and Cultural Rescue (IPILC), "the process of building and implementing the Regional Autonomous Education System (SEAR), which is part of the National Education Plan, as an education subsystem, has been systematically accompanied," she said.

Finally, the Bernandine Dixon master's degree emphasized that the fundamental role played by the Center for Multi-Ethnic Women's Studies and Information (CEIMM) has been to work under a gender approach in multicultural contexts that has meant taking on challenges and great commitments "motivated us, over the years, to collectively build, the intercultural perspective of gender, according to the experiences and worldviews of the different peoples" , concluded the teacher.

Inclusion of the university community with institutes and

At the conclusion of her presentation, Professor Dixon addressed the entire student community to be part of the various activities that these situations do "I call upon each of you, as students of our university, to see us, to the institutes and centers, as an open window for you, to flow those experiences, practices , knowledge and knowledge, in a two-way apprenticeship," Bernardine said.