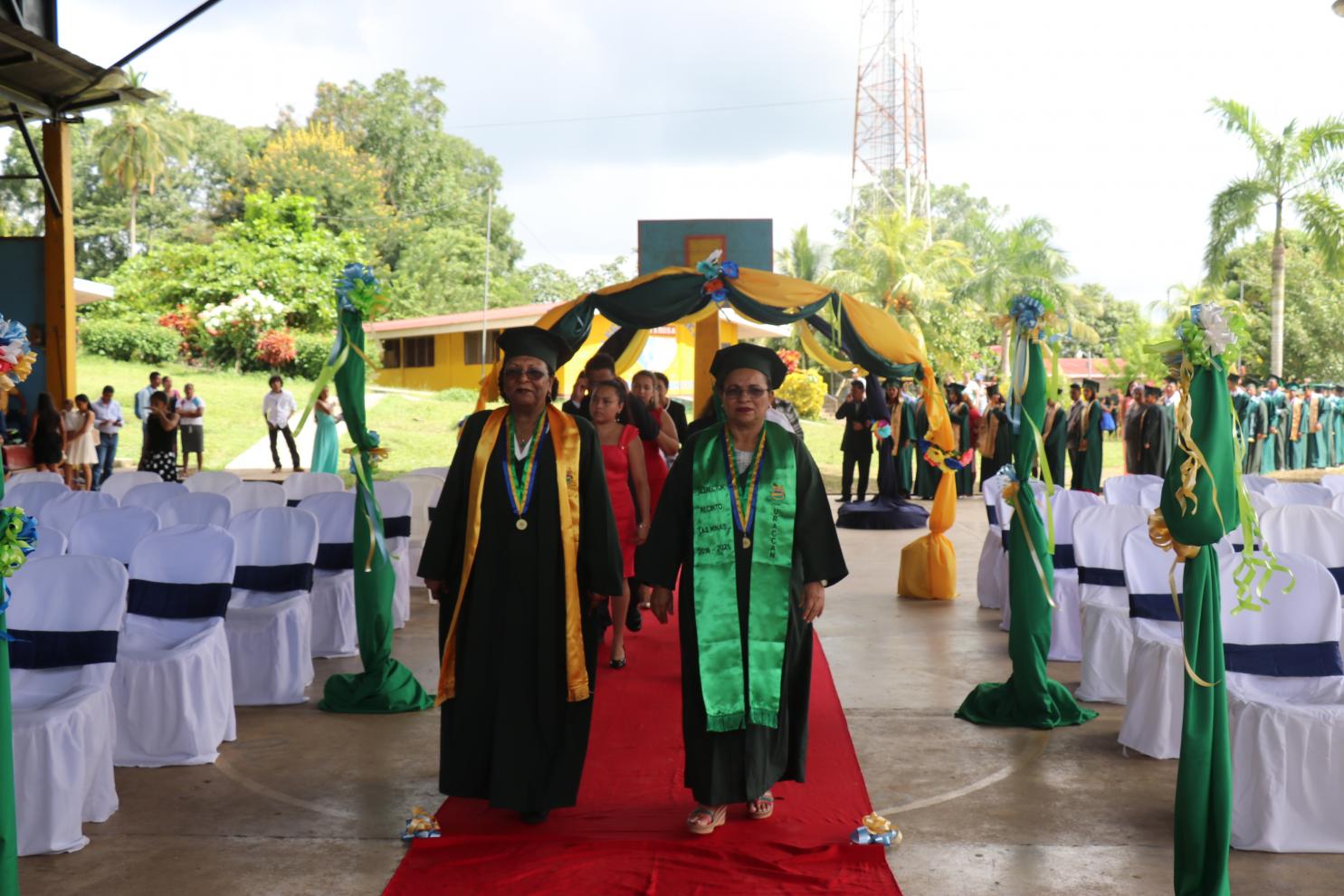 In greeting the 25th birthday of URACCAN

In greeting the 25 years of founding of URACCAN, as daughter of the Autonomy of the Caribbean Coast and at the age of 32 of Autonomy, 79 professionals were given that contribute to the strengthening with identity of the municipality of Rosita, in the North Caribbean, highlighting the participation of the Indigenous Mayagna, Afro-descendant and mestiza population.

In this sense, the rector of URACCAN, Dr. Alta Hooker, highlighted the goodness of the knowledge obtained by graduates, which will be of great impact in contribution to their communities, where we can deepen the strengthening of the languages and cultures of the Caribbean Coast.

"This new acquired knowledge will serve to radiate the improvement of the same community, in which the use of our own language, cultural revitalization, respect for our history, worldview and self-empowerment will be articulated with other knowledge, for the promotion of better life processes with, for and from peoples," she said.

In addition, the rector highlighted the implementation of intercultural classrooms as a process typical of the Intercultural Community University, "From the educational processes, we have been implementing and energizing intercultural classrooms, which are spaces that allow us to share from our feelings, knowledge and doings, for the construction of new knowledge, which will help us generate those creative and innovative changes that the different peoples , communities and municipalities, dream and aspire," Hooker added.

In addition, he noted that the process of dialogue in intercultural classrooms, helps to better harmonize from coexistence, exchanging experiences and good practices, better understanding the other brothers and sisters from their own way of seeing the world. "From our worldviews, which helps us understand, care for and respect Mother Earth," he said.

Also, the rector of URACCAN emphasized the confidence of the Government and the partner organizations that devote joint efforts so that URACCAN can work in the Caribbean of Nicaragua, forming human talent.

"We have enjoyed great confidence on the part of the Government of the Republic of Nicaragua, by providing us with the financing from the nation's taxes, with the funds of 6%. Similarly, the confidence shown in the solidarity and brotherhood ties of the international cooperation of SAIH (Norway), Sei So Frei and HORIZONT3000 (of Austria), who, in particular, in this territory of Las Minas have made possible the crystallization of many dreams of men and women like you, consistent with the needs in each territory," Hooker said.

A contribution to the region and the country

For her part, Yamileth Avellan Rivera, graduated during this act, said that through this process they culminate an important stage in vocational training and in their lives, engouted with satisfaction at having successfully passed the tests given throughout the process, which means a significant contribution to the region and the country.

During this activity, Ph. D Leonor Ruiz Calderón, vice-chancellor of the URACCAN Las Minas compound, gave Dr. Alta Hooker 79 professionals who will contribute to the development with identity of the Nicaraguan Caribbean Coast, 52 women, including 18 of the Mayagna indigenous people, and Mildred Simón Thompson, of the Tuahka people and vice-mayor of Rosita.