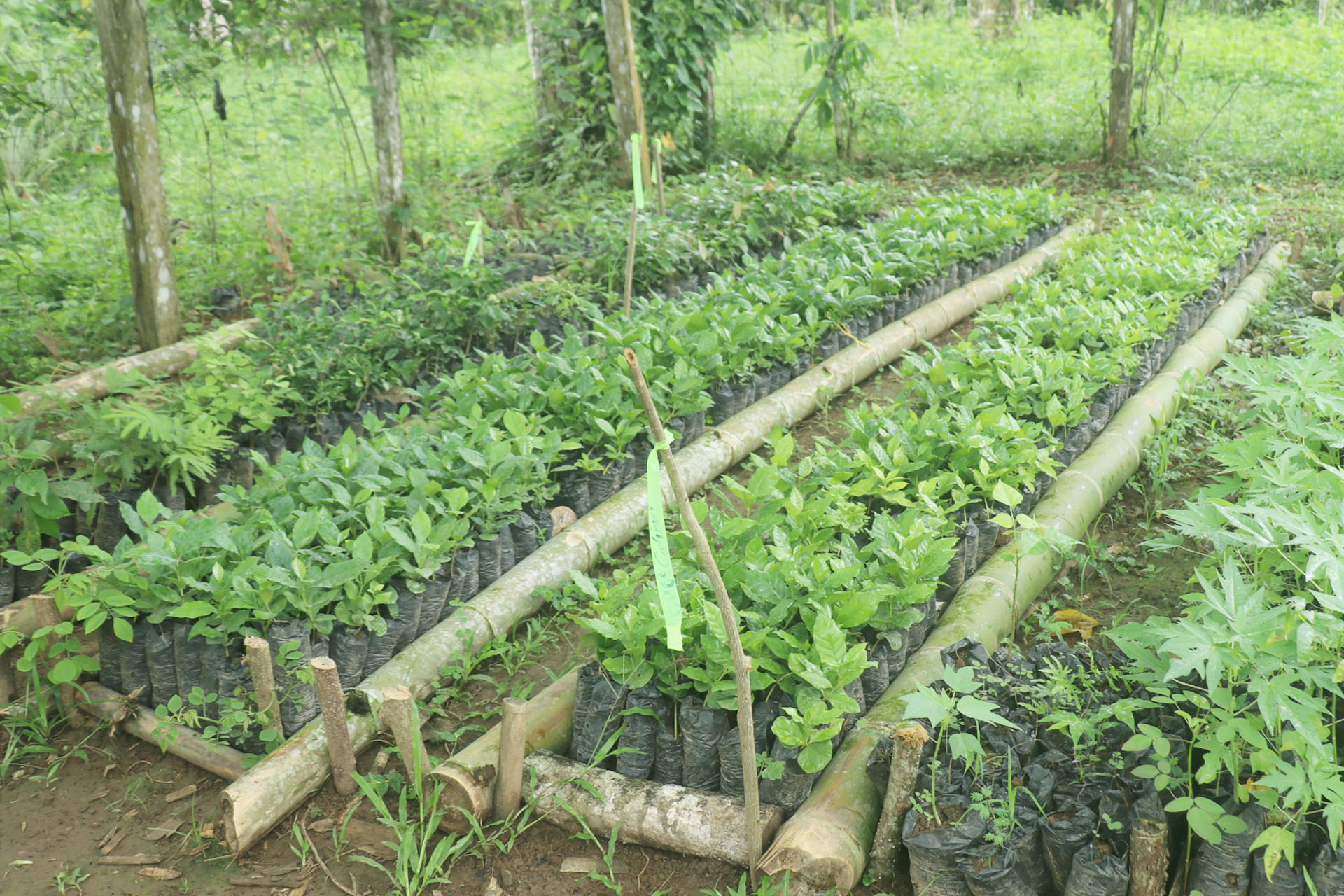 Part of the cocoa clone nursery.

It is expected to evaluate the productivity of these varieties in the Mining Triangle.

As part of the project to protect migratory birds, mountain torgo and reinita allidorada, both endangered, implemented by URACCAN and the Wildlife Conservation Society, at the Los Laureles Natural Laboratory in the Las Minas enclosure, a nursery was established with a thousand cocoa clone plants.

According to Professor Oscar Montalván Castellón, research professor at URACCAN Las Minas, in the area of Technology Science and Environment, of the twelve (12) clones currently held by the Nicaraguan Institute of Agricultural Technology (INTA), the Las Minas campus already has eight (8), and the designated nursery was developed with four clones that are being worked on in articulation with the Cacaotero Cooperative of Siuna , Copesiuna, by means of micro grafts of the clonal garden that has this cooperative in the community of El Hormiguero, of this municipality.

URACCAN researcher reported that "so far we have eight grafted clones, they with pacayita, UF 667, UF 221, IMC 67, ICS 95, CATIE R1 CATIE R4 and CATIE R 6; these clones are those of high productivity, which are already tested nationally and are now being established in the Los Laureles Natural Laboratory for productive validation."

INTA is the state agency that has done the analyses and evaluations in the laboratory in El Recreo, in the Branch, and the entire validation process has been done there. In this regard, Montalván explained that "What is currently being had is a technical guide developed by INTA, which has 12 clones that are being promoted in the country; of them, URACCAN Las Minas has 8 clones and we are in the process of obtaining four more clones and the way to make the assessment of their productivity in the mining region".

Montalván Castellón stated that work is being made on a model farm, where it is starting with the establishment of a clonal garden in the community of Santo Domingo, located in the Bosawás Biosphere Reserve.

Cocoa, in addition to shading coffee and being one of the most domesticly exported products, attracts insects that are an important part of the diet of migratory birds that URACCAN and Wildlife Conservation Society are protecting. In addition, this plant serves as a refuge for wintering in Central America, from the United States and Canada.