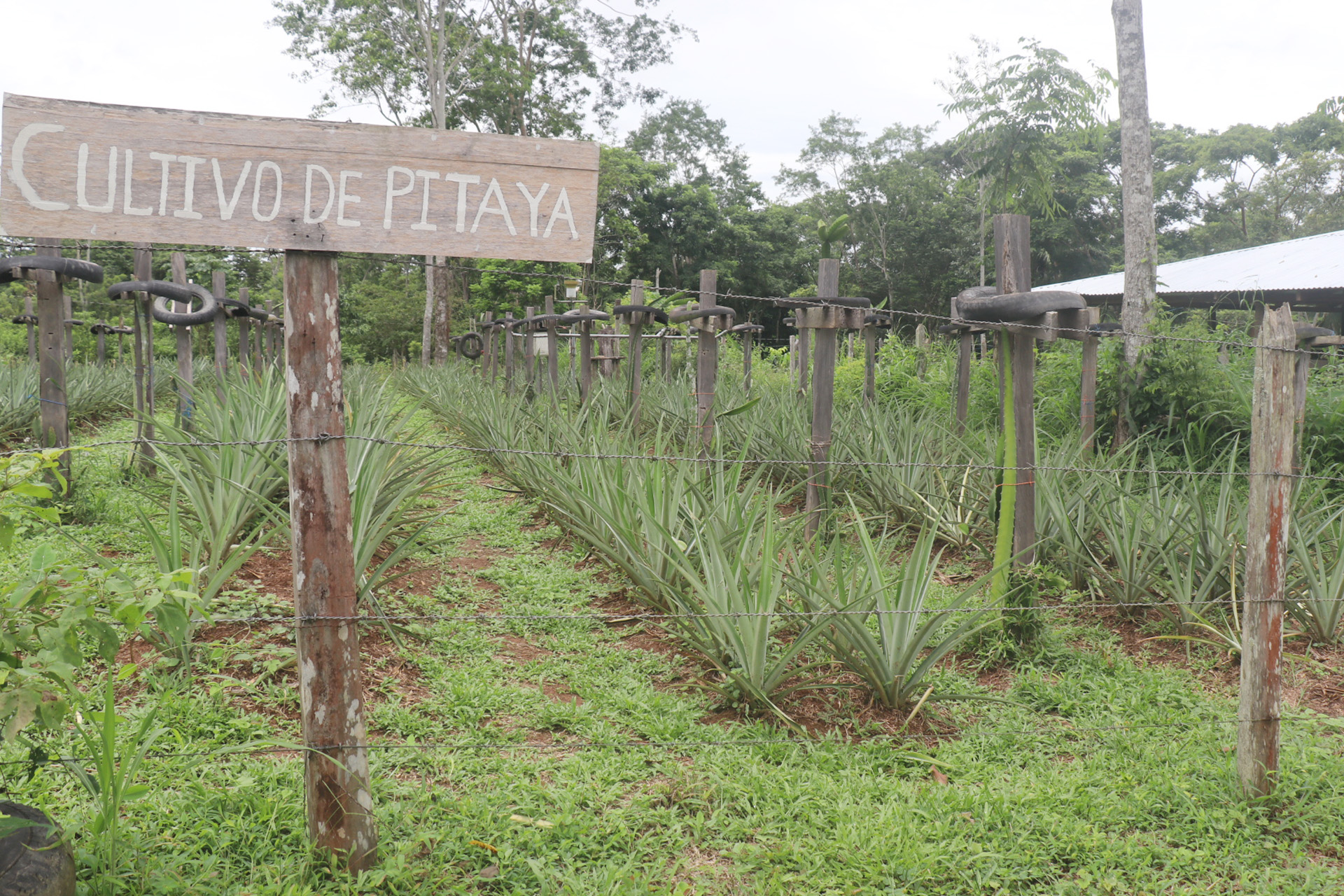 Part of the laboratory where pineapple and pitahaya are produced.

In addition to being a research space, it allows exchange between students and community.

URACCAN's Los Laureles Natural Laboratory, in its Las Minas enclosure, is a green space for teaching-learning processes and the exchange of experiences between community producers in the area and students of the Mining Triangle.

The Ing. Margarito David Díaz Orozco, responsible for this laboratory reported that there are work on the establishment and expansion of cocoa species, with the aim of increasing the number of clones that his clonal garden has, thus increasing productivity and generating benefits to the Community.

Díaz Orozco noted that last year four clones were established that were acquired in the experimental center El Recreo, located in the Rama, and facilitated by the Nicaraguan Institute of Agricultural Technology (INTA) of the Mining Triangle.

URACCAN, from this laboratory, develops meetings with Siuna producers that allow to exchange experiences that strengthen cocoa production in the region. Therefore, in Los Laureles, there is a garden of elite cocoa plants, which were extracted from the best plantations of the producers of the Mining Triangle, which were analyzed and serve studies and samples to producers and students of Agroforestry Engineering of URACCAN, said Díaz Orozco.

Among other URACCAN initiatives within the laboratory, engineer Díaz Orozco said work is also under way to complete the pastoral forest system for cattle, which consists of establishing different forage and protein banks, in small plots of 500 square meters that serve to diversify the feeding of the livestock herd. In addition, management of established crops such as musaceous and basic grains are carried out.

The laboratory has 67 blocks of land or 45 hectares and, within them, there are areas of forests in natural regeneration, with enrichment of about 10 thousand plants of high commercial value. In addition, it has a number of natural elements and agroforestry systems to strengthen the teaching-learning processes of the different careers offered by URACCAN in its Las Minas enclosure.