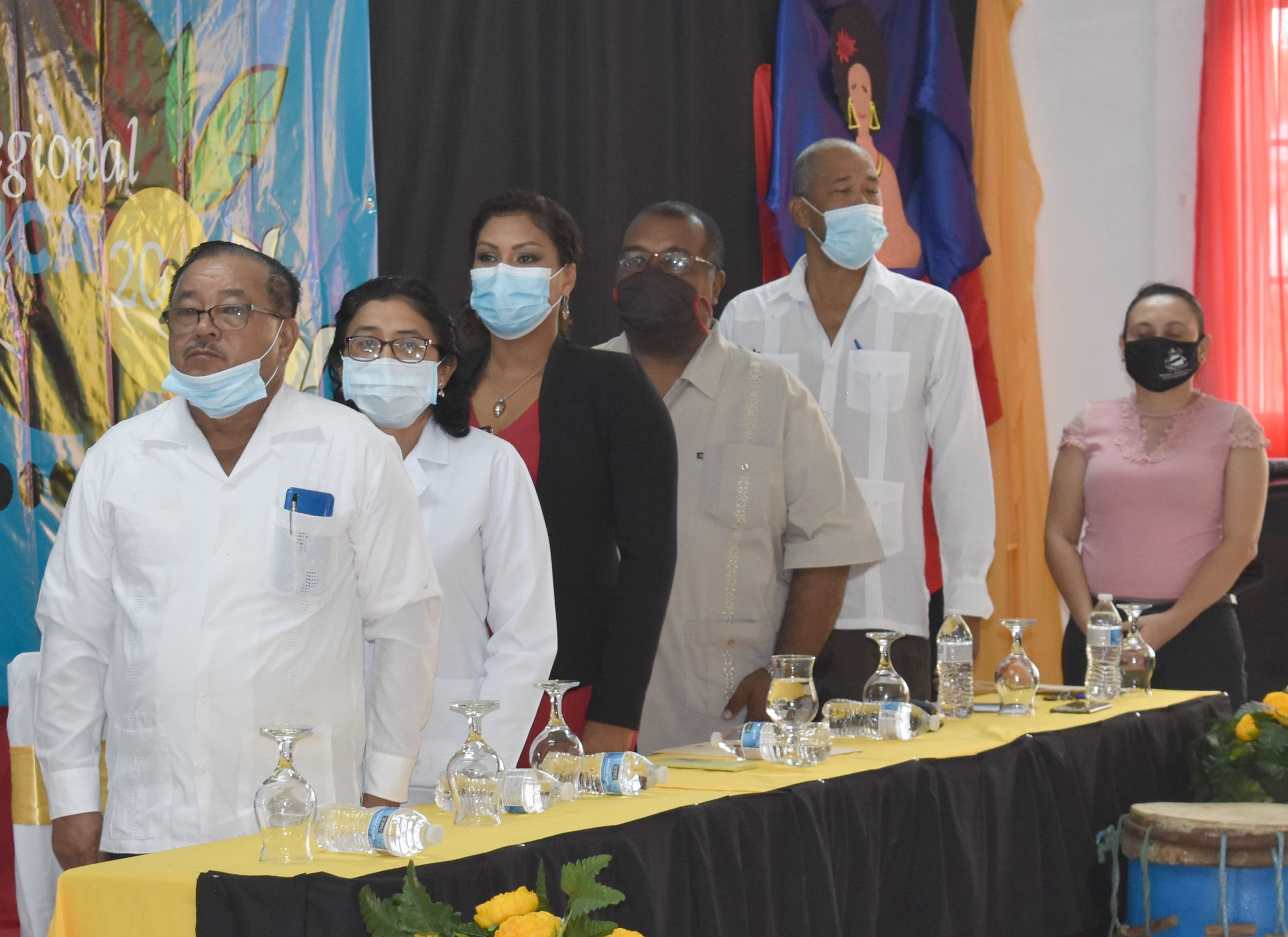 The authorities that chaired the reflection table around the regional processes of the Caribbean Coast.

Strengthening the rights of ethnic peoples

Under the motto "Experiences and challenges from Regional Autonomy" the forum "Multi-ethnic Regional Autonomy" was held in the Bluefields venue, organized by URACCAN in coordination with the Autonomous Regional Governments of the North Caribbean Coast and the South Caribbean Coast (GRACCN, GRACCS) and within the framework of the celebration of the 33 years of promulgation of the Statute of Autonomy.

Teacher Diala López, vice-chancellor of URACCAN Bluefields, said this activity was "jointly organized between BICU University and the Regional Council, which represents a space for intercultural dialogues where the university community also participates, to continue working hand in hand with regional authorities and contribute to the development of peoples and development with identity of the Caribbean Coast".

Historian Jhonny Hodgson raised that "if we don't know our history it's hard for us to understand what's going on, it is necessary to know where one comes from and where he wants to go, it is a question of focusing on why there are six different cultures on the Caribbean Coast: the miskitos, the ulwas, the branches, the garífunas, the creoles and the half-breeds, in what is the origin or origin of each one is important because it contributes to understanding the restitution of rights".

Similarly, Rubén López, coordinator of the Regional Government, said that "in these 33 years we are celebrating many changes in the region, changes ranging from everything that is road infrastructure, roads, bridges, infrastructure in energy laying, drinking water, which are profound changes in the geography of our region, we have achieved a very large development and from the regional government , communal and municipal territorials we maintain a close relationship of coordination and articulation, this explains why we have achieved so many achievements".

According to López, from the educational area the intercultural education system of indigenous communities is maintained and deepened, teaching in two languages, mother tongue and Spanish language, all cultural traditions that ancestrally have practiced the peoples belonging to the region are also promoted.

In the current context, Dr. Janet López, director of SILAIS, emphasized the Nicaraguan Government's immediate response to supplements and machines to treat Covid-19 cases in the region, as well as the hard work that medical staff have done, "we have gone home in search of suspicious cases, as the population is afraid to go to the medical center for adequate treatment , while saying the saying: if the 'Muhammad does not go to the mountain, the mountain goes to Muhammad'."