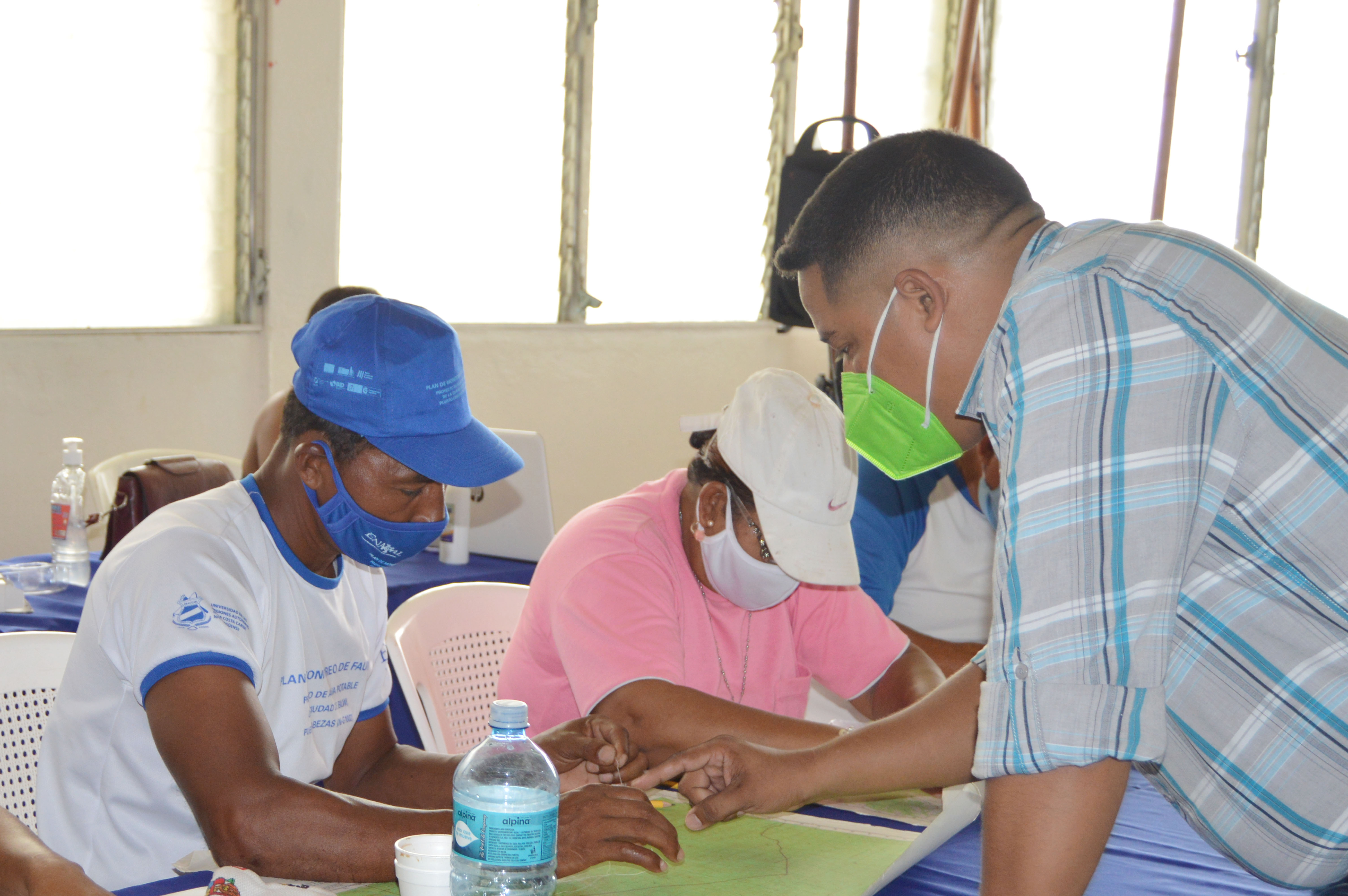 In this module, the main learning tool was the realization of maps.

Leaders from 10 neighborhoods and 4 communities in the municipality of Puerto Cabezas participated in the II module called the Physical Complex of Basin and Precipitation, of the community workshops promoted by the Aqueducts and Sewerage Company (Enacal) in conjunction with URACCAN, through the Institute of Natural Resources, Environment and Sustainable Development (IREMADES).

This activity is carried out within the framework of the wildlife monitoring plan of the environmental and social management program of the drinking water project in the city of Bilwi-Puerto Cabezas.

According to Master Lenin Green, coordinator of IREMADES at the Bilwi compound, these workshops aim to strengthen the efforts of leaders and leaders, as well as identify the cartographic aspects that are important to find at the time of the delimitation of a watershed.

Learning to map their neighborhoods and communities

In this module, the main learning tool was the realization of maps. In this regard, Green explained that, through cartography, it is possible to identify which basins, sub-basins, micro-basins and, "that has been illustrated according to the scale of how much that means in cartographic work, but also in the field," the coordinator said.

For his part, the leader of the New Jerusalem neighborhood, Barrinto Maxuel Moore, stated that the whole workshop has been a learning process to put them into practice in their territories. "We learned how to handle and how to split a map, how to classify and value land, river, lagoons, surveys, and a slope," and that's going to work for us in the future, he detailed.

While Wendy Wilson Colomer, representative of the German quarter, specified that from her neighborhood they have been severely affected by flooding due to the passage of the Land Creek River, but hopes that, with this new knowledge, they will be able to support and strengthen risk management plans, "reach the population and give them an explanation of what we are learning here" Pointed out.

Finally, Wilson emphasized that some of the learnings gained in the community workshop have been "the management of basins, what kind of basins exist, the type of mapping, how to handle a GPS, how to get the latitudes of the land from our communities, from our neighborhoods, things that we didn't know before and now thanks to URACCAN and Enacal that we are receiving this workshop" , concluded the leader.