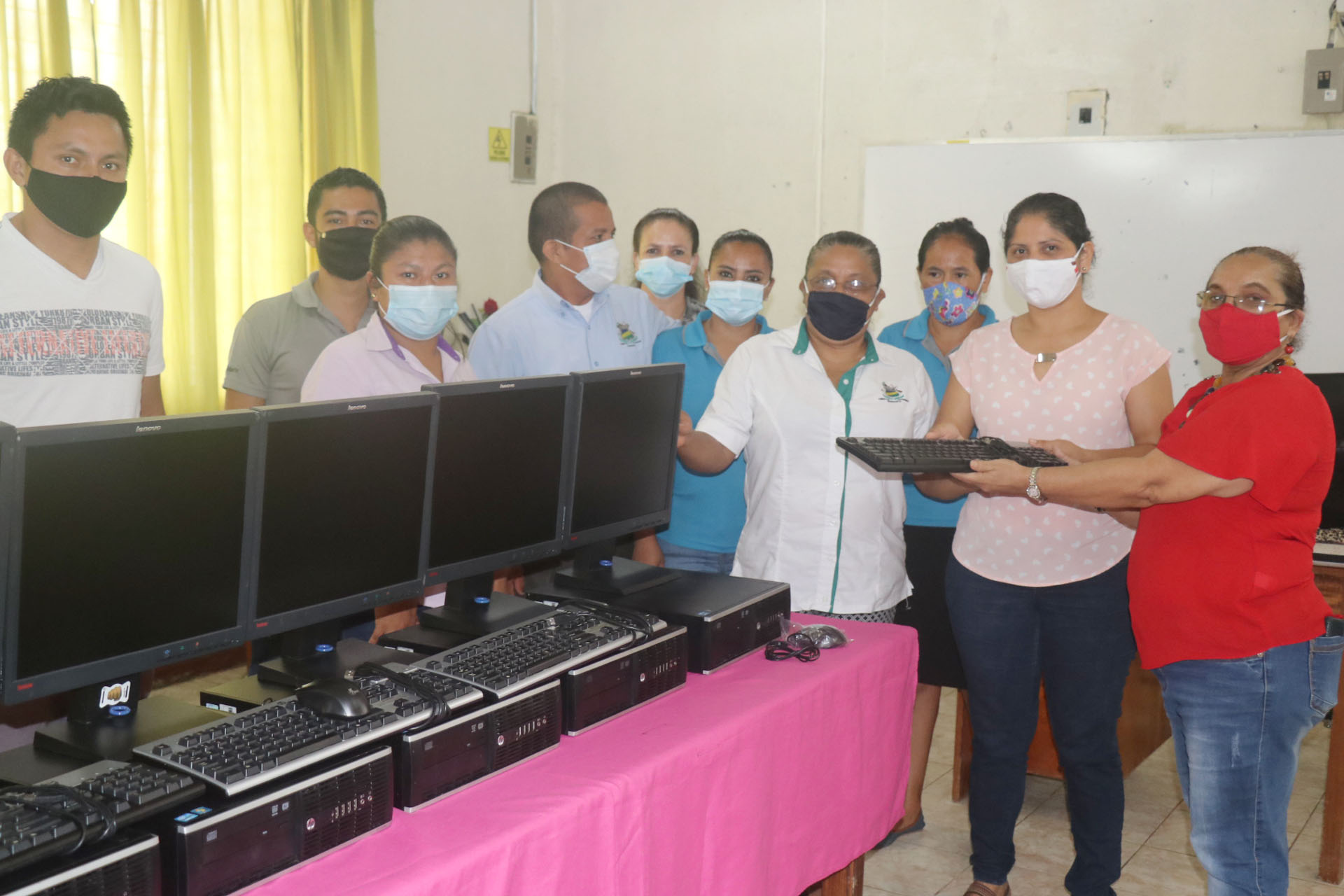 The vice-chancellor of the Las Minas campus, Dr. Leonor Ruiz Calderón, delivering the teams to teachers of the Siuna campus.

The two faculty rooms on the Siuna campus were equipped with eight table computers, which strengthens the work of URACCAN Las Minas teaching staff.

The award was made effective to the managers of the teaching guild by Dr. Angélica Leonor Ruiz Calderón, vice-chancellor of the Las Minas venue, to teacher Julissa Gonzales and teacher Aidalina Balladares, in the presence of a group of teachers.

"We are delivering these computers, which were acquired with own funds generated in the university campus and thus a total of 10 computers were acquired, eight of them are being used to strengthen the teachers' area," she said.

The other two computers are being used for the culture area and the IREMADES area. Teachers' managers thanked the vice-chancellor for the computer equipment they require for their performance. This was released by the master Aidalina Balladares Berroterán, member of the teaching guild at URACCAN Las Minas.

"These teams are of paramount importance to teachers and are being given to those who have serious problems with their computer equipment," said the Balladares Berroterán master's degree.

URACCAN Las Minas has been strengthening the different areas with own sustainability funds to continue providing the tools required by the staff of this house of higher education.