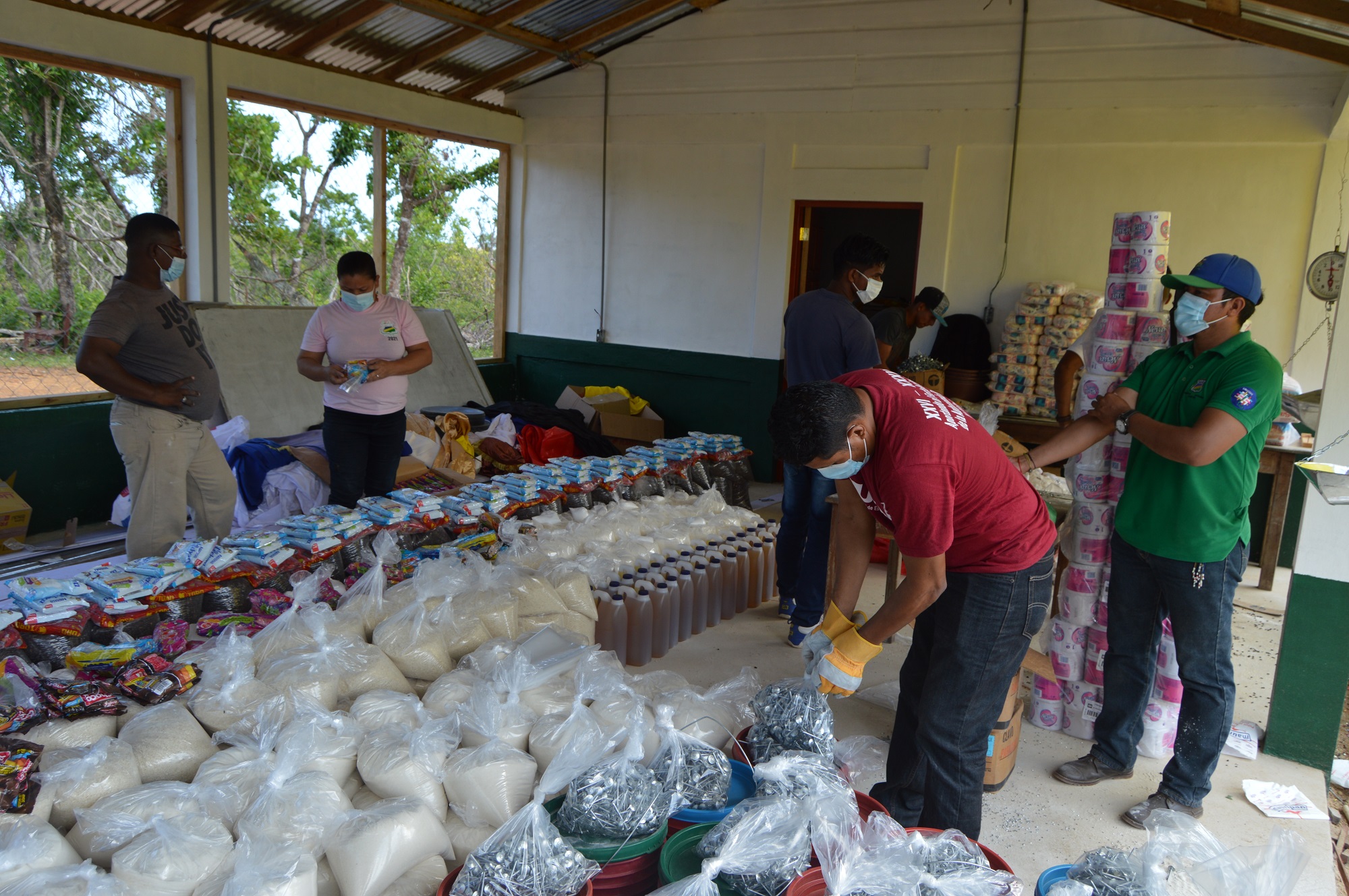 On the afternoon of this Thursday, February 18 of this year, the commission responsible for diagnosing, packaging and delivering the products to the beneficiaries of the community of Kamla, municipality of Puerto Cabezas, made the delivery of roof plans that contemplates the first stage of the fulfillment of the Campaign: "Support Central America, we are with you", financed by the Inter-American Development Bank (IDB) , in coordination with URACCAN.

This campaign is carried out through the good efforts, leadership and accompaniment of Dr. Alta Hooker Blandford, rector of URACCAN. This initiative was promoted through a convention signed in December 2020, which agreed to support the most vulnerable families in that community affected by Hurricanes Eta and Iota; initiating the exploratory diagnosis in January 2021, to learn about the realities of Kamla's families, and is intended to be completed by the end of February 2021.

According to teacher Keith Narváez, coordinator of the Area External Cooperation at URACCAN Bilwi Campus, after making due diagnosis it was contemplated to support seniors, single women with no financial income, and people with disabilities. It also analysed the most latent needs and agreed to divide aid into two areas, one for infrastructure and the other in food with perishable products that these families need for daily livelihoods.

"We are delivering 12 sheets of zinc and 8 pounds of nails to each beneficiary, in this case we will benefit 41 families in the Kamla community," Narváez reported, adding that the remaining 38 families will be given basic grains and other hygiene utensils.

It is important to note that with the 78 families benefiting from the campaign, URACCAN, in conjunction with the IDB, is supporting approximately 600 indigenous Miskitas people from Kamla, including children, adolescents, young people and seniors.

Prior, free and informed consent

For her part, Morelia Antonio, Syndica of the community of Kamla, stated that URACCAN has maintained an agreement with the community, respecting the leaders who are at the helm, leading them and the communities, taking into account that before carrying out any study or project, prior, free and informed consent is made, as part of respect for the regional rights of the indigenous peoples of the Caribbean Coast of Nicaragua.

Also, Mr. Clebor Jackson Dows of the Kamla community recounted that during the passage of Hurricane Iota his entire family took refuge in the Morava Church, however, he decided to stay at home and explained that the dwelling where 9 people live was partially destroyed, and this Thursday they received aid from URACCAN and the IDB " "I thank you very much because this is a good help for us," he said.

For her part, Tania Jael Hernández, a single mother of 3 young children, expressed with great shock that after Hurricane Iota is housed in her mother's house, because her home was totally destroyed, "now I'm going to build my house with what I was given and that's why I'm saying thank you very much," Hernandez said.

With the same impetus, Mrs. Aracely Michel and Mrs Lolita Snayder thanked the university for taking them into account in this project, because their homes were severely affected by Hurricanes Eta and Iota.

It should be mentioned that during these last weeks of February the food packages will be delivered and will be completed with the other roof plans that are yet to be delivered.