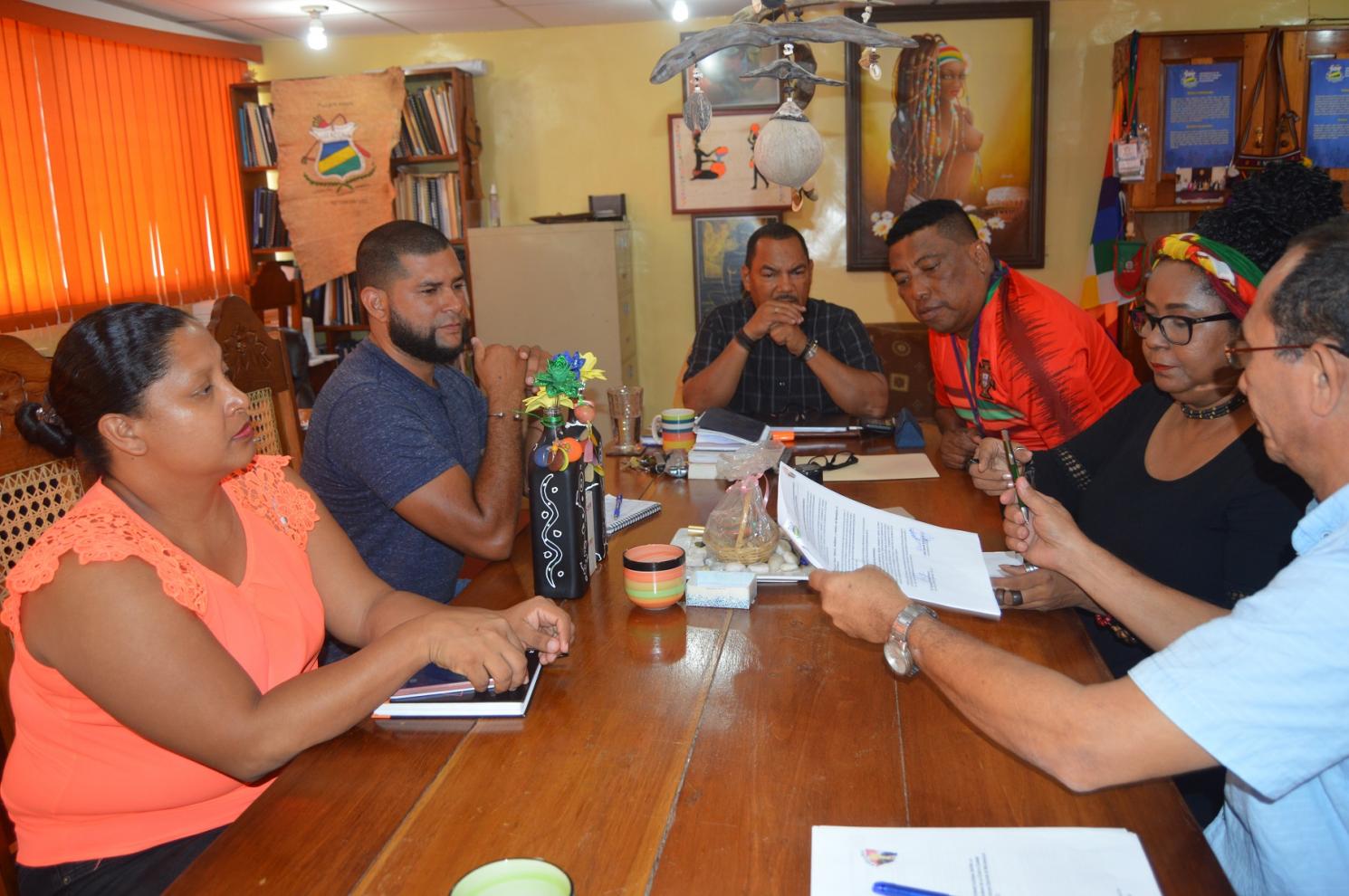 With the aim of articulating work for intercultural community accompaniment in the process of revitalizing the culture of the Creoles and Garífunas peoples of nicaragua's Caribbean Coast, the University of the Autonomous Regions of the Nicaraguan Caribbean Coast (URACCAN) through the Institute of Studies and Promotion of Autonomy (IEPA-URACCAN) of the Bilwi campus, signed an agreement of understanding with Afros Voices Center of Nicaragua (AVOCENIC).

According to Graduate Dixi Lee, IEPA coordinator at this campus, this memorandum of understanding consists of seven clauses comprising processes of accompaniment to social organizations and continuing to walk collective learning to strengthen the cultures of indigenous, Afro-descendant and mixed-race peoples.

Fundamental purposes of the letter of understanding

Lee detailed that the main objective of the agreement since URACCAN "in its quest to accompany development processes with identity to indigenous peoples, Afro-descendants, half-breeds and ethnic communities for the good territorial governance and good living of the peoples of Nicaragua's Caribbean Coast should be subscribed to this memorandum of understanding, with the aim of establishing alliances between the URACCAN academic institution and the Afro-descendant organization AVOCENIC to develop joint collaborative actions for the future of the strengthening of the Afro-descendant people of Bilwi," the document reads.

It also stated that this document was based mainly on the "community accompaniment of URACCAN's collaborative strategic plan".

Expectations of the Afro-descendant Organization in the articulation process

For her part, master's degree Deborah Bush, co-director of AVOCENIC stated that "URACCAN has been attending and accompanying AVOCENIC since its founding, only what we understand with this is to give greater formality to the actions that we have been perceiving both as an Afro-descendant organization and as an educational institution," Bush said.

In addition, the representative of the Afro-Descendant Organization in Bilwi recalled that since URACCAN and AVOCENIC were preparing to participate in the Fourth Afro-Descendant Colloquium to be held in the city of Bluefields, "we have been doing things together, contributing to each other," she said.

In this sense, Enrique Cordón, PhD, vice-chancellor of URACCAN in this campus, assured that as a university several agreements have been signed with different organizations and institutions, "but we have never had a document that formalizes all the work we are doing mainly with the Afro-descendants of the Caribbean Coast of Nicaragua, that is relevant and we are sowing a seed", emphasized.

In turn, Cordón emphasized that the purpose of this firm, is to be able to work together with Afro-descendants, "rescuing, strengthening, revitalizing all the existing culture, is a task that we had pending as an Intercultural Community University, although in our strategic plan we worked strongly the issue of strengthening and accompanying indigenous and Afro-descendant peoples, we had to organize, plan actions and activities with and for Afro-descendants" Highlighted.

Finally, the master's degree Yuri Zapata, Vice-Chancellor General of URACCAN emphasized that since the founding of this house of intercultural higher studies, it has positioned itself as the institution that serves the multi-ethnic, multilingual society of the Caribbean of the country, since intercultural community accompaniment has been working with the different populations.

"They only formalized what has been being worked on in celebrations, conferences, educational talks and also in the celebrations of some activities, crystallizing this letter of understanding implies that the two institutions AVOCENIC and URACCAN have great commitments to revitalize the identity of peoples through processes of research, creation, recreation of knowledge, knowledge and practices of Afro-descendant peoples" , rated Zapata.