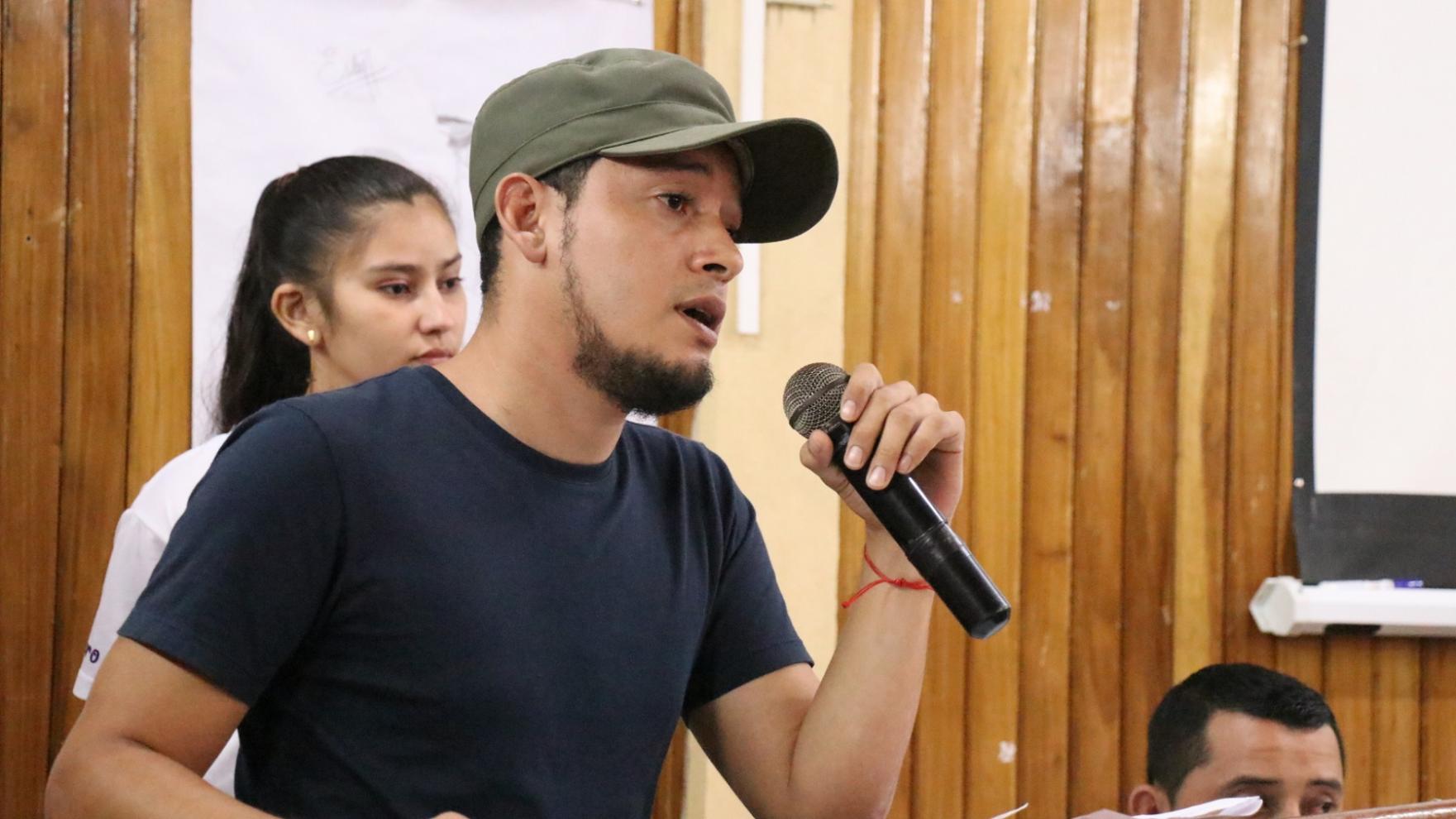 A waste of culture was lived in the Carao auditorium of URACCAN Las Minas on its campus in Siuna, during the first recital of poetry, singing, painting and music, organized by students and teachers of the Presagio cultural movement of this venue, in commemoration of International Women's Day.

Jacoba Dávila Molina, PhD, said this event is of great significance to URACCAN for the strengthening of the Presagio cultural movement.

"Women are today commemorating the struggle for equal rights and that is why the cultural movement Presagio holds the poetry contest in honor of women, there are poems, melodies, songs, and exhibitions, stories, that come to strengthen identity, with this sharing of talent", that is the message sent by Vice-Chancellor Angelica Leonor Ruiz Calderon.

Master Academic Secretary Ariel Chavarría, said that in the omen cultural movement, he collects the talent that URACCAN students have in different artistic expressions, such as poetry, singing, music, drawing, which is dedicated to women's day, which must be every day, even if there is a special day.

The boy poet Olden Urbina opened the recital with a poem calling for stopping perverse inequality at home and at work.

"Laws, decrees, justice are of no use but prejudices against women expire, the answer is respect, equality, that your body respects you that respect your voice, do not raise your hand that does not raise your voice," the poet boy said.

Gladys Díaz shared a poem of his authorship dedicated to women, where he highlighted the beauty of the woman, who inspires happiness, dreams, cries laughs and conquers every soul in love is passionate warrior, it is light is chaos, and it is freedom, says part of her deceration in the recital.

Student Kevin Rosales shared a melody with his masterful mastery of the flute that took the applause of members of the Presagio cultural movement.

Denis Altamirano shared her poem called woman, where she emphasized that you do not allow yourself to be defamed, walk on the sea of machismo, do not let your good name be trampled, be brave and independent and be a woman.

Student Ivan Latino shared a writing about women highlighting the role that women have played in the discoveries of great scientists in the world.

Gema Gosden dedicated a song to the woman who in her medullary part stands out that she is a woman who falls in love listening to a song or a love poem, dreaming of the silence of her alcobe.

Abigail Vasquez Leiva declaimed the virtuous woman poem, where she highlighted the virtues of the woman, from her beauty and the mistreatment to which they are subjected, but she also reflected, called the woman to fight and not to remain silent and demonstrate her strength

Jilmer Ortega in his poem highlighted the beauty of the woman and asked her to wait for the right man to leave her and stop being excited about a picaflor.

Professor Eddy Lopez shared his writing dedicated to the woman and was followed by Bryan Rojas, Ivan Latino, Hanyelin Simpson Wendy Mendoza and concluded with the singing of Joyner Mercado.

URACCAN from its Mission and Vision highlights the innovation processes that its students and teachers have, the cultural movement Presagio is an example of the ability of our teachers and students to be able to organize a high-karat cultural event like the one that was lived in the Carao auditorium.