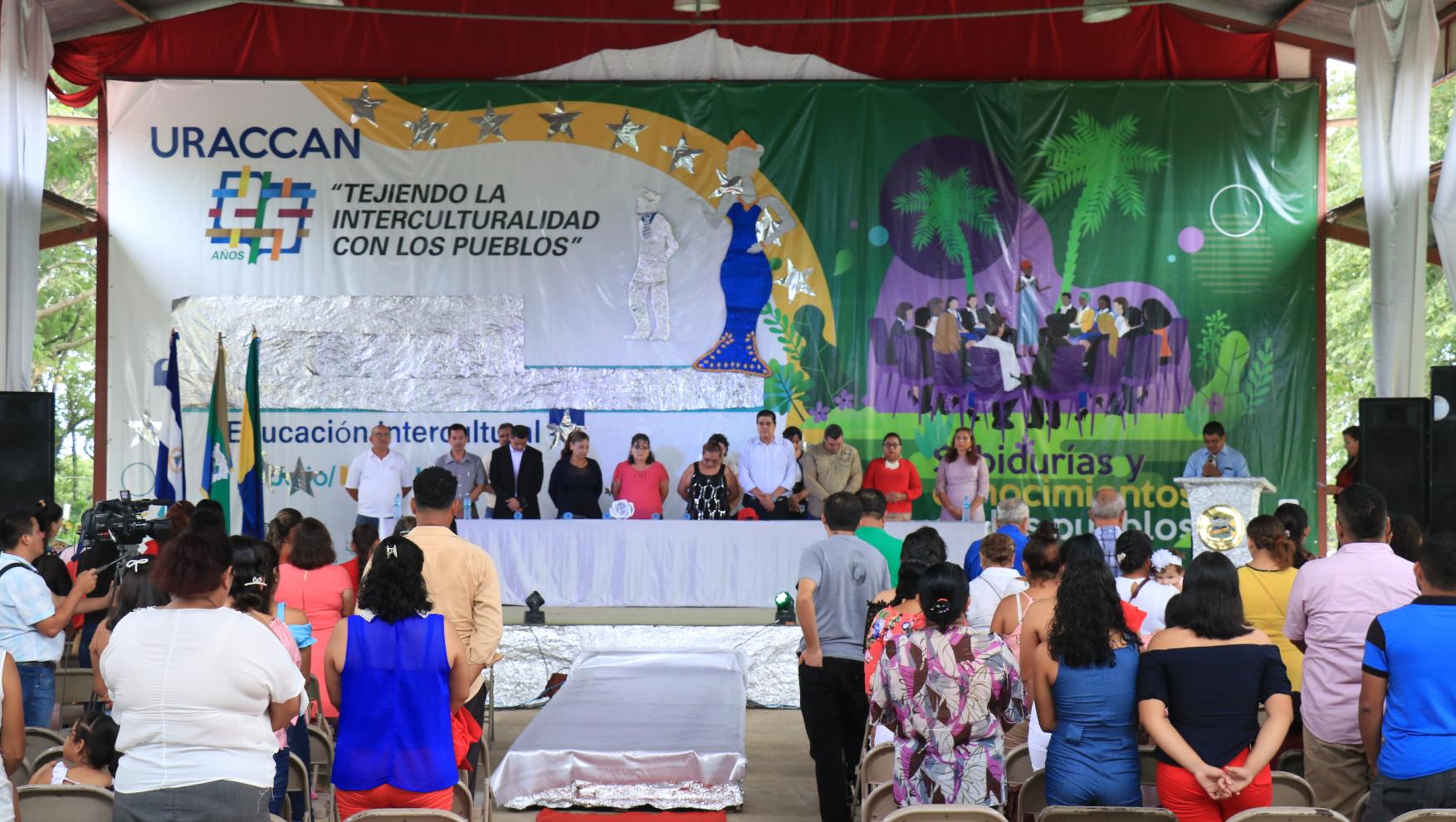 URACCAN, since its Intercultural Community University Model, has promoted relevant processes from and with the accompaniment of indigenous, Afro-descendant and mixed-race peoples of the Caribbean Coast and Abya Yala, as one of its main philosophical sources of institutional life.

In this way, it has managed to claim the rights of the peoples to have its own university that offers programs relevant and landed to the realities of the territories, from an Intercultural Higher Education consistent with the realities of the territory, "this is a pride for all of us who have accompanied these processes on the Caribbean Coast", highlighted Master Lilia Montoya Leal , during the launch of the 25-year founding of URACCAN.

Montoya, highlighted feeling satisfied to be part of the family of the First Intercultural Community University in Latin America, "there are many achievements, but we also have challenges that we have to meet, where each has been part of this project, which is a vindication of the rights to education of the peoples of the Caribbean Coast".

Likewise, the academic emphasized that significant achievements have made a great impact on regional and country development, "25 years of struggle in which we manage to build intercultural citizenships in respect and harmony, weaving citizenship and interculturality, is a path of all".

Authorities of URACCAN, in the Las Minas campus, in the company of the teaching, administrative, students organized in the UNEN URACCAN, organized the commemorative launch of this feast of the Caribbean Coast of the 25 years of this house of study.

The event was attended by members of the municipal commune and society in general.