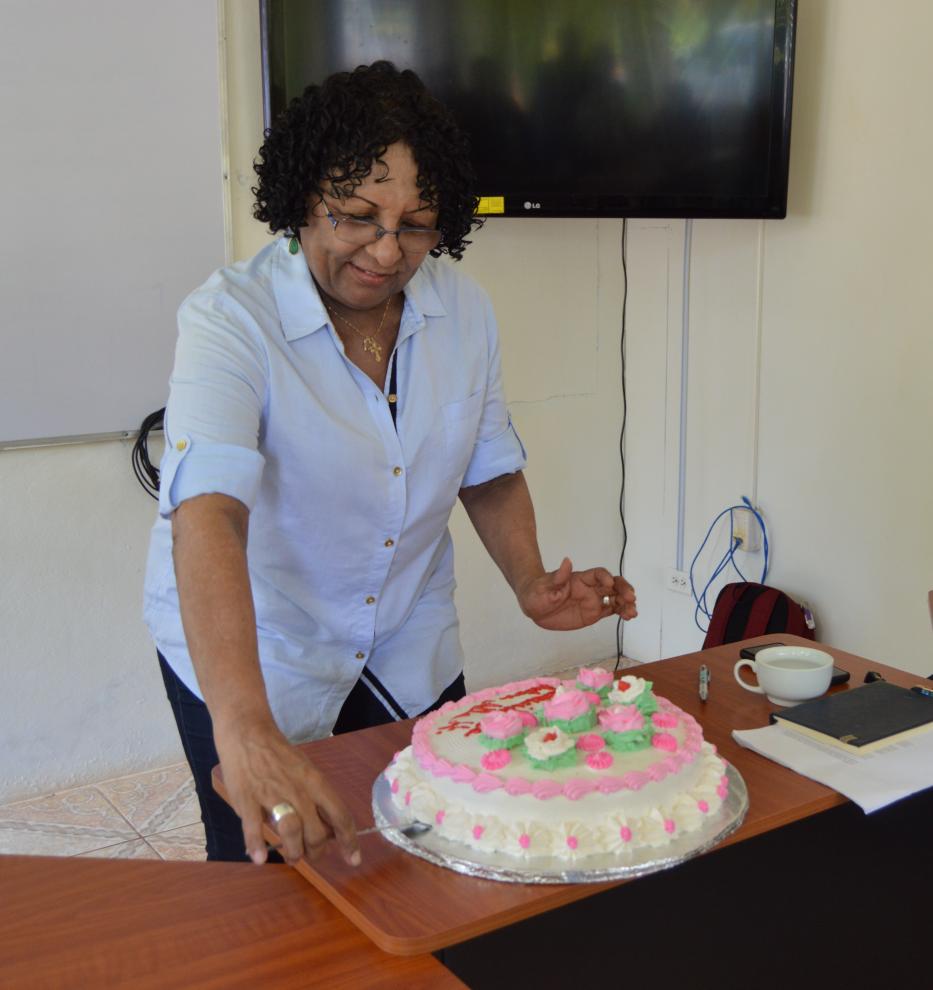 A recognition of his work on his birthday

URACCAN, in its 25 years of operation, has managed to form a family with great human talents, full of knowledge, values, principles, skills and experiences, led by Dr. Alta Suzzane Hooker Blandford, in her role as rector of this intercultural community study house. In this sense, at the Bilwi compound, officials and civil servants celebrated with her a modest and humble surprise to celebrate her birthday.

In 2017, he received the highest distinction from the Organization of the Americas for Ethics in Education (ODAEE), "Doctor Honoris Causa in Philosophy of Education", who recognized his contribution in the development of sciences, arts and letters in Ibero-America, which he has made since URACCAN.

It is also substantial to note that Dr Hooker is the first Afro-descendant Nicaraguan woman to receive this title; who recognizes all the path traveled in favor of an intercultural higher education of quality and relevance towards indigenous peoples, Afro-descendants and Mestizos of the Caribbean Coast and Abya Yala.

This August 10th, the rector Alta, with a team, took a tour of the bilwi enclosure facilities to concrete the members of each commission that will be in charge of the festivities within the framework of the central 20th Anniversary of URACCAN. At the time, officials and civil servants sang to him and celebrated his birthday.

Dr. Enrique Cordón, vice-chancellor of the Bilwi compound, thanked the rector for her commitment, discipline and hard work she does for the institution, and in addition with emotional words said that "we wish you many more years of life to enjoy them with your family and with the large family of URACCAN, blessings and we want you to continue to accompany us in the institution , but also as a friend and sister, as she has always treated us," she said. Hooker, for his part, thanked the displays of affection.