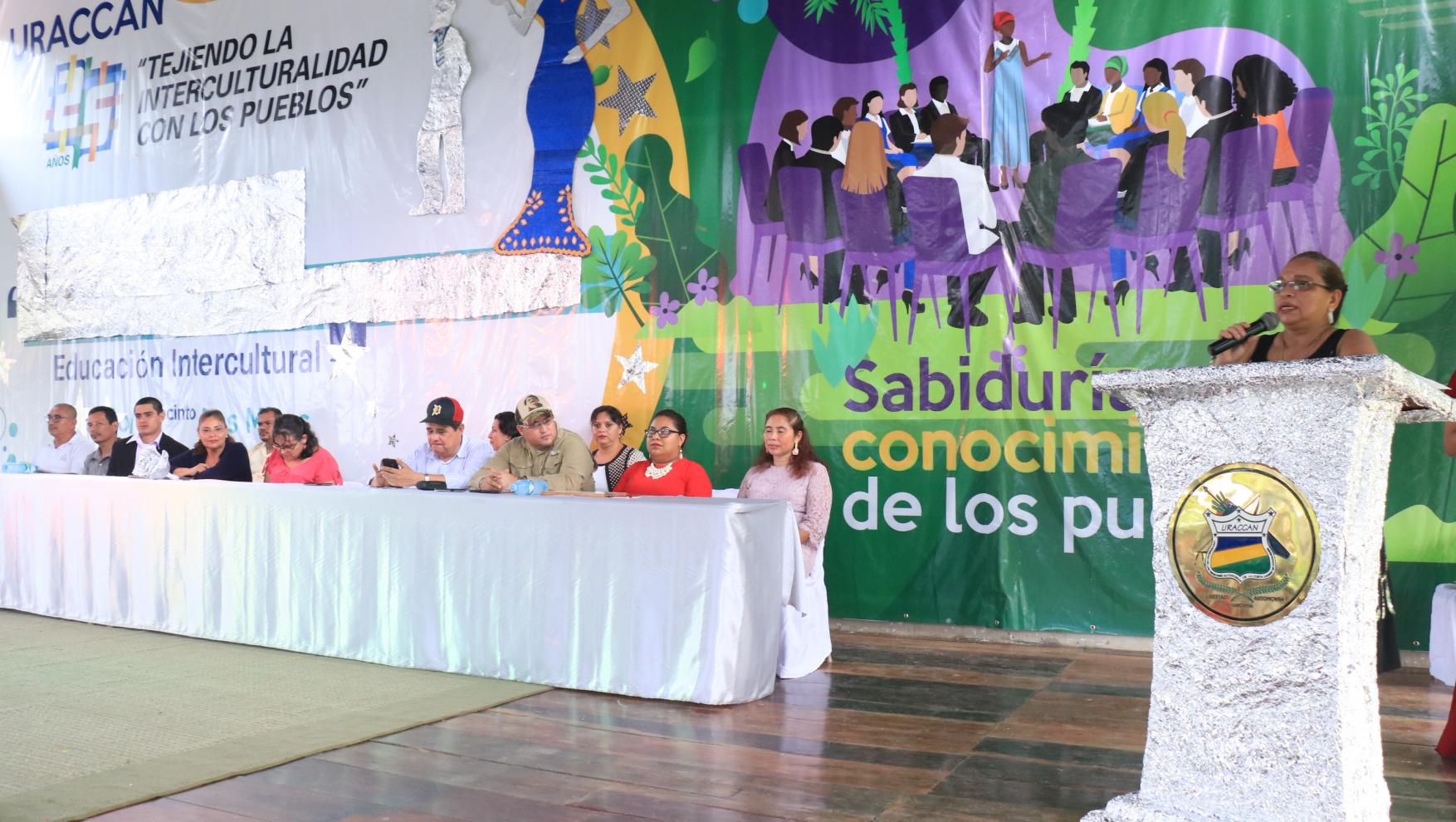 At the Las Minas Campus

URACCAN's institutional philosophy is composed of guidelines, principles, cross-cutting axes, vision and mission, which marks and shows the path of Intercultural Higher Education as a commitment to self-education from the thought of indigenous peoples, Afro-descendants and mestizos of the Caribbean, this being the main engine to achieve a number of achievements from the hand of peoples.

The Intercultural Community University, in this 25-year walk of offering a different education, which bets on the strengthening of Regional Autonomy and the worldview of peoples, has meant achieving important achievements, highlighted Dr. Leonor Ruiz, vice-chancellor of the Las Minas Campus, as part of the launch of the XXV Anniversary of this study house, in the Mama Cheya Open Auditorium in Siuna.

In this quarter of a century, more than 25 thousand students from the different municipalities and communities of the Caribbean have been cared for, accompanying and guaranteeing access to peoples in a comprehensive and equitable way.

URACCAN has professionalized more than 75% of the empirical teaching of the Ministry of Education in the areas of English, Mathematics, Spanish, Biology, Pedagogy, History, thus contributing to the national education plan promoted by the Nicaraguan State.

The vice-chancellor shared that more than 120 collaboration agreements have been signed from this territory with governmental and non-governmental agencies, cooperation agencies, private companies, community cooperatives and Indigenous Territorial Governments.

URACCAN has trained more than 5,000 community leaders on issues of strategic interest of peoples from the base and communal criteria within the framework of the intercultural community accompaniment that the university provides through the Institutes and Centers.

URACCAN today coordinates the Network of Intercultural and Community Indigenous University of Abya Yala (RUIICAY), composed of countries such as Mexico, Ecuador, Bolivia, Colombia, Guatemala and Panama, a platform for articulating their own education, where universities converge to dialogue and develop proposals and initiatives consistent with the indigenous and Afro-descendant worldviews of the continent.

Since 2018, URACCAN began to be part of the Central American University Higher Council (CSUCA) as a benchmark of the Intercultural Community University model and driver of intercultural higher education in Nicaragua and Latin America, as well as a full member of the National Council of University (UNC).

Ruiz, emphasized that this studio occupies the fourth place in the ranking of universities at the national level, for being attractive and for sharing different elements that highlight it as the First Intercultural Community University, from its philosophy to the processes of research, academia, cooperation and intercultural communication.