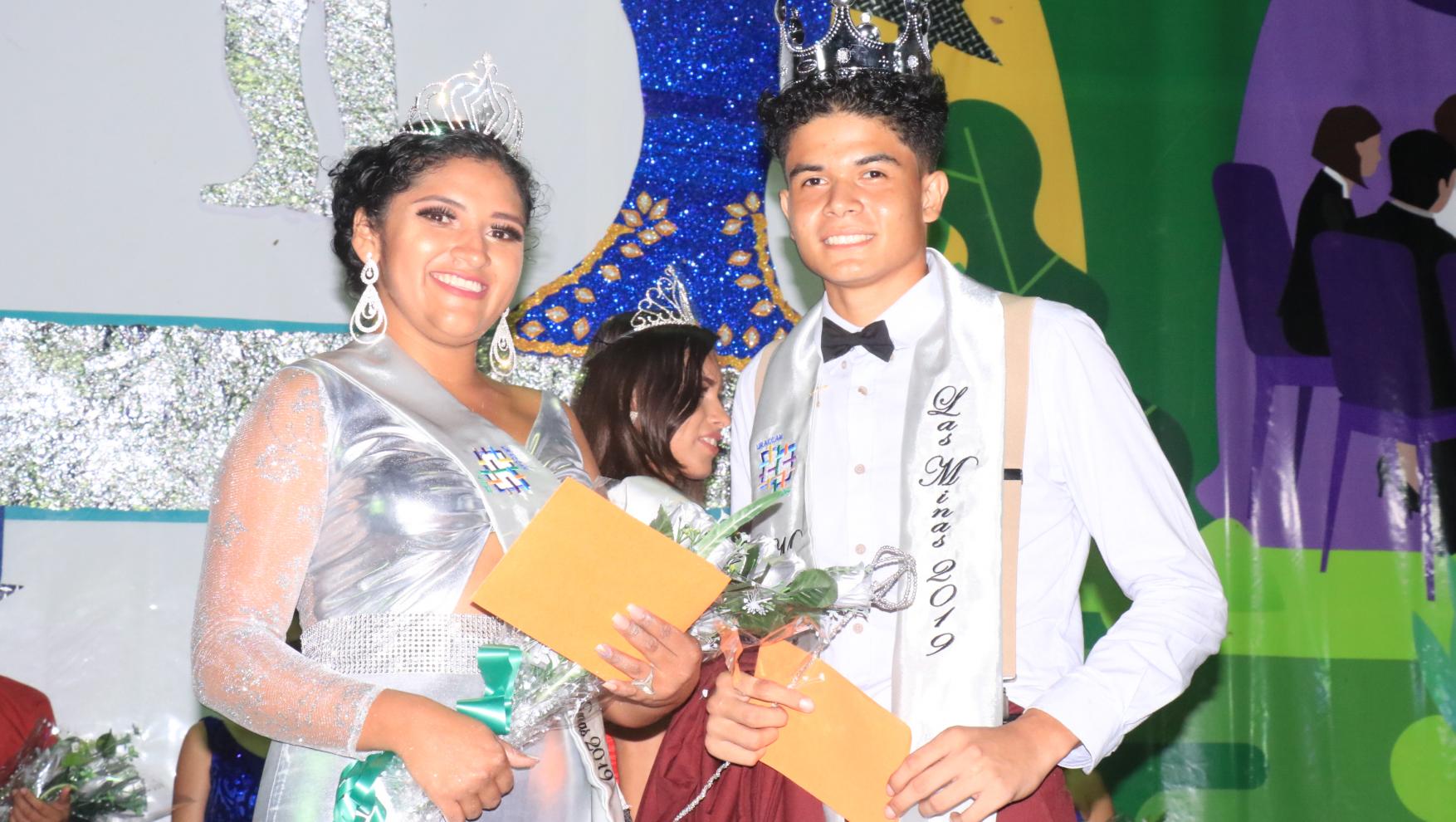 At the Las Minas Campus at the launch of this party

Bryan Josué Rojas Gutiérrez and Nirayma Cantarero Herrera of Agroforestry Engineering and Business Administration, respectively, were elected as the Míster and the Miss XXV Anniversary of URACCAN of the Las Minas venue, in a tough competition where two candidates and eight candidates participated in the contest.

Iris Kirenia Salazar of agroforestry engineering and Noelia Rodríguez Flores of Business Administration, were among the finalists who eligible for the crown and who demonstrated their skills and skills on stage, where there was a large influx of members of the university community.

The eight contestants performed their presentation in casual, artistic costume and in a gala costume, highlighting their skills through the creativity and commitment assumed by each of the candidates for the university reign.

The young university girls emphasized the importance of URACCAN for the youth of the Caribbean Coast during its 25 years of foundation, highlighting its model of intercultural community university.

The demonstrations of each of the aspirants, exceled in dance from the vision of the different Afro-descendant and indigenous peoples of the Caribbean of Nicaragua.

Creativity prevailed from each of the applicants, however, the chosen ones must represent their venue in the Miss and Míster URACCAN 2019 pageant in Bilwi in October 2019, organized by the National Union of Nicaraguan Students of the URACCAN in coordination with the management of Binestar Estudiantil and other areas that contribute in the organization.

The Student Movement of the Campus Las Minas, has promoted the spaces of art and culture, with the support of the university through the accompaniment of Student Welfare, as part of its vocational training processes.