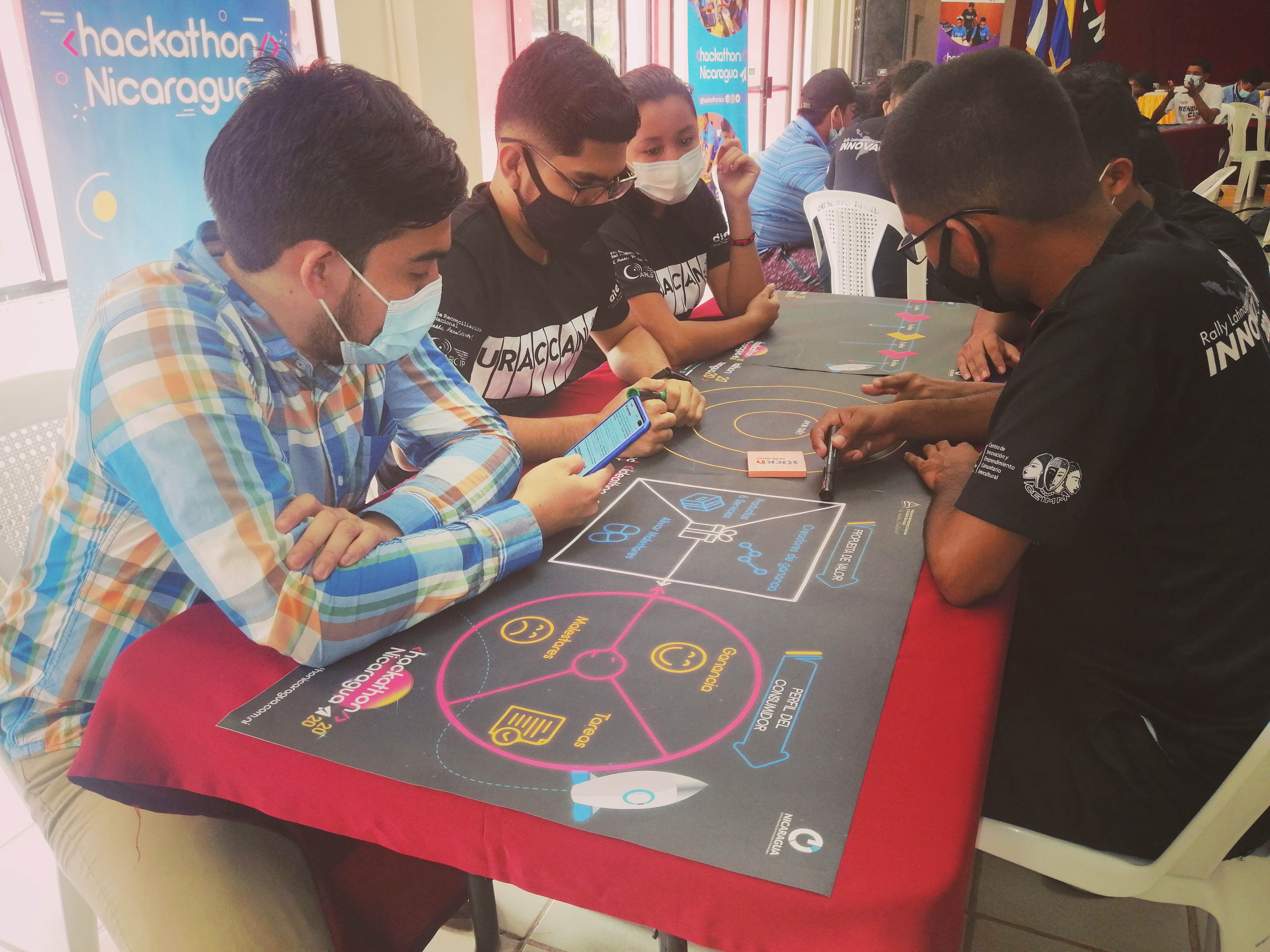 Promoting a culture of innovation and entrepreneurship

URACCAN, from its campus in New Guinea, participates in the Hackathon Nicaragua 2020, represented by two teams and 10 students of the Engineering in Systems and Computer Science careers, with the accompaniment of teacher Yanci Moraga, coordinator of Educational Technology, and engineer Hollman Rojas, coordinator of Innovation and Emprendi of this campus.

In order to select the 50 teams that will participate in the IV edition of the largest technological festival in the country, Hackathon Nicaragua 2020, the second phase is held on the creative route of said platform: "Ideathones Nicaragua 2020".

This edition is headquartered in UNAN-FAREM Chontales, where a total of 65 participants are located, who make up 14 teams, from the departments of Boaco, Chontales and Autonomous Region of the South Caribbean Coast of the country, with the representation of URACCAN.

For engineer Hollman Rojas, "as URACCAN venue New Guinea is a new experience, Hackaton is a national competition that brings together the best computer science and systems engineering students in the country; we are currently at the Ideathon, where an idea is raised, we are looking for a solution to the problem and then develop an app that will help us to give it way out."

Rojas Castillo also stated that "this helps to arouse students' creativity and is part of the preparation for their future professional performance".

Multidisciplinary work teams with activities to be developed

Of the 14 teams, characterized by their diversity of ideas and knowledge, 9 are integrated into the category "Aficionado", 4 in the "Advanced" and one in the category "Startups", who will present their project ideas to be developed.

The participants of URACCAN New Guinea venue, prior to the event, have been in training, with the accompaniment of specialists from this study house.

In this sense, teacher Janci Moraga explained that "the student was selected according to his skills and knowledge, that they have already acquired different skills in the classes and that they can work as a team, they have enrolled in the category of amateurs".

In addition, he reported that "one of the ideas is to create an app for passenger cars, but this tourism that includes small and medium-sized businesses and incorporating the English and Spanish language; a second group works on the idea of a web app, for vocational tests of fifth-year high school students and that induces them according to the results which university offers those careers and the mode of study".

For Hanier Morales, a member of the URAHEK team, with the Nica Tourism app, "it is a pride to be part of URACCAN, where it promotes participation in these spaces, which allow us to generate ideas for the implementation of new technologies in the enclosures, wanting to do something better from Nicaragua, by innovation of mobile applications that come to solve problems in the country".

Ideathones are creative workshops in face-to-face and virtual mode, to articulate or mature the ideas that were generated in "brainstorming" and thus, create a proposal of orderly and clear value that allows to visualize a way forward for the solution of the problem on which the companies or technological projects proposed by the participants will focus.