Skip to main content
Vice-Chancellor General of URACCAN reflects on the life trajectory of this house of study: 26 years after its founding 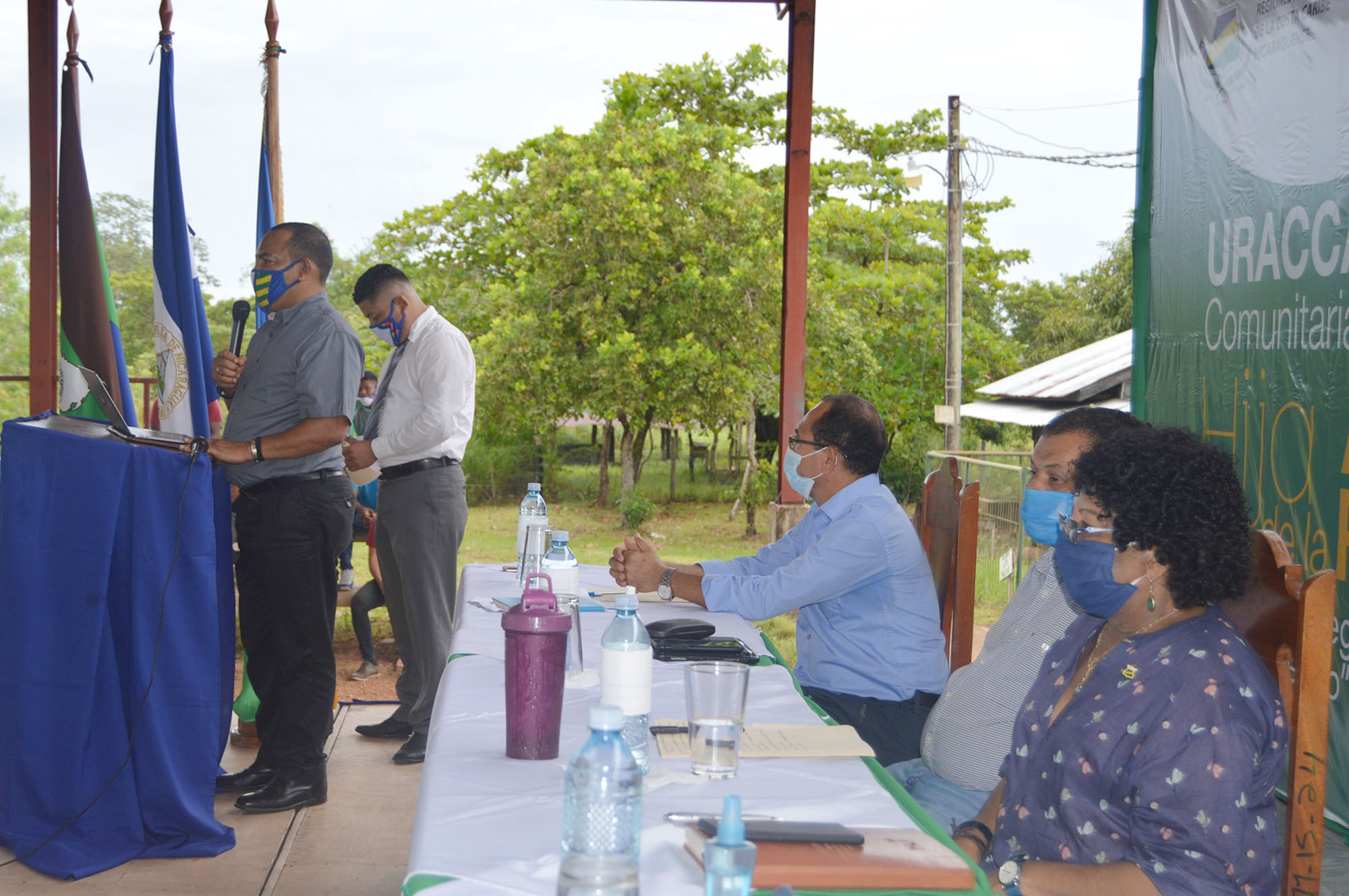 According to Master Zapata, URACCAN develops processes of exchange, dialogue and concertation with communities.

URACCAN, in the heart of the peoples of the Caribbean Coast

During the celebration of the 26th Anniversary of URACCAN and the 33 years of Regional Autonomy in the Bilwi campus, Master Yuri Zapata, vice-chancellor general of this institution, shared and reflected on the life trajectory of this study house before a large audience, where Dr. Alta Hooker, the coordinator of the Regional Government, MSc, was present. Carlos Alemán, founding members, representatives of sister universities, local and national media, as well as the entire educational community of this campus.

According to Professor Zapata, URACCAN collects the realities and needs of men and women from the Caribbean Coast who dreamed of having a university of their own. In his remembrance, the vice-chancellor highlighted all the united efforts of the Caribbean peoples, who make this country a multi-ethnic, multicultural and multilingual state.

URACCAN, the academic said, "part of a process of recovering his knowledge systems, denouncing historical abandonment, seeking to establish a model of economic, productive, social development, based on laws, in the international regulatory framework that collects and recognizes diversity as an opportunity to learn how to build and begin to transform society".

Within the Statute of Autonomy is contemplated the Regional Educational Regional Economic System (SEAR), from which the system of work of URACCAN to the different ethnic peoples that live on the Caribbean Coast is born. But also, the vice-chancellor said, "we have developed our own processes that determine our action towards society."

Since 1987 we have enjoyed a Regional Autonomy that has allowed our peoples to keep our natural resources alive. And URACCAN has strengthened this regional process by forming spaces for collective, community and collaborative learning.

In its early days, URACCAN's educational offering was only 5 careers, relevant to the development of the region. Today, the zapara teacher reported, URACCAN provides a doctoral program, master's programs, specializations of 23 degrees and promotes various research to contribute to the development with identity of the Caribbean Coast.

URACCAN is said to have diversified the academic offering in these 26 years of walking and rebounds to much more in years to come. For this reason, the Vice-Chancellor General assured, the strengthening of URACCAN with its model of Intercultural Community University is intimately linked to the celebration of the 33 years of Regional Autonomy, since URACCAN is the daughter of Autonomy.