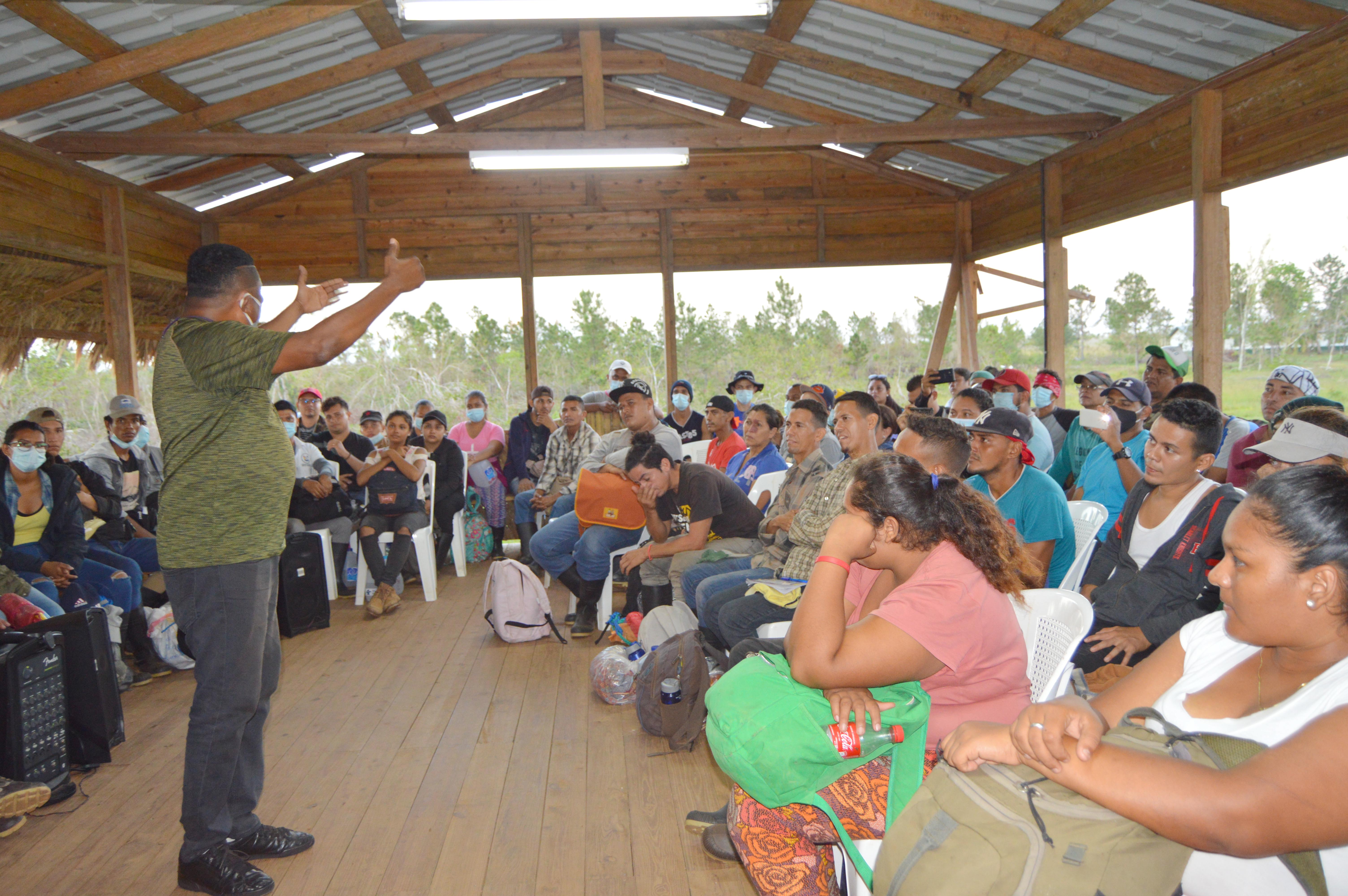 Dixie Lee Smith, IEPA-URACCAN coordinator, during the welcome to volunteers.

Support for families affected by the two hurricanes

URACCAN, through the Institute of Studies and Promotion of Autonomy (IEPA) of the Bilwi campus, in company with authorities of the Regional Government and the Afro AVOCENIC Organization received another delegation of solidarity promoters from national universities, who arrived in the municipalities of Puerto Cabezas, Prinzapolka, Waspam and the Mining Triangle to accompany and follow up on the damage lifting activities caused by the two hurricanes in neighborhoods and communities.

Mr. Dixie Lee Smith, coordinator of the IEPA-URACCAN Bilwi precinct, was in charge of welcoming the volunteers, and gave them a brief introduction of the raison d'een of the First Intercultural Community University in Latin America. "I would like to convey to you the greeting of the university authorities, first of all, of the rector, Dr. Alta Hooker, but also of the two vice-chancellors, the vice-chancellor of the compound and the vice-chancellor-general, who unfortunately are not now," he said.

The young Elena García, representative of the National Solidarity Promoter, explained that the main purpose of staying in the municipalities affected by the passage of the two powerful hurricanes is by the vocation of service to the peoples, also pointed out that from 10 November a delegation of volunteers from the national universities was mobilized to the Coast to accompany Caribbean families , the work has consisted of making home visits to verify the damage caused by this natural phenomenon, it should be noted that, so far there have been 1,227 solidarity promoters who have been in the municipalities of Puerto Cabezas, Waspam, Prinzapolka and the Mining Triangle.

The delegations are made up of students from UNAN-León, UNAN-Managua, UNI and UPOLI, and some volunteer from the communities of the department of Managua y León, "who have left their families behind many kilometers, what more pays than the smile of our children, than the satisfaction of the families," Garcia said.

The young developer was grateful for their reception at URACCAN, "I didn't know and I find the truth huge, and we have witnessed how the university has suffered the impacts of hurricanes on infrastructure."

García also stated that during this conversation we shared topics such as Autonomy, "we are sharing in an intercultural classroom all that is the autonomy process, normally in the Pacific we do not hear about Autonomy, so URACCAN is doing a great job right now, because it is shown in us replicators, spokesmen and promoters of Autonomy, in León, in Managua , in young people who study at these universities and who live in other departments of the country, the truth is that these exchange processes contribute to having a little more knowledge, of culture, of realities, of customs, of the worldview of our peoples," she concluded.