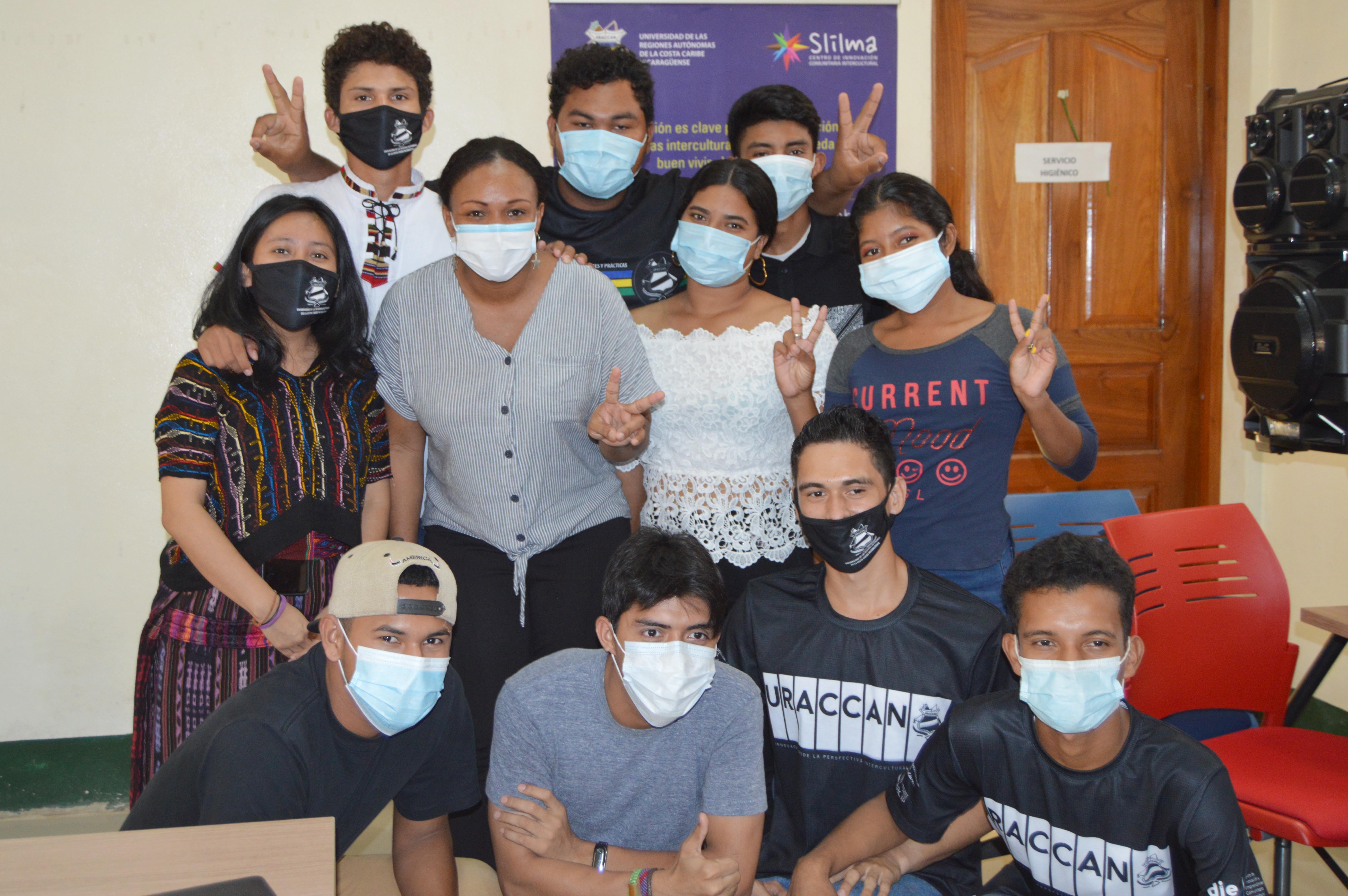 The URACCAN Slilma Intercultural Community Innovation Center, at the Bilwi campus, culminated in the V Open Innovation Season, where students from Psychology in Multicultural Contexts, Business Administration, Administrative Informatics and Systems Engineering presented the prototypes of innovative proposals that will solve different problems of the Caribbean population.

Teacher Heydi Forbes, coordinator of the Innovation Center, said that despite the difficulties caused by the pandemic and two major hurricanes that hit the Caribbean Coast in November, Slilma has fulfilled its programs.

"We had to modify the encounters online, but we also used another methodology that is semi-presidential to be able to continue all the events within the methodology, we had another difficulty with the theme of the two hurricanes, however, these situations were not impediment to being able to complete the V Open Innovation Season, because there was an effort, on effort and dedication and interest by the students to be able to finish and successfully with their innovations" Forbes explained.

For this season, three projects were presented, including: the creation of a website and a radio program that addresses mental health issues, as well as supporting people suffering from these conditions, the other two are mobile applications that will support traders, especially rural areas that offer products to the trade sector and the general population.

Sense of innovation and entrepreneurship in study

The student of the second year of Systems Engineering, Ian Vílchez, made the presentation of the Community Charges application, which will basically cover the communities near the city of Bilwi, where producers will offer their agricultural products through this mobile application, the way it will facilitate the sale and reduce economic losses.

Hector Halford, a student of the 2nd year of Systems Engineering, was in charge of presenting the Tasba Pawanka mobile application, which translated into Spanish, is "Our growing land" and this is to improve trade in the indigenous territories of the Caribbean Coast. "On the field tour we did, the communities told us that people from the Pacific came directly to the communities to buy their products, and take them away, and with this pandemic theme that has been totally lost, there is no longer that connection that was before," the young man explained.

Finally, Xib Ach Ixmucané Ceto Morales, a student of the second year of Psychology in Multicultural Contexts, said that as students of this specific career they decided to create a website and a radio program to support the population with the problem of mental health, a subject that is very little addressed, but has been manifesting itself in youth.

"Wan Kupia Alkaya, the radio program will serve to inform young people in an age range of 15 to 25 years about what pathologies are presented at these ages and where they may have additional information that would be the website, in addition, the website will have a chat that will serve as a liaison to work with users and that these can be referred to a psychologist of the institutions that work with us" , explained the student.