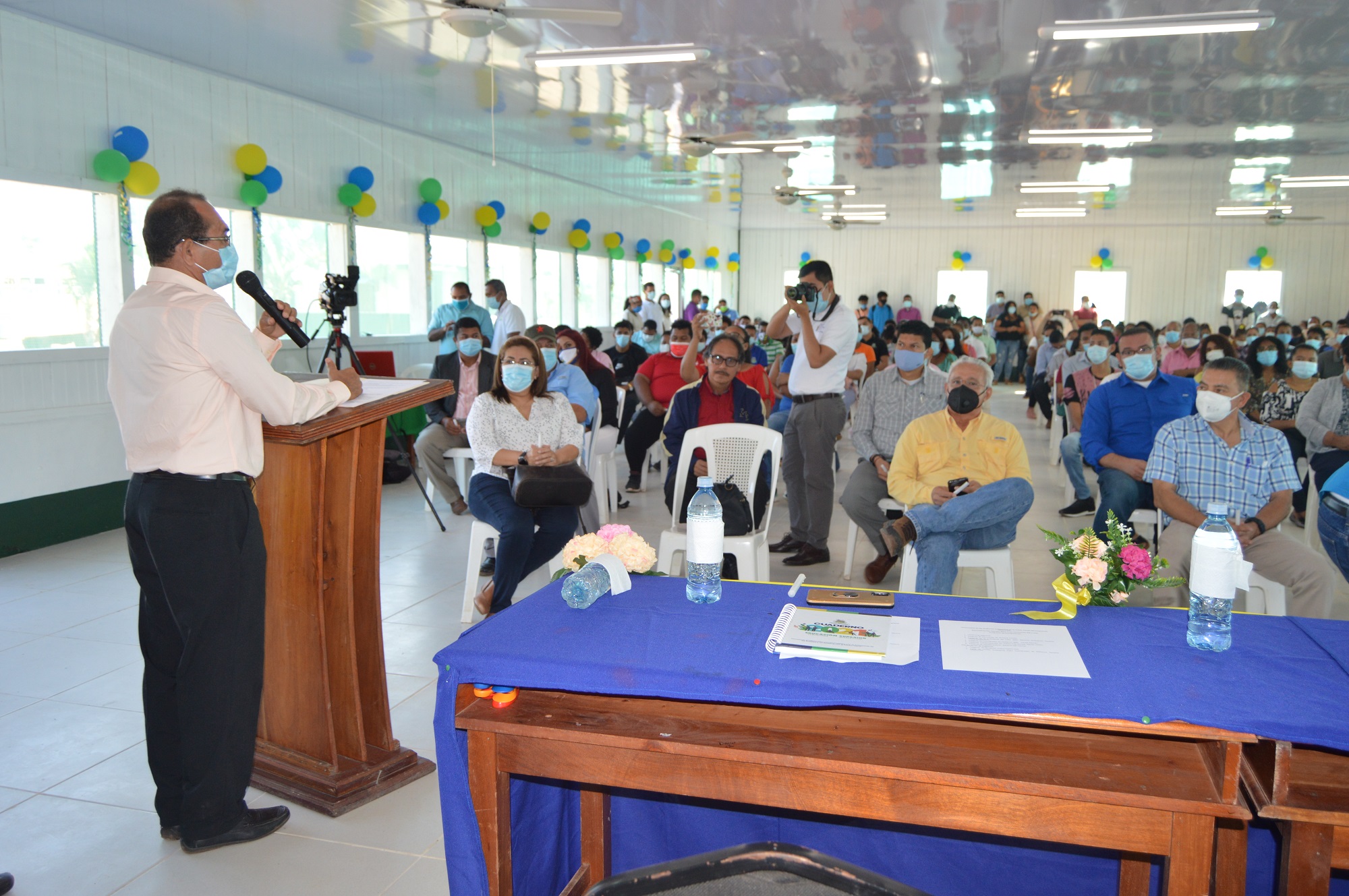 Words of welcome and spiritual reflection

With the participation of members of the National Council of Universities (UNC), regional authorities and the educational community of URACCAN Bilwi campus, the rebuilt buildings were inaugurated on this university campus and destroyed by the two hurricanes.

First, it began with a spiritual reflection by the teacher Serafina Espinoza, director of the Institute of Traditional Medicine and Community Development (IMTRADEC-URACCAN), through lit candles each of the people who had the availability to make donations to make this construction possible was thanked.

For its part, the PhD. Enrique Cordón, vice-chancellor of URACCAN Bilwi precinct, said that "it is a historic day because we are inaugurating the reactivation of our infrastructure and we are reborn with hope after the impact of two hurricanes that almost entirely affected our study house," he said.

Cordón also recalled that after the passage of the two hurricanes, URACCAN submitted a report to the UNC detailing that between 90-95% of the infrastructure of the Bilwi enclosure was impacted, between classrooms, auditoriums, library, laboratories, wineries, offices, recreational areas, a total of 42 buildings built of concrete and wood, resulting in a loss of 66 million cordobas.

The buildings already repaired and rebuilt are modules 1 and 2, with 8 classrooms available, the teaching room, the science lab, boarding school, the dining room, the rectory building, the registration area and 3 bathroom batteries, Cordón mentioned.

Solidarity in the face of adversity

The vice-chancellor also referred to the displays of solidarity and brotherhood that were given by the large URACCAN family, noting that the other three precincts and three extensions were made available to support Bilwi, "our UNC brothers, made their first visit in December and saw the damage caused to our study house, their contribution is very significant , providing us with psychosocial and infrastructure aid brigades," he said.