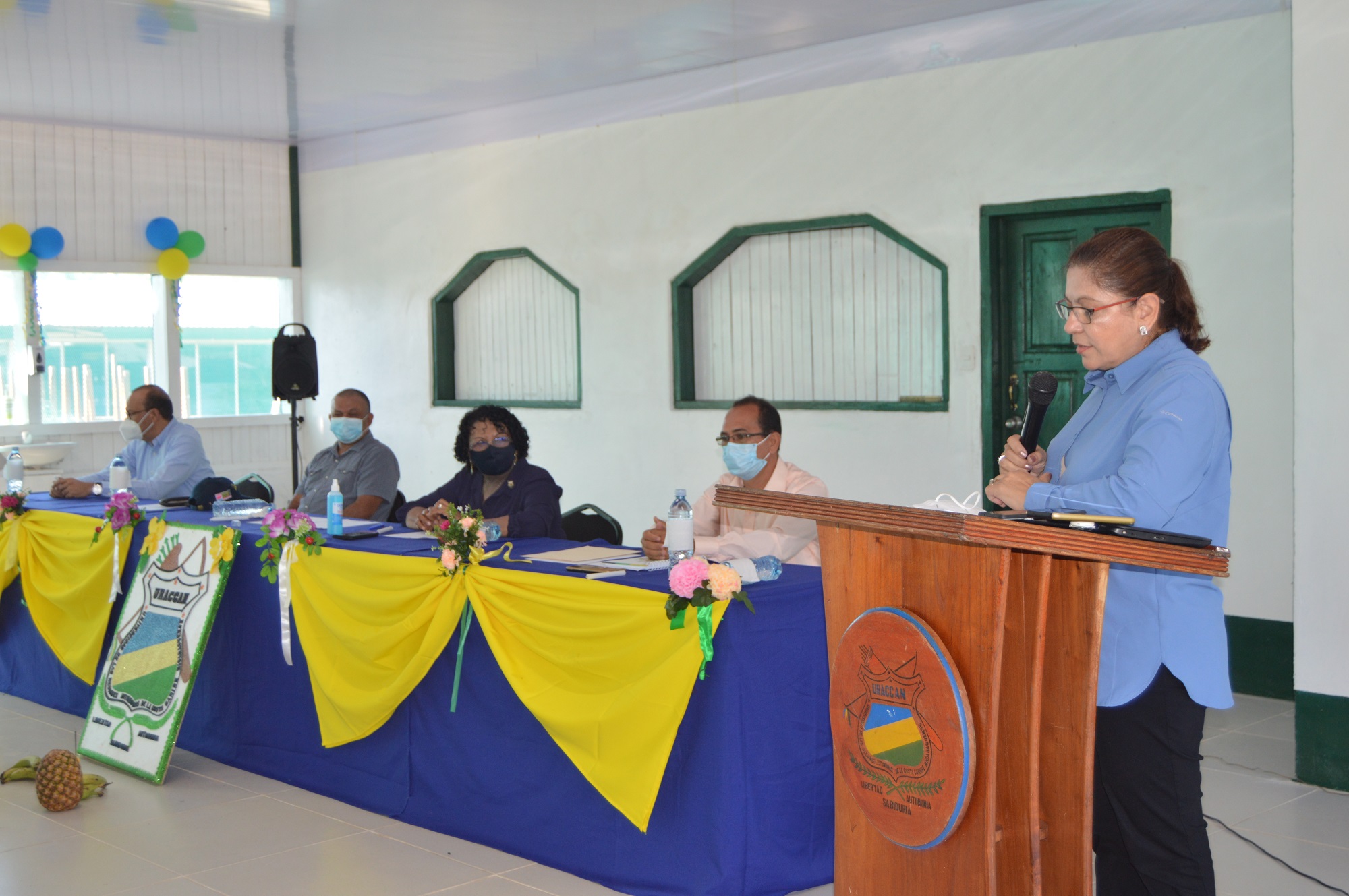 Interventions by the UNC and the Regional Government

UNC President Ramona Rodríguez, through her address at the inaugural event of the reconstruction of the buildings at URACCAN Bilwi, said this project has shown that "together and together we can get ahead, even if the situations are very harsh and difficult," she said.

He also explained that the visit in December 2020 was to patent the solidarity and empathy of URACCAN as an active member of the UNC, as well as to find that closeness to the peoples of the Caribbean Coast who suffered the onslaught of Hurricanes Eta and Iota.

"I took the opportunity to give a verbal recognition to our friend, rector Alta Hooker, a woman who has great visional leadership, who transmits to us all, those energies, that vision, that commitment, we all join and learn because she is always seeing how the development of the region is carried through Education," she said.

Another of the topics presented by Rodríguez was the work that is being done with URACCAN and Bicu, to take education to remote places, where education in the field is needed, in this sense URACCAN took the first step offering careers in Education Sciences in Prinzapolka.

For his part, Master Carlos Alemán, coordinator of the Autonomous Regional Government of the North Caribbean Coast, appreciated the show of solidarity expressed by UNC member universities.

German also said that through the university brigades that arrive after the hurricanes the detailed report on the damage in each territory could be made, "we are here thanks to the efforts made by universities in the elaboration of the responses, the systematization in each of the homes and communities of the Caribbean Coast," he said.