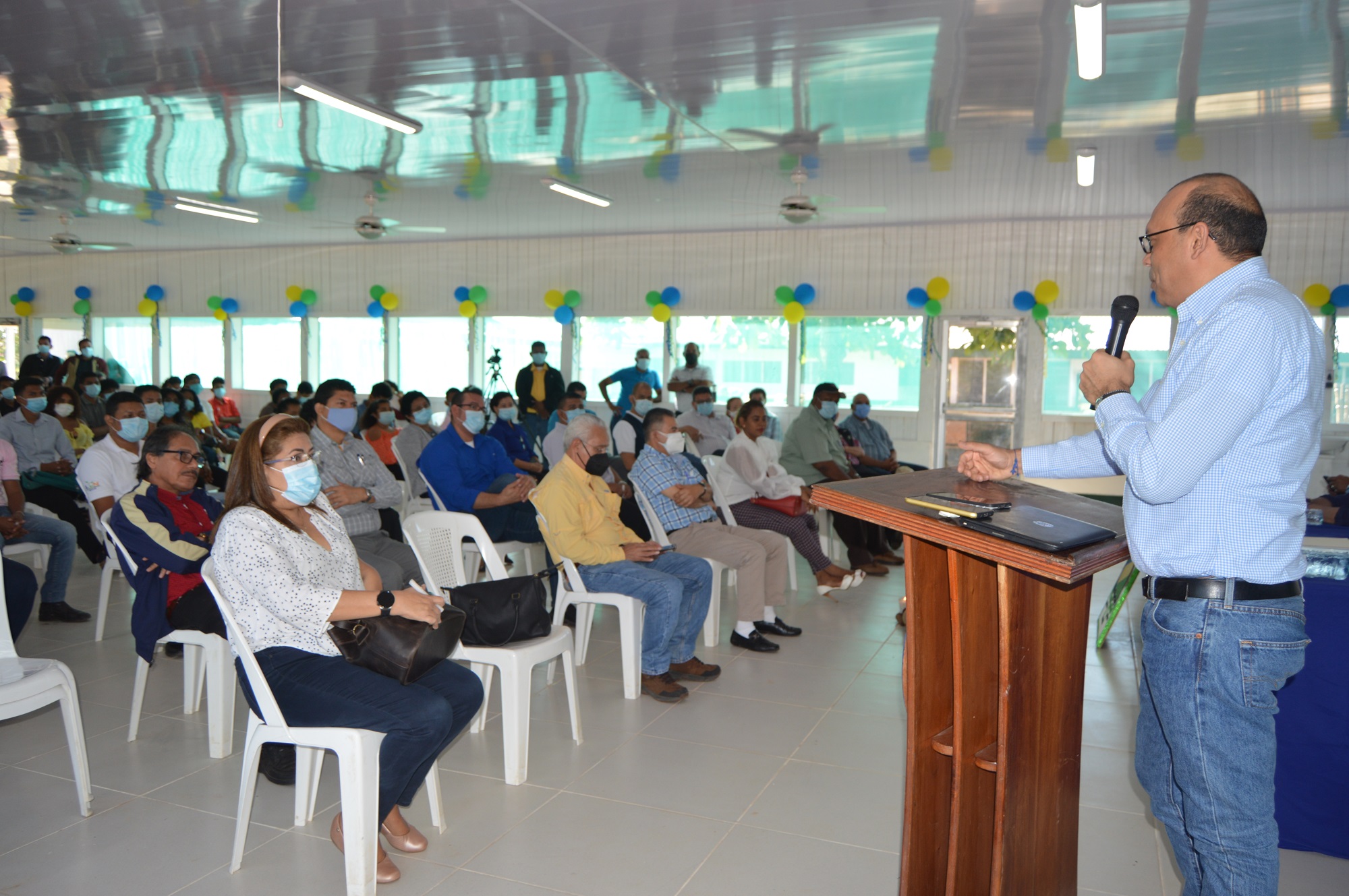 Sharing on interculturality from another glance

Fray Carlos Irías, rector Of Antonio Valdivieso International University (UNIAV), was in charge of providing the inaugural words in the protocol event held at URACCAN Bilwi campus, for the reconstruction of the first part of modules and where special guests were members of the National Council of Universities (UNC), leaders and leaders of the Kamla community, regional authorities, teachers, students and administrative staff.

Irías, in his speech, referred to URACCAN as an example of inclusion, in turn, added the empowerment that has been demonstrated since the inclusive exercise in Nicaraguan women, among the examples mentioned was the teacher Ramona Rodríguez, as the first rector of UNAN-Managua and as president of the UNC, Dr. Flor de María Valle, first rector of UNAN-León , Dr. Mirna Cunnigham, first rector of URACCAN, and Dr. Alta Hooker, rector of this university.

"We're breaking paths, we're even fighting those options, because those women have to prove twice or more of what a man does for us to take them seriously," Irias said.

According to the rector, that is where URACCAN plays a very important role in the practice of Interculturality from gender issues, adding that "interculturality finds and promotes, triggers the opportunity to enhance experience, but from a rationality, our personal packaging of collective history, where we come from, for me the knowledge of where we come from and what we contribute is what we call dialogue of knowledge , of thinking, of making, feelings and desires," he said.

In addition, the rector of UNIAV emphasized that interculturality is demonstrated from empathy, "putting onesewhere of the other", and is not about one and a hegemonic thought where peoples have to suffer, "but relationality where we validate ourselves with each other, we recognize ourselves in difficulty, that is why interculturality is extremely important" Highlighted.

Expressions of solidarity towards URACCAN

In conclusion, Irías stated that during the UNC's visit in December last year, the face of this enclosure was totally heartbreaking and depressing, "the landscape was different, it was insolate, of pain, it was to sit down and cry, when we want to show it in good, bad and evil, that's why we are here" , the professor mentioned.

Finally, the rector emphasized that from this date a new chapter is written in the history of URACCAN.