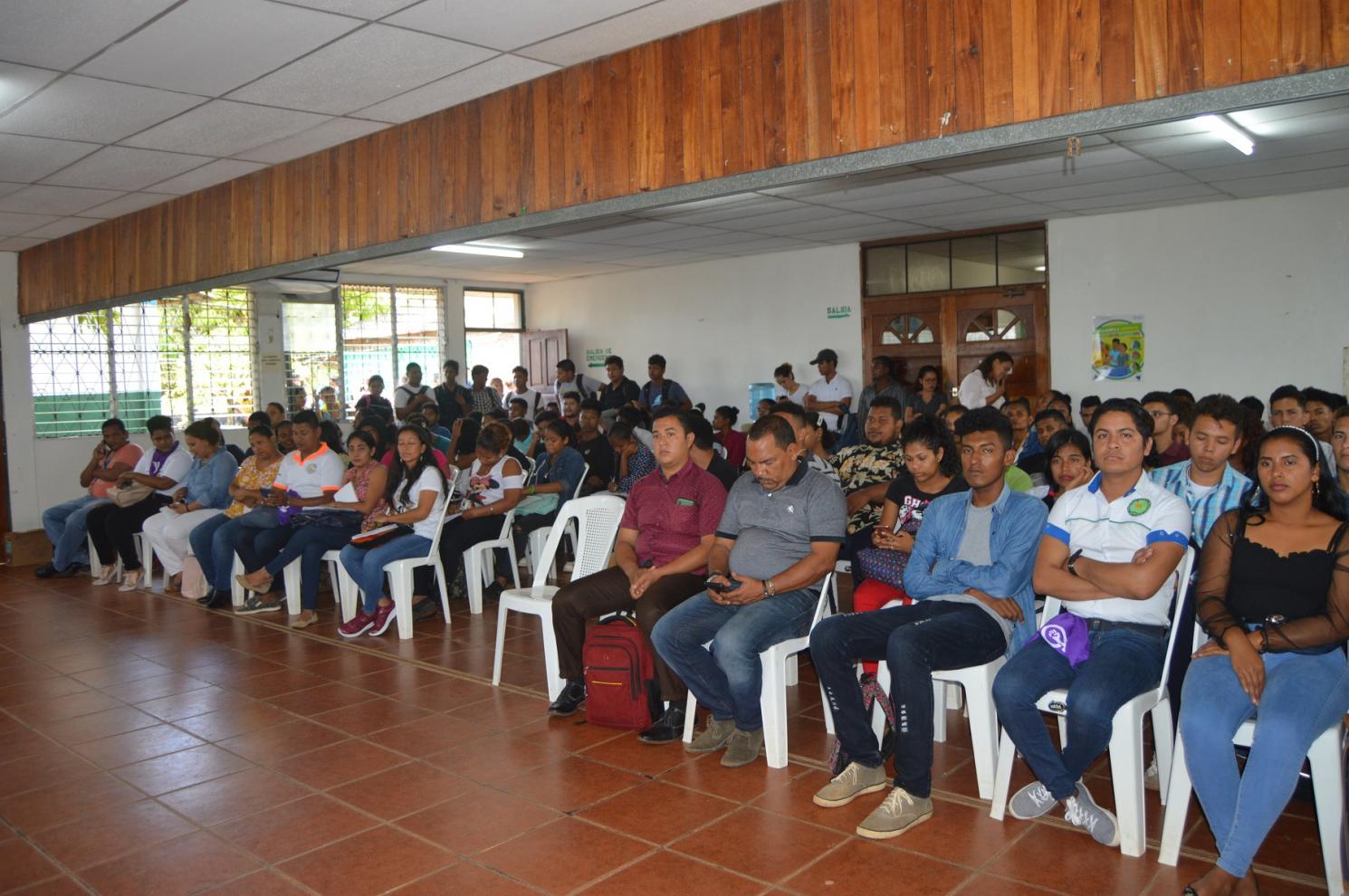 The Center for Multi-Ethnic Women's Studies and Information (CEIMM-URACCAN) in conjunction with Student Welfare and the Area of Health Sciences, of this house of intercultural higher education at the Bilwi campus, held a conversation within the framework of the UNESCO Chair and in commemoration of International Women's Day, where they had as special guests five panelists addressing the issues related to the historical struggle of women.

Enrique Cordón, PhD, vice-chancellor of URACCAN in this compound, stated that this day is to remember all that struggle that has historically been had to enforce the rights of women, "some elements that they have obtained has been the incorporation into the workspace, the fact that we can get married and divorced, decide the opening of a company, the issue of education has been a very important element that has been greatly strengthened and international laws" Assured.

Another important issue addressed by the vice-chancellor was the issue of education in girls, "The issue of pregnant girls is something that concerns us and leads us to think about how to carry out education processes to strengthen and help women, as An Intercultural Community University within our structure we work on this issue, the empowerment that women must have , empower themselves to defend their rights, the rights of indigenous women who have had the least opportunity to integrate into all social benefits," Cordón said.

This commemorative activity had a special moment to remember the legacy of master's degree Juliana Francis, who was one of the drivers of the struggles for the defense of the rights of indigenous and Afro-descendant women of the Caribbean Coast, the student of the SECOND year of Intercultural Medicine Jessica Ruiz read a brief biography of all the achievements achieved during the life journey , both in Bilwi and on his way through the Las Minas enclosure and in New Guinea.

In addition, students from the third year of Psychology in Multicultural Contexts Darrel Patterson and Sharanne Zapata gave a brief description of the framing of the historical context of the March 08 commemoration, "counting the achievements achieved by women's activism around the world".

Themes in the commemoration conversation

The beginning of the conversation was carried out by Shira Miguel, coordinator of the Nidia White Women's Movement of Bilwi, who addressed the theme "Taking stock of the recognition and exercise of the rights of women of different peoples on the Caribbean Coast, from an intersectional perspective".

For her part, Escarleth Jazel, coordinator of the Forward program held the theme, "Tracing the Paths for the Intercultural Empowerment of Women and Girls in Multicultural Contexts," Natzia Molina, Jenh-Cedehca coordinator, said, "New generations and their struggles for equality in the current context."

Finally, master's degree Anny Marley, coordinator of CEIMM at the Bilwi venue, discussed the, "Main challenges and challenges in achieving gender equality in diversity" and URACCAN teacher Jamilee Meissner detailed the theme "The role of education towards gender equality in multicultural contexts".