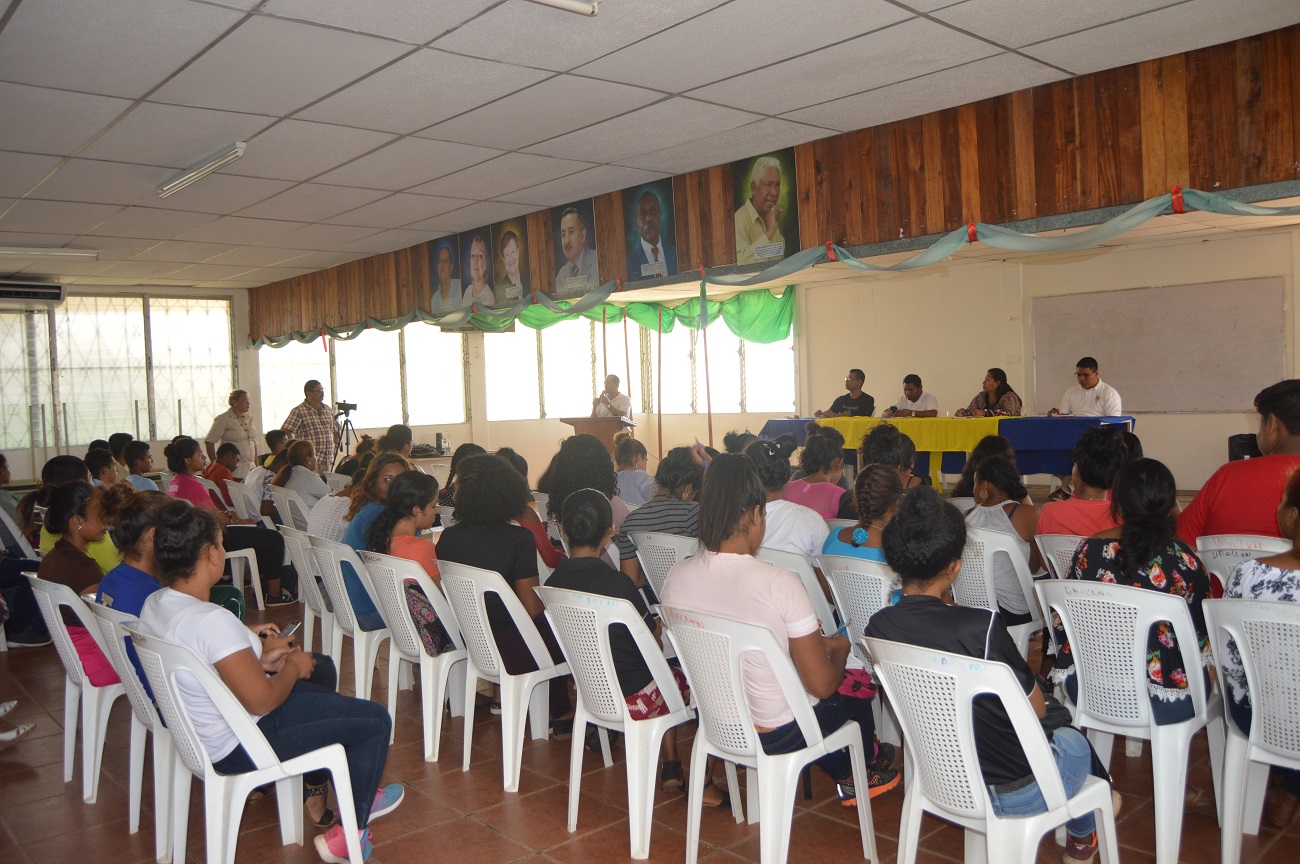 With the participation of students from the first year of Psychology in multicultural contexts and the second year of the School of Leadership, the area of Education Sciences in coordination with the Institute of Linguistic Promotion and Research and Cultural Revitalization (Ipilc-URACCAN), held a conversation to celebrate international Day of the Mother Tongue and national day of native languages.

The professors were the graduate Roy Alvarez, technician of the Regional Autonomous Education System (SEAR), the graduate José Luis Ocampo, teacher of the indigenous language subject of the university, also the graduate David Patterson, spanish teacher at the Bilwi campus and the Master Elizabeth Solomon, coordinator of IPILC-URACCAN.

The importance of mother tongues and native languages

Faced with this, the vice-chancellor of the Bilwi compound, Enrique Cordón, PhD, stated during his welcome message that this February 21 is a very important date because each of the mother tongues and native languages in the world are taken into account, "linguistic diversity is important for all peoples, including us as an Intercultural Community university within our policies we integrate indigenous diversity because we are a multicultural people" Exposed.

"We in our trolling programs always include the topic of knowing and studying languages, so we have subjects called Indigenous Languages and that is oriented to the objectives of continuing to rescue, promote and deepen the study of languages," Cordón said.

While those in charge of presiding over the conversation exposed the present student community, on the difference between the indigenous language and the native language, according to professor José Luis Ocampo there are several terms that conceptualize the differences between languages, "indigenous languages are the native languages of the Autonomous Regions of the Nicaraguan Caribbean Coast, among them are miskitus , Mayangnas, Creoles, branches and garífunas among them have the mother tongues that are more specific fall to the ethnic group that speaks their own language," the teacher said.

While graduate David Patterson explained that since Nicaragua's Political Constitution he recognizes existing mother tongues on the Caribbean Coast "I consider that we all have a mother tongue," Patterson said.