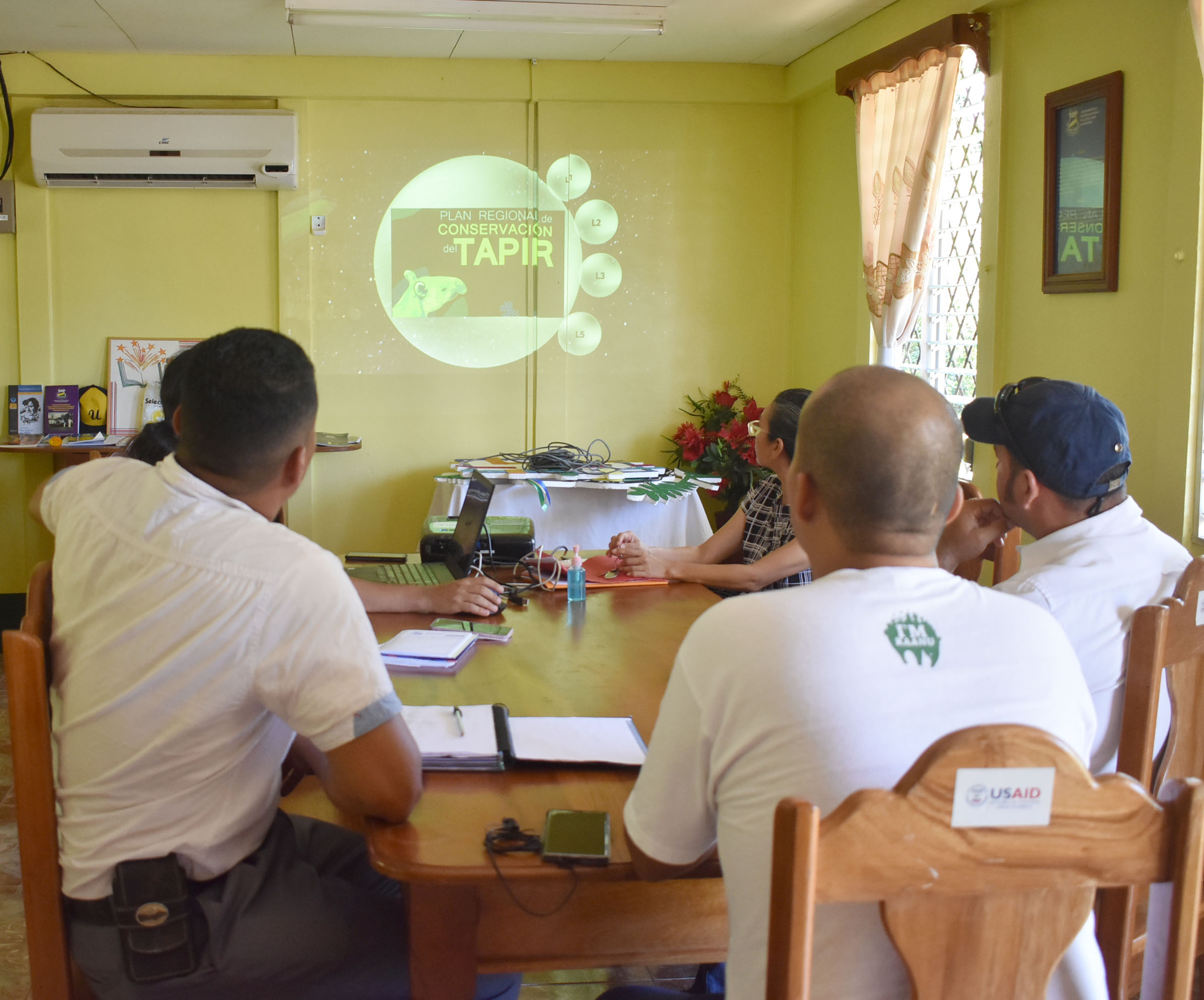 Planning meeting for the protection of tapir, endangered species.

Within the framework of the Tapir Species Conservation Project, URACCAN, since its Institute of Natural Resources Environment and Sustainable Development (IREMADES), has been working on a series of actions focused on raising awareness about the preservation of biodiversity on nicaragua's Caribbean Coast.

Teacher Xiomara Treminio, coordinator of IREMADES, shared that a regional plan for the conservation of this species has been developed, in conjunction with government institutions, territorial and communal leaders.

Presentation of the plan

Vice-Chancellor and members of IREMADES met with community leaders to address the implementation of the plan in their territories. "We met with representatives of the Awaltara Government, where the project was presented to reach an agreement on how to implement it together, based on their input, who are the main authors throughout the process."

"As part of the presentation of the project, we also met with members of the Rama Kriol Government, where we have already been taking action. They were also released some monitoring of forest fires that have been recorded in the area, this as part of the results that have been achieved this year to assess what can be done and with whom more to coordinate to make an impact in Indio Maíz, an area considered a wildlife reserve," Treminió said.

Since IREMADES, actions are being implemented in coordination with WCS (Wile Life Conservation), on the Tapir Conservation Project in Nicaragua, since July 2019.

"We have been developing actions in southern southern Nicaragua, specifically in Indio Maíz, in the communities of Rama Kriol territory; we have worked on raising awareness for the preservation of the species," concluded the coordinator of IREMADES.