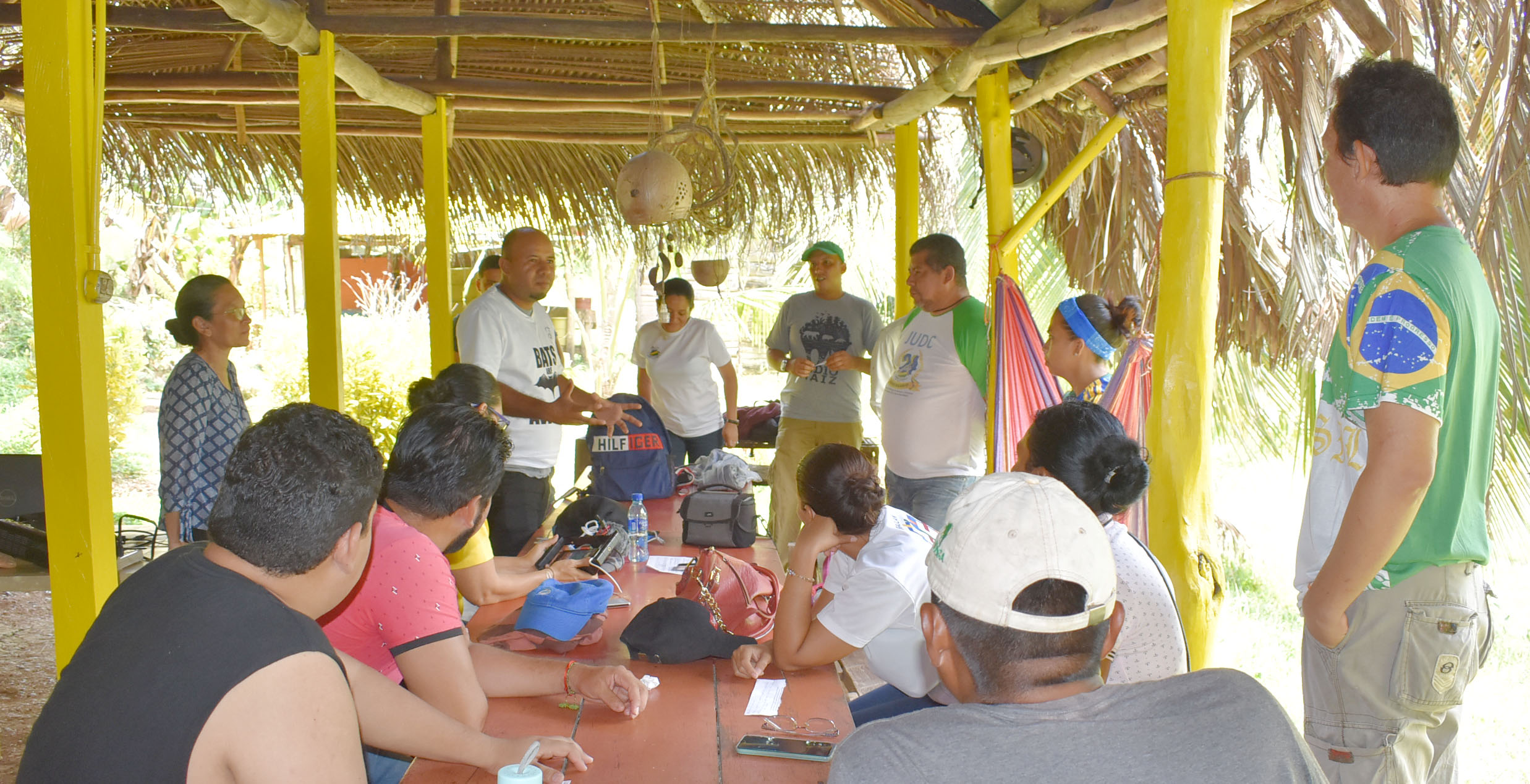 Participants of the conversation entitled "Connecting with Mother Earth".

As part of International Mother Earth Day, the University of the Autonomous Regions of the Nicaraguan Caribbean Coast (URACCAN), in its Bluefields venue, celebrated this holiday with a conversation entitled "Connecting with Mother Earth", coordinated by the Institute of Natural Resources Environment and Sustainable Development (IREMADES).

With a commitment to promoting connection and spirituality with Pachamama, this activity was carried out at the Occupational Center for Prevention and Reintegration for Adolescents and Youth, as part of this center's agreement with the university.

According to teacher Xiomara Treminio, coordinator of IREMADES, since International Mother Earth Day, 2020 is serving fifty years of struggle for biodiversity conservation, dating back to 1970.

The teacher argued that "we are promoting more specific actions, that is why as URACCAN we have an environmental commission, in which we decided to take this tour to the center to have a moment of coexistence, and discuss among all the members the problems that we have both internationally, nationally and locally; similarly in what we are doing as an intercultural community university to promote the care and protection of mother earth in the different territories."

In the same context, the topics addressed in the conversation were focused on the preservation of biodiversity and the fulfillment of the enclosure to the plan that is aimed at the mission and vision regarding strengthening the autonomy of peoples in harmony with Mother Earth.

Treminio explains that, "for URACCAN this commemoration is transcendental, because from the institute and the university actions are promoted in the different territories, on the preservation of biodiversity; for example, we are working in the South with the Reserve of Indian Corn, in raising awareness of the preservation of dant and other species, in this way our students are integrating into doing research."

Talk about awareness and noise impacts

The theme of noise was also addressed, according to the fact that the day of noise awareness is celebrated on 29 April; therefore, a technician from the environment area of the Mayor's Area was invited to share a talk about the effects of noise.

According to Treminio, "noise causes affectation to both humans and biodiversity with disruption, causing them to migrate from their natural habitat."

Walk through the downtown estate

After the conversation, the members took a walk through the downtown estate, where their manager, Mrs Georgina Perret, thanked URACCAN for the accompaniment she gives from IREMADES and the students of the Agroforestry Engineering and Ecotourism careers.

"Young people from the Agroforestry Ingeria career come here to hold workshops with URACCAN teachers; have practiced and learned about the texture of the earth, how it is mixed to improve it, and the whole process of preparing to plant the soil; other important projects with students are reforesting the forest and increasing coconut planting," explained Ms. Georgina.

According to the engineer Elvis Calero, technician of IREMADES, for this project of the coconut plantation have been established planting plots, with the aim of having an elite area of the farm.

Perret said he hoped to continue working with URACCAN on an upcoming project in the reproduction of medicinal plants.