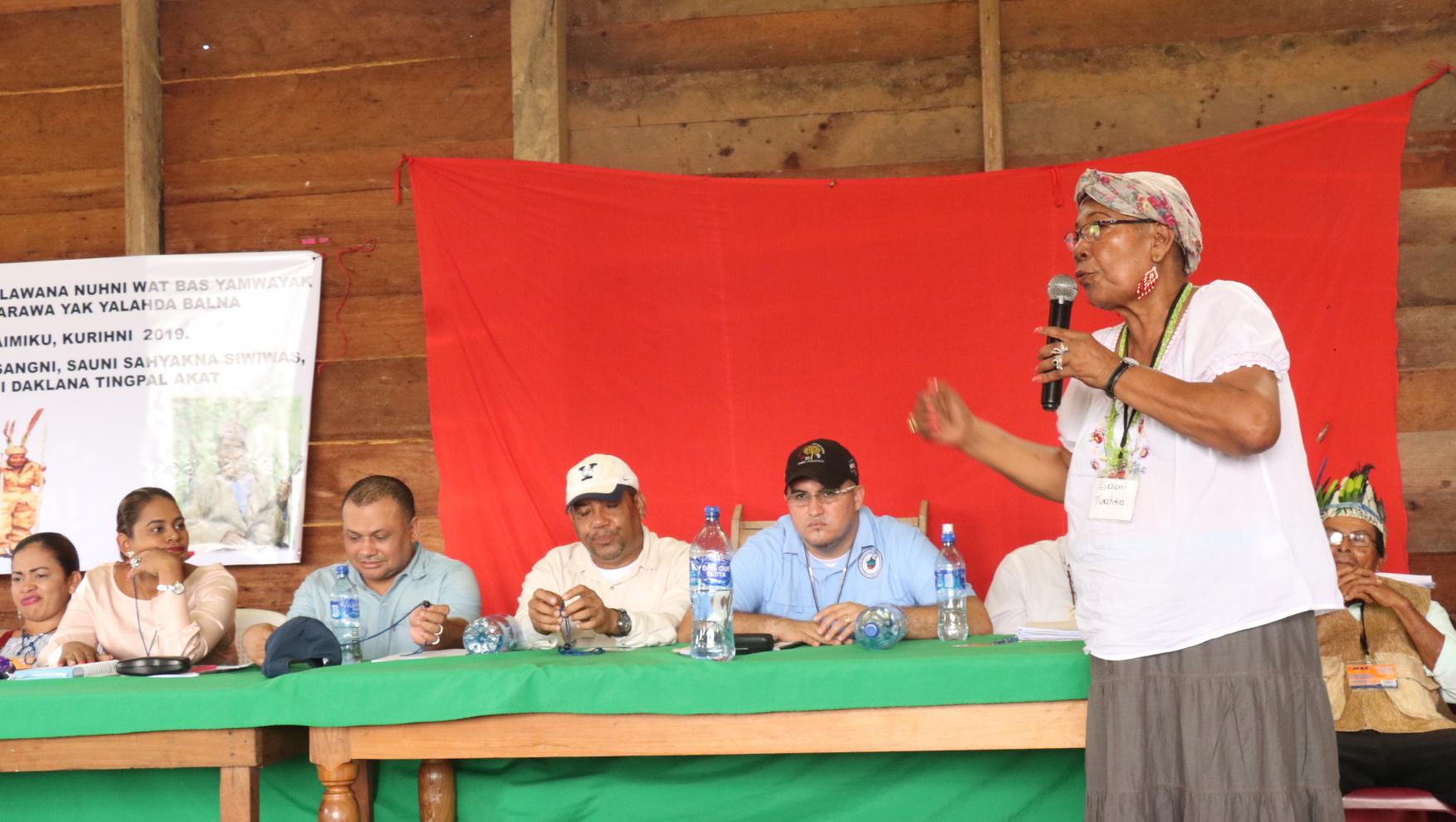 Accompaniment to indigenous territories in their ancestral processes

URACCAN, through its Institute for Studies and Promotion of Autonomy (IEPA-URACCAN) and the Center for Multi-Ethnic Women's Studies and Information (CEIMM-URACCAN), accompanied the indigenous territories in the realization of Sauda and Asanglawana, in Sikilta, jurisdiction of Siuna, in the Autonomous Region of the North Caribbean Coast of Nicaragua.

During these celebrations, the identity of the Mayangna people is promoted, through different ancestral activities and dances. URACCAN, in its Institutional Strategic Plan, states that in its community extension it develops the processes of accompaniment to the Territorial Governments and communities of the Caribbean Coast, so that they can develop their ancestral processes with relevance

During the development of these celebrations, Luis Herrera Siles, coordinator of the IEPA-URACCAN, said that "it was very flattering to see how the nine territories convened and the 75 communities, represented in his delegation, did not reject the proposal of their Indigenous Territorial Governments," he said.

For her part, Jacoba Dávila Molina, coordinator of CEIMM-URACCAN Las Minas, said it was a very beautiful experience, because URACCAN accompanies the processes in the territories "and helps us articulate actions to continue accompanying the territories", he detailed.

URACCAN, 25 years after institutional work, in Higher Education, continues to work on development processes with the identity of indigenous peoples, Afro-descendants and mestizos of nicaragua's Caribbean Coast.