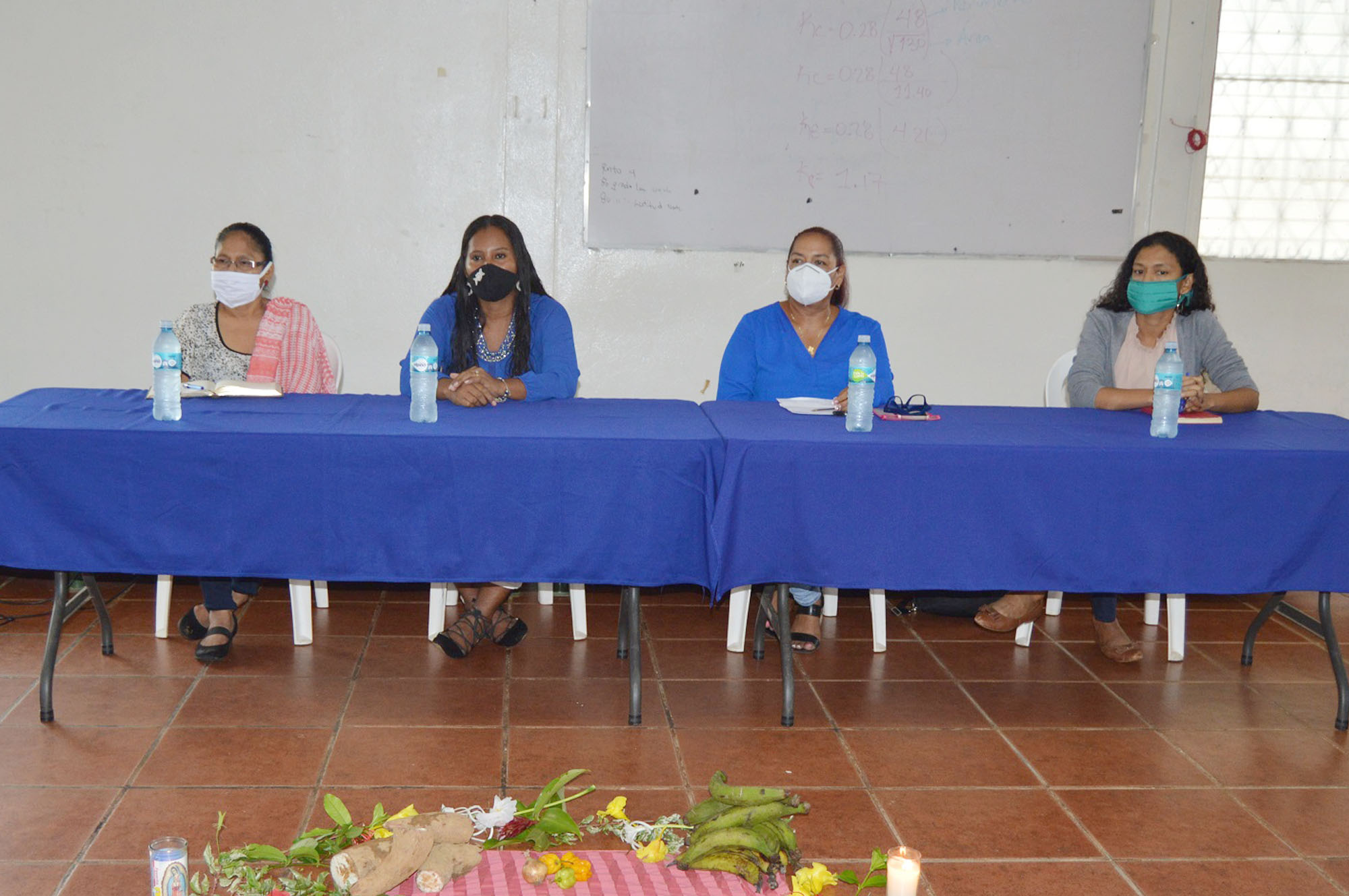 Every September 5th, the struggle of Bartolina Sisa, an indigenous Aymara woman, murdered in La Paz, Bolivia, is commemorated.

Reflection on the situation of indigenous women in the local, regional and national context

URACCAN, through the institutes and centres of the Bilwi campus, held a conversation on the situation of indigenous women in the local, regional and national context, in celebration of the International Day of Indigenous Women, which is held every 05 September in honor of the struggle of Bartolina Sisa, Aymara warrior who opposed colonial domination and was killed in La Paz Bolivia.

The activity involved students from the Sabatina modality of Sociology with mention in Autonomy, who were attentive to the exhibitions of the four guest panelists: Melva Esther McLean, being an Indigenous Mayangna woman, a member of the Mayangna Women's Government and director of the Research and Documentation Center in Bilwi; Silvia Malespín, coordinator of the Secretariat of Women in the Regional Government; Nadia Fenly, coordinator of the Research Program of the International Indigenous Women's Forum; and Jaily Pictan, student of Sociology.

According to teacher Elizabeth Solomon, coordinator of the Institute of Promotion, Linguistic Research and Cultural Revitalization (IPILC-URACCAN), the purpose of doing this activity is to be able to share with students the meaning of the struggles involved in celebrating International Indigenous Women's Day. "From URACCAN we are promoting the strengthening of identities, since the university is always framing how to strengthen values, URACCAN has prepared several human talents, Mayangna women," she said.

Melva Esther McLean presented about common findings and particularities about the impact and challenges of (the) COVID-19 on the lives of indigenous women, from the economic, social, cultural and spiritual spheres.

For Nadia Fenly, coordinator of the Research Program of the International Indigenous Women's Forum, celebrating this day is "recognizing the historical legacy and struggle that many women, many indigenous leaders have left us and who are unfortunately no longer with us today, but they opened that space to us, that path to the new generations," Fenly said.

Melva Esther McLean, an Indigenous Mayangna, said that through his intervention on the panel he was able to express that from the Mayangna people women have made great strides. "We have reached public spaces, taking responsibility in the spaces of being judges, being members of the trustee, we have made progress in education," the leader emphasized.

Finally, Silvia Malespín noted that gender policy is implemented from the Regional Government, which includes several strata, including gender equity, the eradication of violence against women, towards children, strengthening public policies and taking each family, to every home on the North Caribbean Coast. It should be noted that this policy was adopted within the Autonomous Regional Council of the Northern Caribbean of Nicaragua.