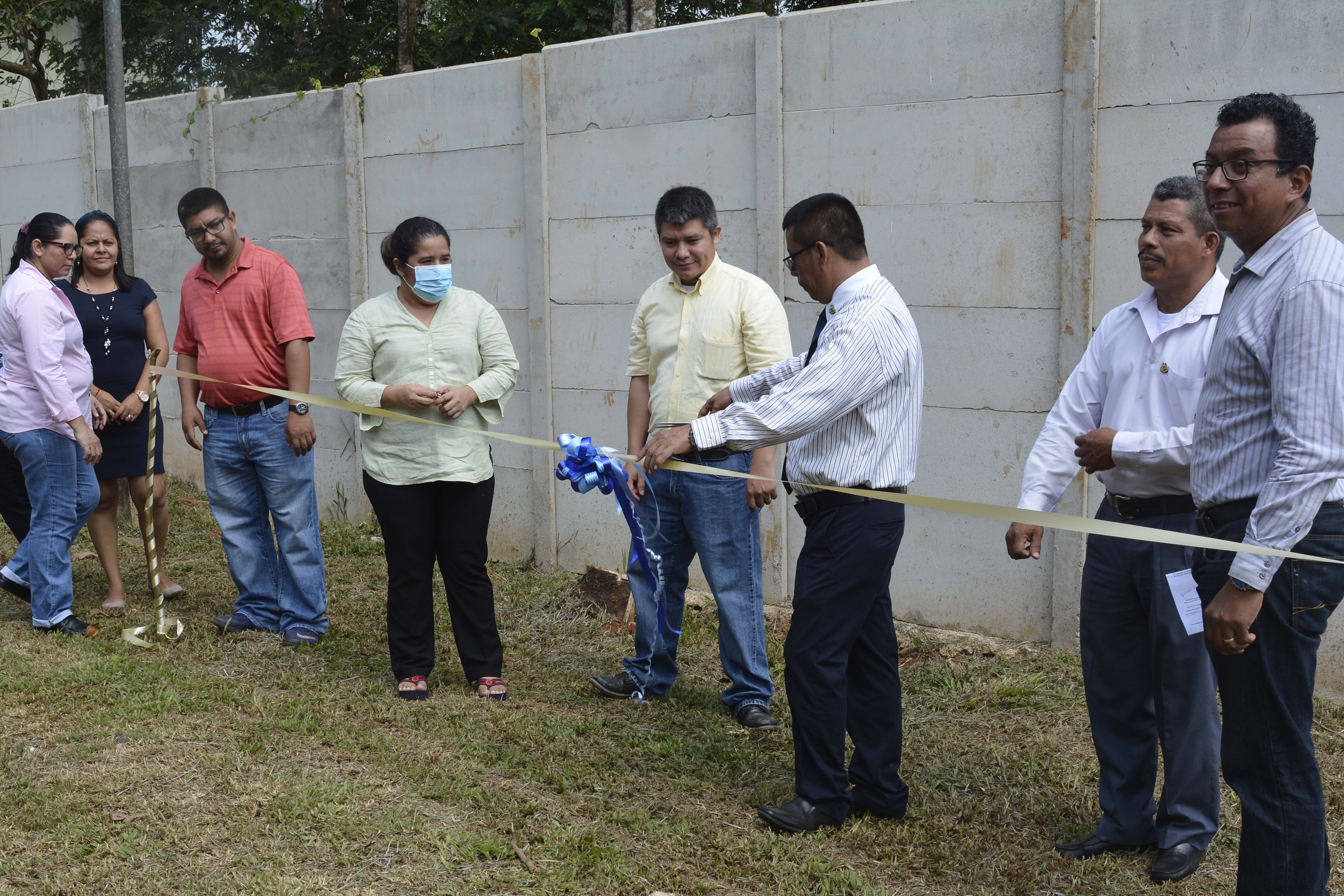 The university community of URACCAN New Guinea officially inaugurated, on Wednesday, April 22, the construction of 68 meters of perimeter wall, which confirms the institutional commitment to the safety of its students and staff.

The activity was attended by coordinators and managers of areas, as well as students, mainly of the civil engineering career. The inauguration was held outdoors, commemorating both the International Mother Earth Day and the support of the entire university community for the realization of this work.

During the inauguration, efforts were made to improve the infrastructure of this university campus and how staff and students have been fundamental, both for their economic contributions and for their work in the implementation of each project.

In this sense, the PhD Eugenio López Mairena, vice-chancellor of the campus, reported that "this achievement has been a joint effort of the university community, it is important to emphasize that the contribution of the study of the enclosure was twenty thousand hundred and twenty córdobas, permanent staff contributed 36 thousand one hundred and fifty-seven cordobas, while the complement to the work was taken from the development fund of the enclosure , which consisted of more than 70 thousand cordobas, for a total of more than 127 thousand cordobas".

López Mairena also stated that "this shows us that the entire university community, together, in harmony, working for the same purpose for the improvement and beautification of our facilities is possible".

For his part, the teacher Roder García Nicaragua, coordinator of External Cooperation, stated that "today we inaugurate the effort of administrative staff, teachers and students to establish guarantees to the university community during their training processes and ensure the safeguarding of technological, computer equipment and all those inputs that are useful for community and intercultural teaching".