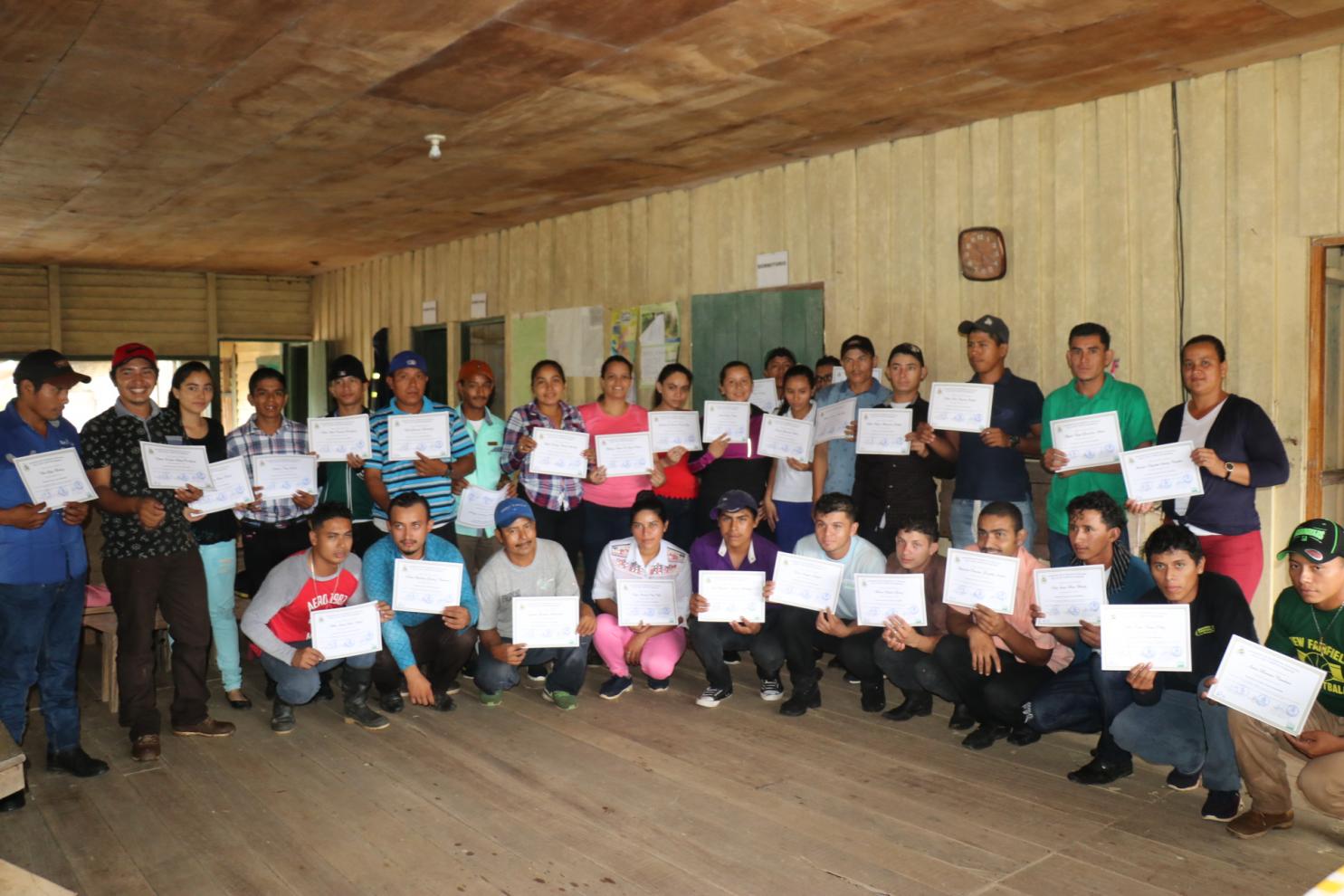 This weekend, the University of the Autonomous Regions of the Nicaraguan Caribbean Coast (URACCAN) delivered this weekend 30 young sons and daughters of cocoa producers, trained in the cultural cocoa course that aims to strengthen producers in the mining region to improve their cocoa productions.

For a week the young people remained in the classrooms of the university extension, visited the farms of several producers and finally shared with technicians of the company Kakau, in the community the Danto 47 kilometers from Rosita, where the course ended.

The master Yaneth Sevilla coordinator of URACCAN extension Rosita, thanked CRS, COMUCOR, Kakau, for contributing in the training of young people who are from 16 communities of Rosita and Bonanza, who saw several topics and that now it is only left to be put into practice in their plots.

"With this dedication of young people we are fulfilling what mandata our vision and mission is to train men and women with humanistic attitudes, sense of entrepreneurship and innovation, that tells us that these kids are going to innovate in their plots," Seville said.

Maria Eugenia Sequeira, representing the CRS, thanked all the actors who accompanied the cocoa course, taught by URACCAN.

"It is very important for CRS to train young people, this new generation who are open to new ideas, new knowledge and new technologies and new practices," she said.

Leyla Obando Sánchez of the Susun community above daughter of a cocoa producer, said that in this course she learned to make nurseries and maintain a cocoa plantation.

Obando said that as a producer's daughter, this knowledge is important because she can better help her dad, as well as make a profitable plot for better financial income.

Alexander Francisco Gonzales Jarquin, son of a producer from the Community of Santa Lucia in the Risco de Oro sector in Rosita, said that many of the young people who applied to the course did not have much knowledge about the management of cocoa cultivation, but now they carry the expectation of implementing them in their plots.

Dr. Alta Hooker, Rector of URACCAN signed an agreement with Catholic Relief Services CRS, which allows them to have mutual collaboration, under this agreement URACCAN gave the cocoa course to the children of producers that seeks to improve the living conditions of cocoa producers and producers of the Mining Triangle.