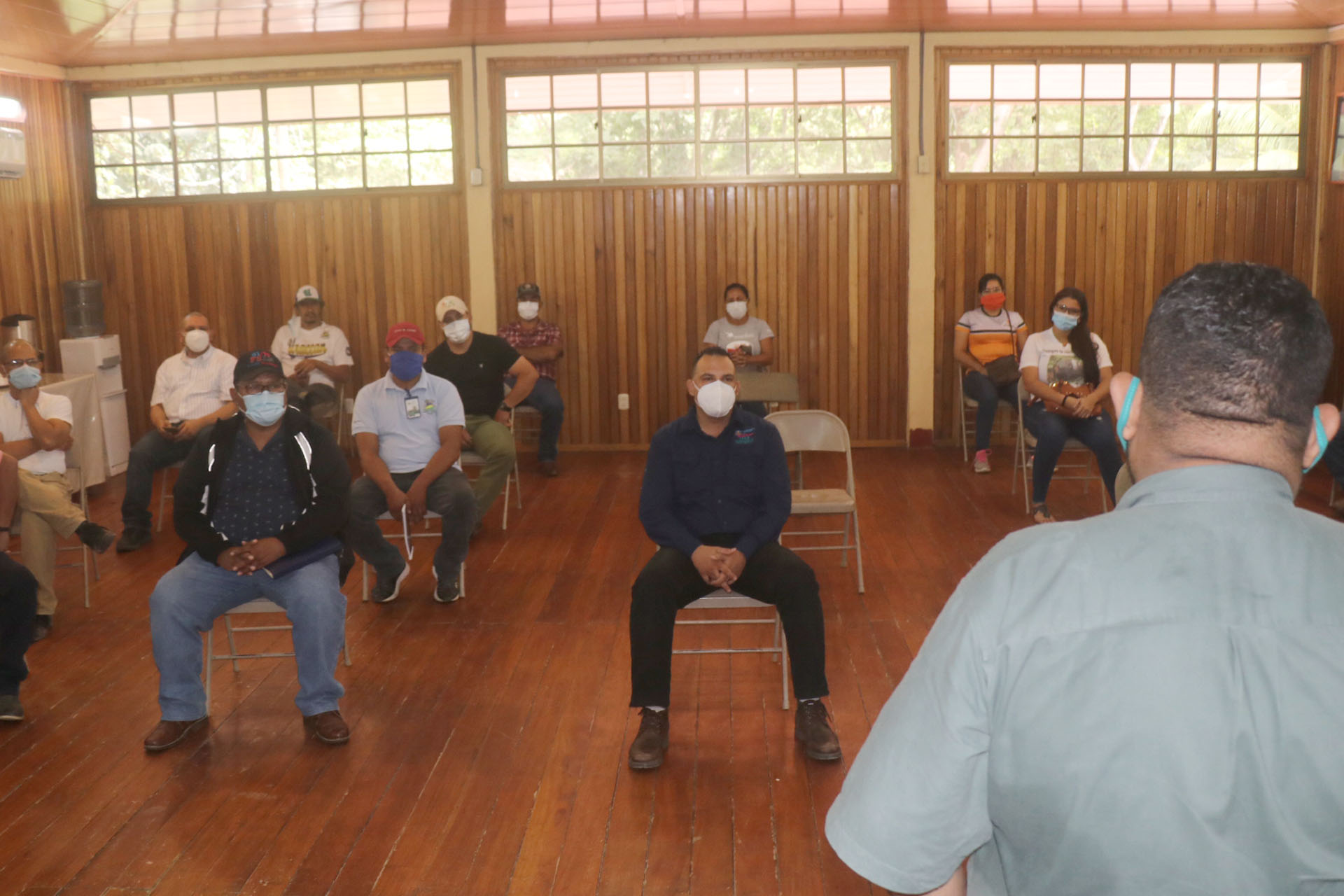 URACCAN and local actors posed the need for agroforestry with silvopastoral systems.

URACCAN, from its institutes and centres, and in conjunction with producers, did a FODA analysis.

As part of the strategic alliance between URACCAN and the Wildlife Conservation Society, a workshop was held with Siuna producers to address livestock-related issues and encourage the promotion of eco-friendly systems.

The Sergio Rodríguez master's degree, coordinator of External Cooperation in the Las Minas venue, explained that this is an effort that has been made of articulation between local actors and URACCAN based on a common objective in contexts where indigenous, mixed and Afro-descendant peoples seek to ensure that the processes and dynamics of livestock are a starting point for the well-being of Nicaraguan families.

"It is extremely important for URACCAN to know that today farmers have been growing and have been learning to make livestock, and one important thing is that we have already made our way and progress has been made in milking systems, energy bank, proteins, genetic improvement and pasture improvement," Rodriguez said.

One of the things that arises from URACCAN and local actors is that there is agroforestry with silvopastoral systems, low environmental impact and high economic profitability.

Major Commissioner Roger José Torres Potosme, head of the National Mining Triangle Police, reported that work has been underway with producers and the community.

One of the most livestock-producing areas in the whole country is the Mining Triangle, after the Southern Caribbean, which is in the first place; and the goal of the National Police is to work for the safety of the different economic activities that take place throughout the country.

The police chief addressed the issue of abigeate, which is one of the problems that livestock farmers have in the region, but producers often come to mediate and those who perform the abigeos go free and continue to commit this type of crime.

During the workshop with producers, the work carried out by the Institute of Animal Protection and Health (IPSA) in the Mining Triangle was unveiled.

URACCAN, from its Institute for Studies and Promotion of Autonomy, the Centres for Socio-Environmental Research, External Cooperation, the Institute of Environment and Sustainable Development, Vice-Chancellor and producers managed to determine the strengths threats, weaknesses and opportunities of the sector.

One of the strengths is that there is an association of farmers in Siuna, there is a stable meat and milk market, the collaboration of URACCAN and AGAPROSIU, training human talent to ensure veterinary medicine in the region.

The threats to the sector are climate change and its impacts on this sector (droughts and floods); another threat is the increase in pests and diseases that need to be addressed.

Among the weaknesses are that there is no industrial milk collection in Siuna and few producers who have intensive livestock management, many ranchers making livestock in protected areas of Bosawás.

The opportunities are that there is growth in international market options, there are favorable agro-ecological conditions for livestock in the humid tropics and government programs that are accessible to small producers.