Skip to main content
Founding and strengthening of URACCAN in its Waspam extension: A path of great conquests 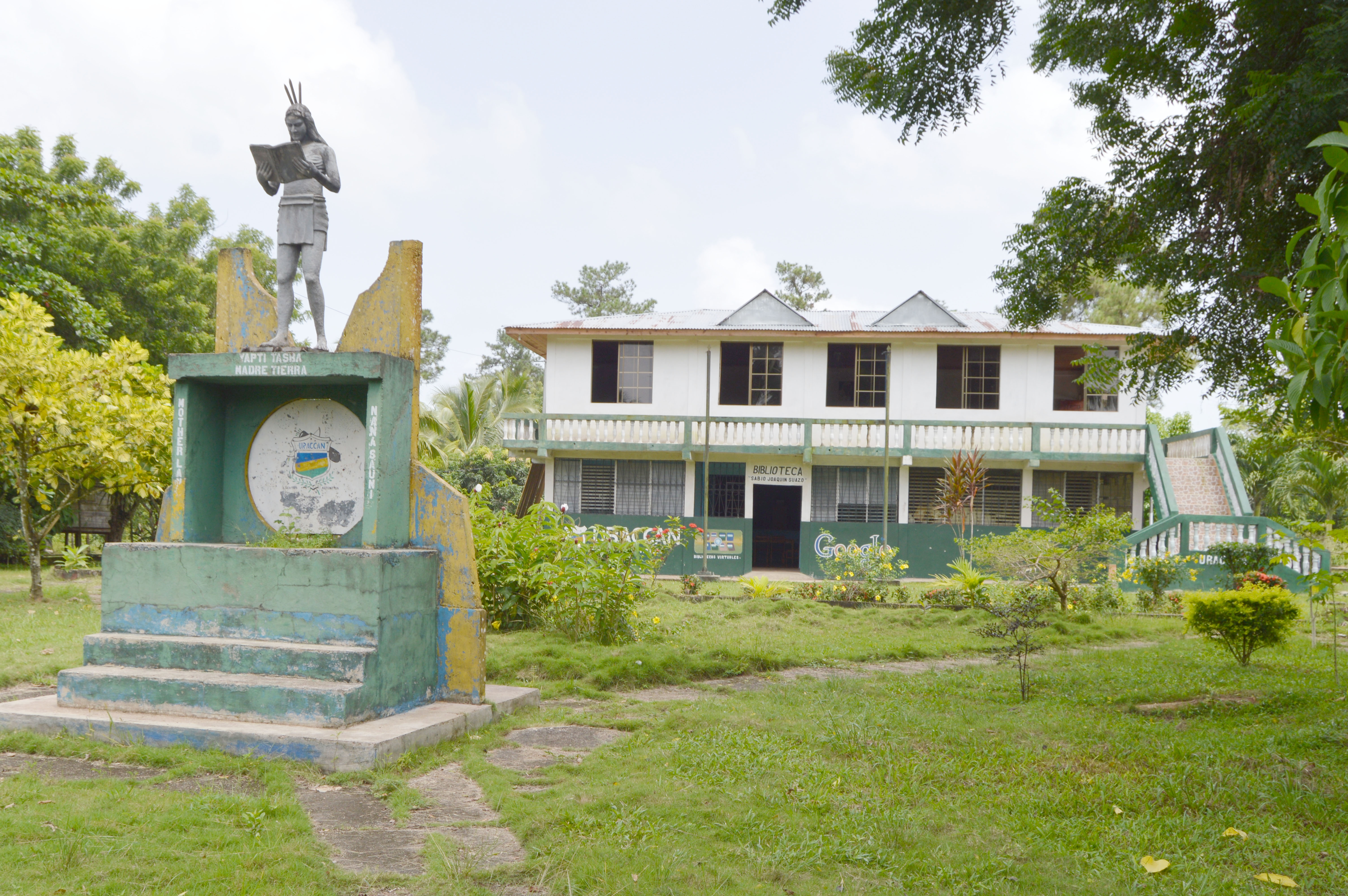 This university extension has graduated more than 800 professionals in the municipality.

Fulfilling your Mission and Vision

Waspam, has been characterized by being one of the municipalities of the Caribbean Coast richest in Natural Resources and with a unique ethnic diversity. In each home they maintain their own customs, traditions, worldview and preserve it in each space where they have the opportunity to express themselves. For many years it was a region with very few professionals, as they had to travel to other cities to get a technical career. However, in solidarity response, URACCAN created, in 1996, the Waspam Extension, which to date has graduated more than 800 professionals in the municipality.

In Waspam, the outstanding ethnicity is the miskita, but there are also Mayangnas and, of course, in minority the half-breed population. Since URACCAN was established in this city, various careers have been offered that are relevant to the needs of the region, among which the agricultural areas, Health Sciences and Pedagogy stand out.

One of the great limitations that URACCAN had since its inception was the lack of infrastructure, but thanks to the efforts of Dr. Hermes Castellanos, depending on the coordinator and, of course, with the support of the Rectory, the construction of the new facilities has been consolidated and this has given improvement to the extension of Waspam.

"From 1996 to 2005, the university did not have a base place here in the municipality, always the National Institute September 11 and the National School, supported us by providing us with a pavilion," Castellanos said.

Graduating professionals with relevance and quality

The first graduation made since the Waspam Extension was in 1998, where graduates were older adults, with an average age of 42 years, and who received in Agroforestry Engineering, Forestry Superior Technician, Senior Technician in Bilingual Intercultural Education, Professor of Middle Education in Pedagogy, Professor of Middle Education in Social Sciences and also Bachelor of History, told Dr. Hermes Castellanos , current coordinator of the Waspam Extension.

It should be mentioned that, because of the shortage of professionals in the city of Waspam, the teachers in charge of teaching in the extension were from the Bilwi compound. However, all this has changed in its entirety, since there are currently full-time teachers and schedules, who strengthen knowledge of the educational areas contemplated by the university extension.

The second graduation was effective in 2005, where new professionals, belonging to the communities and neighborhoods of Waspam, were received from the Senior Technicians in Municipal Development, Bilingual Intercultural Education and Intercultural Nursing, in addition to Agroforestry Engineering.

According to Castellanos, the municipality of Waspam has had a social, humanitarian and economic development thanks to the acquisition of professionals specific to the region, among the institutions that have been strengthened with human talents of the municipality, the Ministry of Health and the Ministry of Education, because new experts in Pedagogy, Social Sciences and History have graduated, and also in areas of health , such as intercultural nurses and nurses.

"This has come to improve the conditions of the teaching and learning process at the Mined, because they are professors who are graduating from the university with more experience and greater knowledge in the area of education," highlighted the coordinator of the university extension.

On October 03, 2020, the fourth graduation is scheduled from the Waspam extension, where new Professors in Middle Education (PEM) in Language and Literature and Social Sciences will be received; In addition, Waspam will have new Senior Technicians in Intercultural Nursing and degrees in Pedagogy.

It is important to note that, this university extension has been dedicated to respecting and giving a significant place to the knowledge of the wise and wise since the implementation of various diplomas, in these, participants have been leaders and leaders of communities and neighborhoods, where the main thing is to recognize the knowledge of the communities contextualized in the worldview of peoples.

According to the coordinator of the university extension, the most outstanding graduates have been under the themes of Food Sovereignty in different communities, Pedagogical Update, Malaria, with midwives and, of course, on HIV/AIDS.

"We are projecting development with identity, making the dreams of the community and community come true, of being professionals in an intercultural community university," dr. Hermes Castellanos said.

Expressions that contribute to the development of higher education

According to the Licda. Ricarda Dormus Gómez, who has been working for 12 years in the Waspam extension and is the current assistant of the Joaquín Suazo Wise Library, from 2008 to date there have been great changes to improve the conditions of the university extension, in addition, recognized that before in that municipality the population complained about not having a higher education institution and that they are grateful to have the URACCAN because they have contributed to the development of the society in general.

For her part, the young Jhersin Benjamin Williams, graduate of the bachelor's degree in Intercultural Nursing at URACCAN Waspam extension, called it important to have the university in this territory, because "before we did not have this access, we had to spend, look for means, go to Puerto Cabezas or elsewhere, but we did not have this privilege in Waspam", he stressed.

Benjamin also stressed that URACCAN respects its own languages, the worldviews of peoples, the identity of each Mayangna and Miskita ethnic group, as well as other beliefs. "He is also given the importance of knowing the medicinal plants and our customs of eating, our garments, our miskitas parties (...); URACCAN is a different university," she said.

While Vilma Chow, resident of the Kisalaya community, Waspam municipality and current master in University Teaching who offers this house of intercultural higher education studies, stated that having the university in this area reduces economic costs and certainly the time for the transfer of the student community, he at the same time told that, if the URACCAN Waspam extension had not facilitated this mastery , would not have had the opportunity to continue to professionalize.

"The fact that URACCAN has careers here that allow the community to continue to grow, strengthening our identity and at a super low cost, and not because it is of low quality but because they seek financing, all these things allow us to grow in the municipality because we bring significant contributions," Chow opined.

Human talents that contribute to the economy of the municipality

In 2005, the Waspam extension had only one full-time teacher, now with the great establishment and growth of the extension, it has been possible to hire new human talents that not only strengthen the university with its knowledge, but also contribute to the economic development of the municipality.

In this context, the extension now has a highly equipped library with books, magazines, Internet access for students to review digital bibliographies; it has an Academic Registration area where the student community has easy access to their academic histories, letters of graduates and letters from graduates, without having to travel to the Bilwi campus; there is also the Accounting area, Technical Support area; In addition, in this extension the university has one of its intercultural communication laboratories, Radio URACCAN Waspam, which has contributed to the dissemination of messages relevant to the needs of the population.