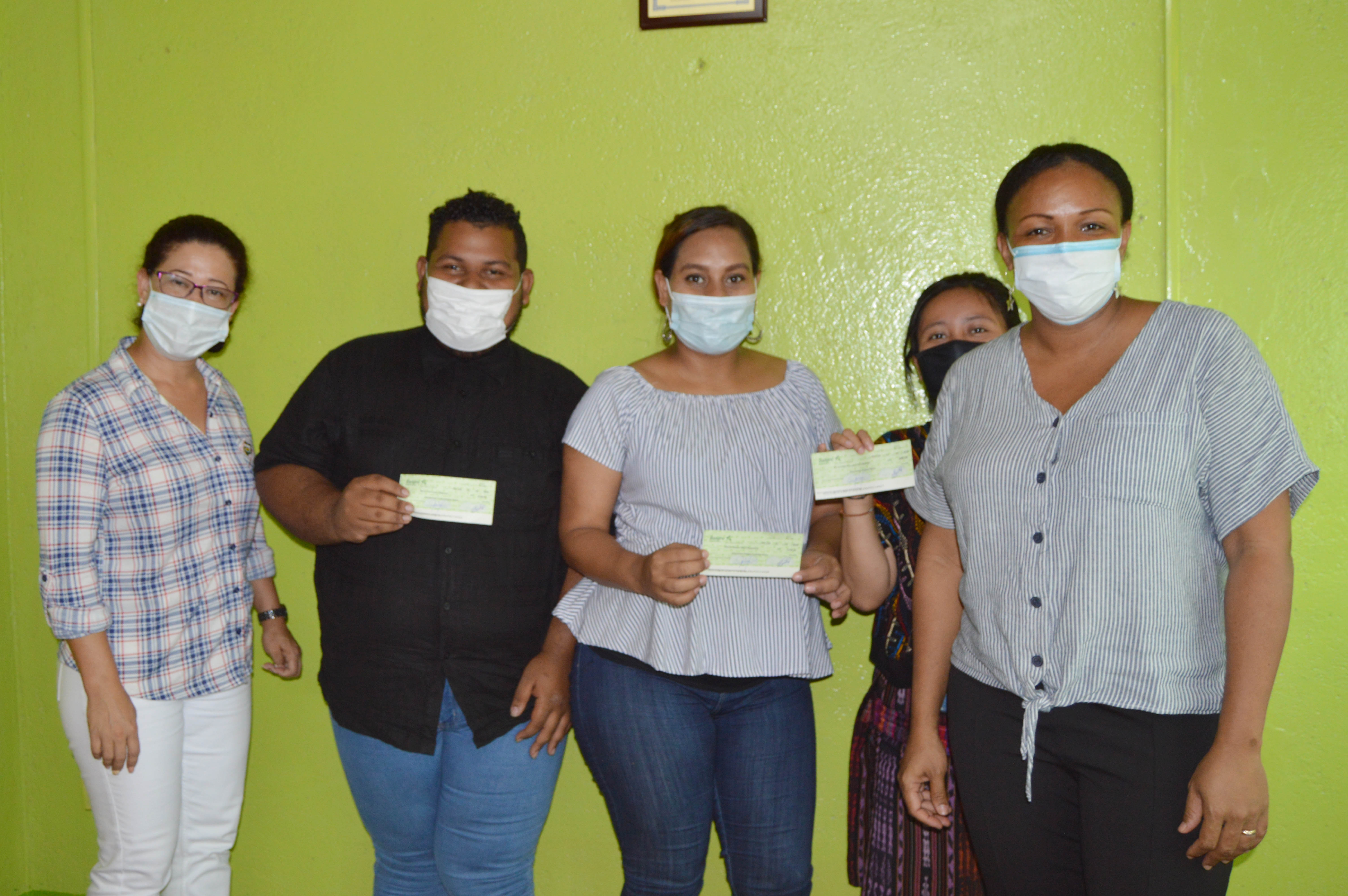 Marian Susana Taylor: "Thank you for trusting us in giving us the opportunity and URACCAN has supported us very much as students."

URACCAN, through its area of Innovation and Intercultural Community Entrepreneurship of the Bilwi campus, and with the financial support of the Norwegian International Student and Academic Assistance Fund (SAIH), provided seeded funds to three students of the Career in Psychology in Multicultural Contexts, whose business projects were selected to receive this important benefit.

McLean told the beneficiaries that within the URACCAN Mission is to create men and women with a sense of innovation and entrepreneurship, "the university has been strengthening their entrepreneurship plans, has been creating spaces, we officially have an infrastructure that is the Innovation Center, which the idea is to promote and have where boys can really innovate and also be able to undertake."

The academic also explained that, from this moment on, they are making a commitment to the university and are an inspiration for other students. "It is key the work you do, the responsibility, the commitment to which you assume this seed fund, to congratulate you on being the first beneficiaries with this fund, thanks to the support of SAIH and thanks to the support of the management of the innovation area of URACCAN," she said.

For her part, teacher Forbes explained to beneficiaries that these kinds of opportunities are not offered by other universities, for that reason, they should make the most of the funding provided for their businesses, "that's why they were chosen, because we know they are responsible people, (...); they're not going to be left on their lads, they're going to be tracked."

In the three beneficiaries, a total disbursement of $2,060 was made, which was handed over to three new entrepreneurs from Bilwi, Puerto Cabezas.

Feelings of commitments, satisfaction and thanks

Darrel López Patterson is a 24-year-old boy, who has been in eredurism for more than 10 years. "My goal right now is to set up a business and be visible to people, so I thank the university, the Innovation Center, SAIH for giving us this opportunity to start again," he said excitedly.

López Patterson emphasized the fulfillment of the university's Mission and Vision, "in creating, motivating, encouraging students who want to create or do their small businesses and URACCAN supporting those people."

While the young Marian Susana Taylor, who is two years old offering jewellery products to the entire Buenos Aires population, now, being benefited from the seed fund, is excited and grateful to URACCAN, "my business is called Tayshu Varieties, where I will be offering the general population, especially women, what is clothing, jewelry and everything that is fashionable (...); I feel very good, grateful that they trusted us to give us the opportunity and URACCAN has supported us very much as students," he said.