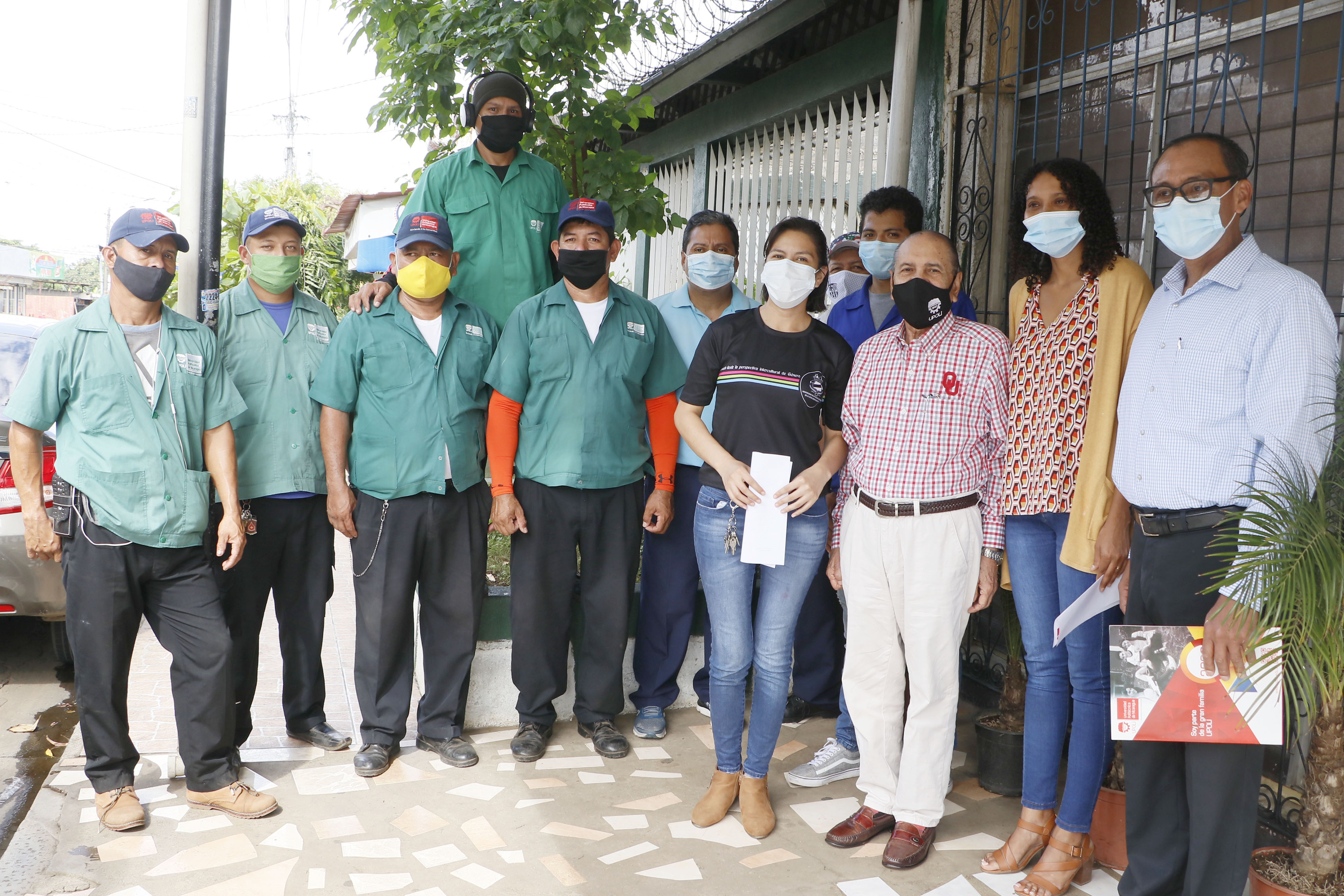 Authorities of URACCAN together with the rector of UPOLI, Dr. Norberto Herrera, with his support team, during the reception of his humanitarian aid.

UPOLI addresses the call for solidarity, turning its word into an act

Faced with the devastating context in which the families of Nicaragua's North Caribbean Coast are still in the wake of the two fierce hurricanes, Eta and Iota, the Polytechnic University of Nicaragua (UPOLI) said "Present" to URACCAN's call through its solidarity campaign.

It was Dr. Norberto Herrera Zúniga, rector of UPOLI, who was introduced to the URACCAN Liaison Office, located in Managua, to deliver a significant donation, divided between medicines, food packages, clothing packages and cash assistance.

For his part, Dr. Norberto, who came with his support team, assured that this show of solidarity has been in conjunction with all of those who are part of this institution of higher education, among officials, teachers, students, where each has made his contribution to make this action possible.

Similarly, Dr. Herrera took the opportunity to send a fraternal message to the Caribbean brothers and sisters, so that they would remain resilient in the midst of the tragedy. "The Eta and the Iota have left destruction, but the people of the Caribbean Coast are a brave people who are going to rise up and will continue in progress, so we encourage them to have hope to overcome this crisis," he said.

In addition to this important donation, other actions have been taken to support those affected by these hurricanes. Currently 30 UPOLI students are in the Bilwi compound, accompanied by their vice-chancellor, who are accompanying the university community of URACCAN, with the aim of developing a full report on the affectations and presenting it to the National Council of University (UNC), who will assess the damage and take actions to rebuild the areas destroyed by hurricanes.

"They are volunteers led by the vice-chancellor, as an expression that it is not only the word, but also very concrete actions," Dr. Herrera concluded.

URACCAN deeply appreciates, in its own name and of the peoples of the Caribbean Coast, this noble gesture of UPOLI. It also appreciates each of the shows of solidarity that sister institutions, friendly bodies and society in general have had for Caribbean families and with the university institution itself.