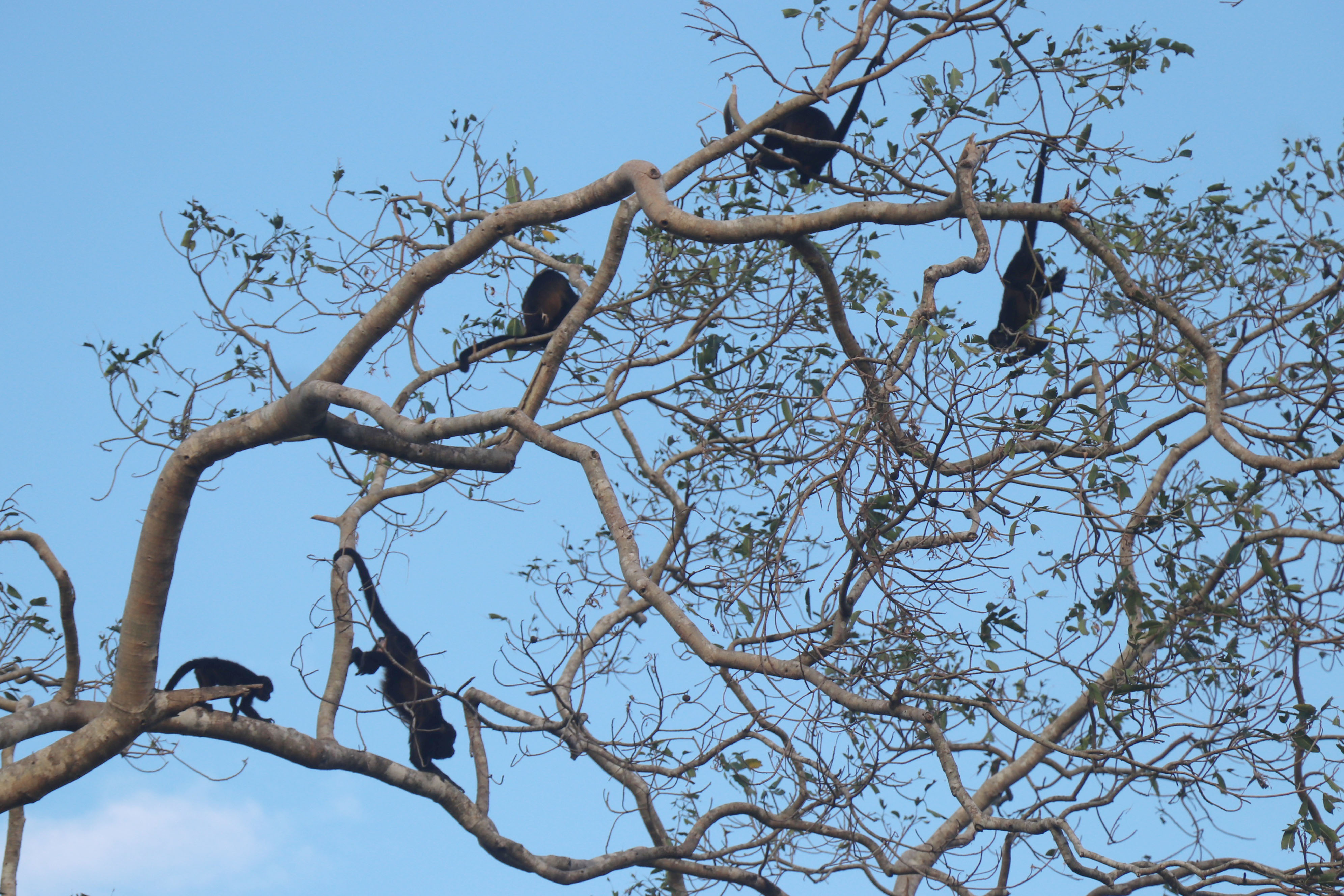 These primates are also known as howler monkeys and like to live in herds of up to 50 individuals and in high-altitude trees.

After two hurricanes pass through the North Caribbean, wild animals have run out of habitat and without food. During the tragedy, many images shared by URACCAN's intercultural communicators showed how many species died, on the coasts and in the forests. However, some are still struggling to survive.For this reason, this house of intercultural higher education and the Ministry of Environment and Natural Resources (Marena) brought food to twelve Congo monkeys that were left surviving in the only giant tree that stood in the Ojo de Agua community in Siuna.

Saúl Castillo, Marena delegate in the North Caribbean, in articulation with URACCAN and deputy Enrique Urbina, who donated bananas, set out to attend to the congoss monkey colony, a designated community, which is 30 kilometres from Siuna. Since their entire surroundings were destroyed, they have no habitat or food.

The Marena delegate assured that, by guidance from the Central Government, the task of monitoring the behaviour of fauna in the territory and articulated with institutions such as URACCAN work to raise awareness among producers in the region to protect the surviving animals.

"We have encountered a diversity of fauna in critical condition; we have found loras, tore, we even found a tapir (danto) in the community of Mongallo, something that was surprising, in the courtyard of a house, thank God it was managed to be returned by tapir to its habitat," Castillo said. Today, also with the support of the private wildlife reserve Altamira, it was possible to bring food to these animals.

Luis Herrera Siles, of URACCAN, reported that from the first hours he coordinated with the deputy Enrique Urbina and managed to have food to take them to the Congo monkeys, who have more than 20 days of surviving in the same place. In addition, he called on the population to protect animals that are baffled by habitat loss and now only biodiversity, which is everyone's responsibility, remains to be taken care of.