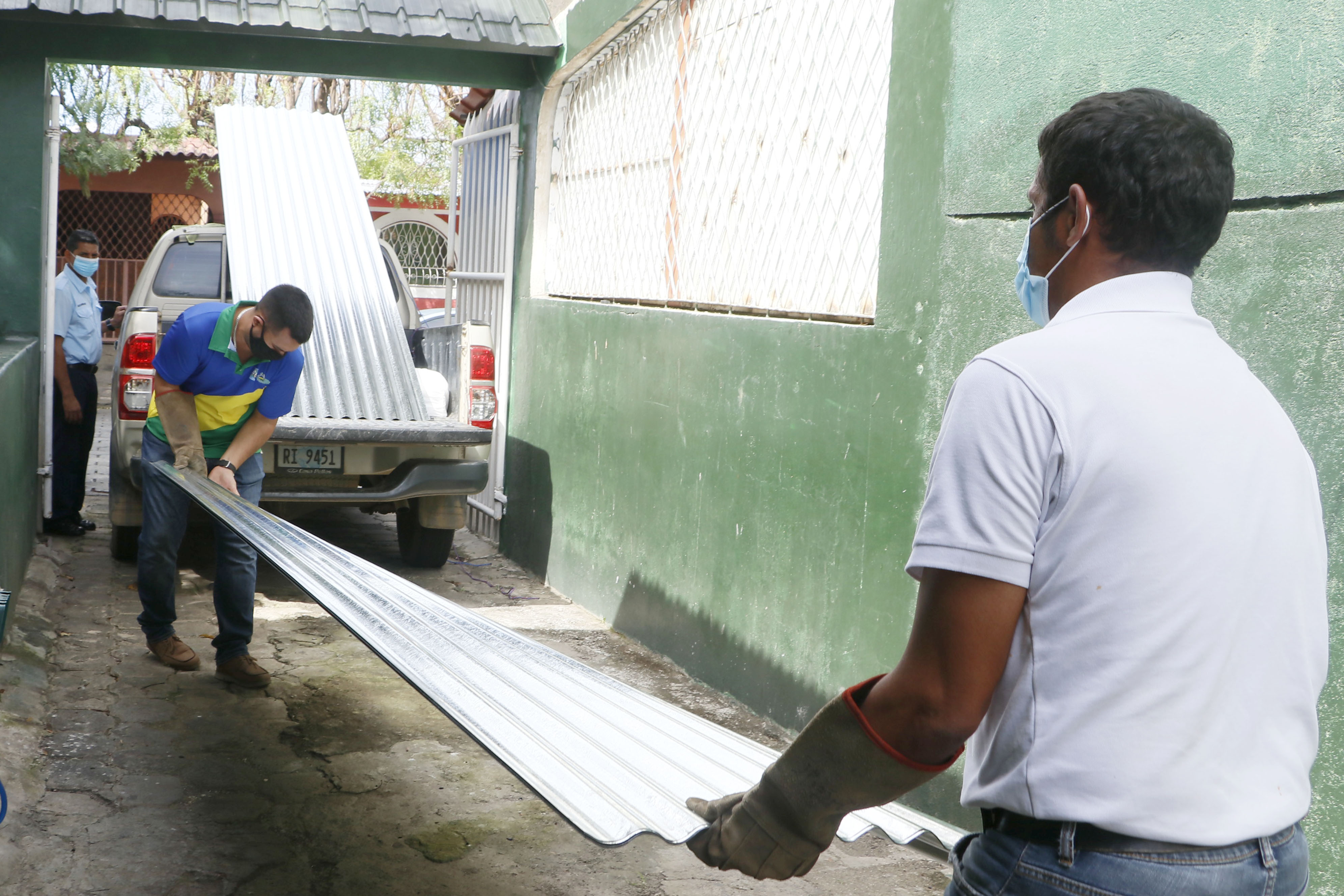 "We know it's been a tough process for you Caribbean brothers, but don't lose faith, everything will get better."

Once again, first in the face of the hard blow of the Eta, and now, after the tragedy caused by the Iota, antonio Valdivieso International University (UNIAV) and the Dominican Fathers Community of Rivas have steadiized with the families of the North Caribbean Coast, sending them their significant support and fraternal message through URACCAN.

Through Mr. Julio César Arce Jerez and on behalf of the Dominican Fathers, the rector of UNIAV, Fray Carlos Irías, sent his donation this morning to the URACCAN Liaison Office in Managua, accompanied by a message of faith, strength and hope for families affected by both hurricanes.

"UNIAV and the Colegio Santo Domingo de Guzmán have joined forces to bring this small donation, first through food (during the Eta) and today with some zinc sheets (35) and bolts (during the Iota). We know it's been a tough process for you Caribbean brothers, but don't lose faith, everything will get better. Don't be distressed. Don't be lonely. There are a lot of people here who have good intentions of wanting to support them. We sincerely hope that these adversities will gradually be overcome," Mr Arce said on behalf of Friar Carlos Irías and the Dominican Fathers Community.

Arce also sent a message to the Nicaraguan people: "I urge others and institutions to put their hands on their hearts, to support and to be in solidarity with this noble cause."

Meeting of rectors and rectors in Bilwi, Puerto Cabezas

The rector of URACCAN, Dr. Alta Hooker, today receives in Bilwi a commission of rectors and rectors of the National Council of Universities (UNC), including Fray Carlos Irías, to make a detailed damage report, on which solidarity actions will be planned.

URACCAN deeply thanks UNIAV and the Dominican Parent Community for their unconditional and generous support, as well as all those who have contributed to the noble cause of the Caribbean Coast and the peoples who inhabit it.