Skip to main content
The URACCAN family of the New Guinea precinct, united by an altruistic cause 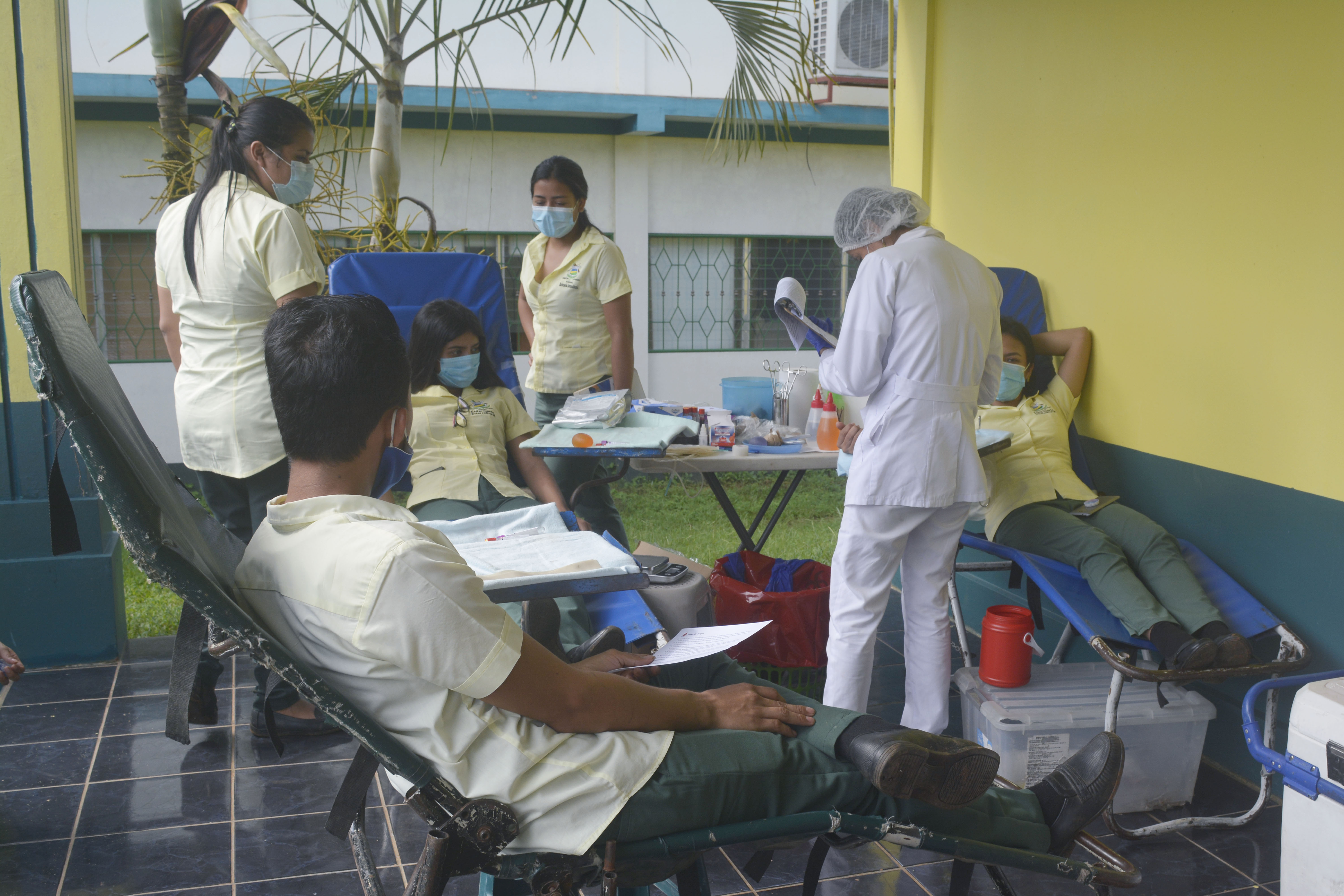 Students of Intercultural Nursing during the blood donation process.

This altruistic act is already a tradition in the New Guinea precinct.

URACCAN students and staff at the New Guinea campus supported the Blood Bank of Nicaragua by donating altruistic blood as part of institutional action to save lives and give hope to people in need of transfusion.

The activity that has become a custom for years among the university community of New Guinea. In this regard, the promoter of the Blood Bank of Nicaragua, Heydi Bermúdez, assured that "The university, since 2010, has always had a good readiness, both administrative staff as well as students, we are given the space and are also donors".

According to the civil service, "blood is to supply hospitals in the region, and URACCAN has pioneered what blood donation is and whenever we come we have taken about 80 units of blood."

URACCAN, united by the cause of saving lives

The second-year student of Intercultural Nursing at this campus, Yendri Melisa Reyes, who participated as a donor, said that "transfusions are not only part of the treatment of certain diseases, but also that they save lives from gravity, accident bleeding and, as nurses, it is our duty to help."

Francisco Fargas, a student and blood donor, said that "blood is a vital fluid and donating it is helping others, a single donation can help save three people." In turn, the young man extended the invitation to the entire university community to join the cause. "As nurses, helping people is paramount and moral, too, because to help save lives we are preparing," he added.

According to experts, blood, once removed, has a limited lifespan and there are rarer blood groups than others, hence sometimes, especially in the face of natural disasters or accidents, donation becomes extremely important.